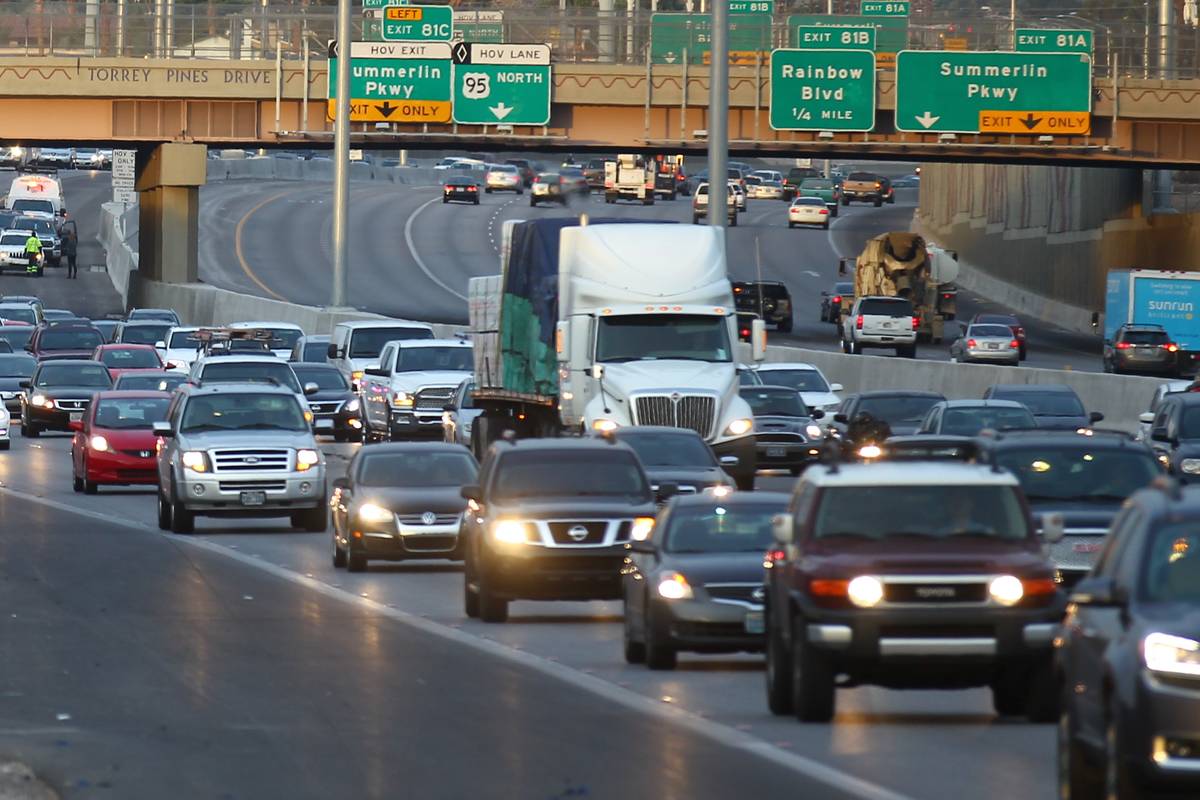 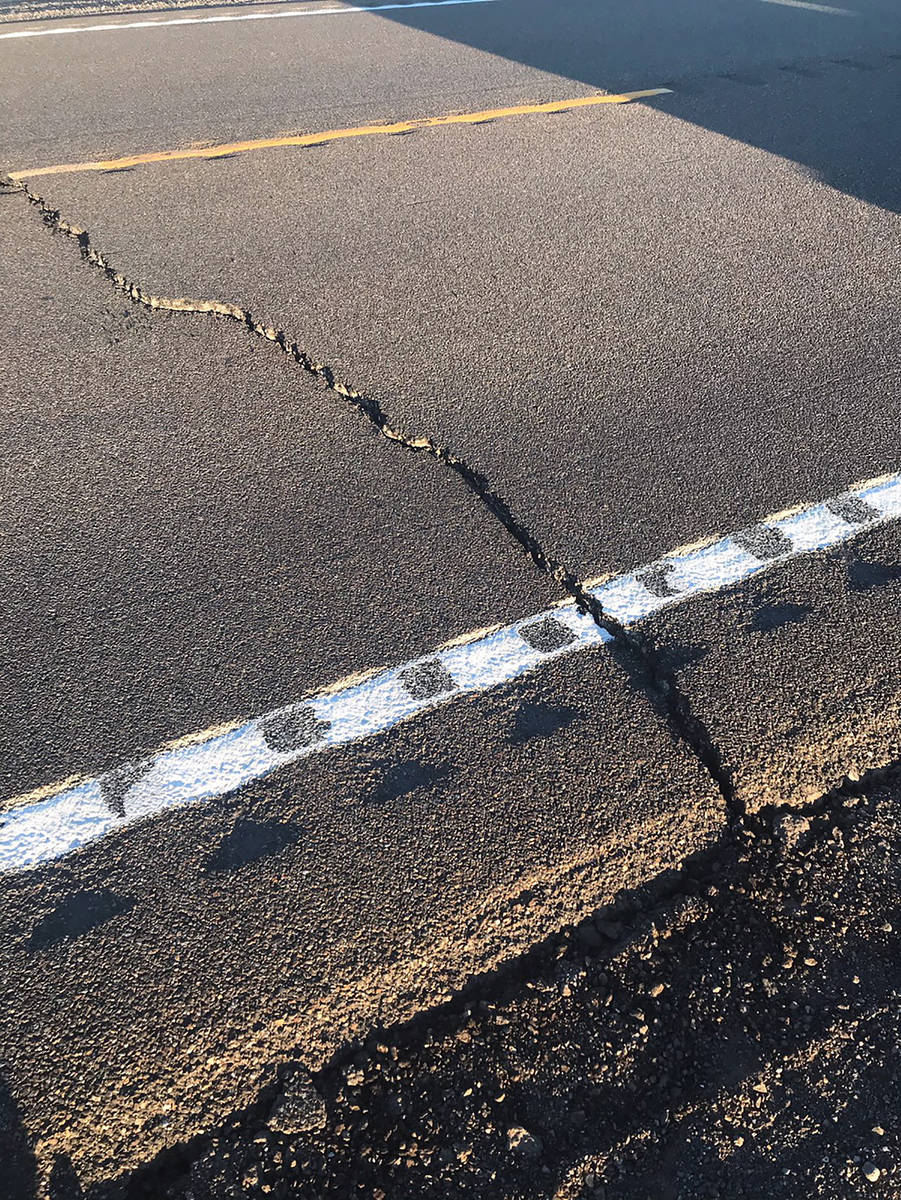 Cracks in the pavement show some of the damage caused to U.S. Route 95 by a May 15 earthquake centered 20 miles southeast of Mina. (Nevada Department of Transportation)

Parents of teenage drivers should prepare their children for the influx of vehicles expected to be on area roadways as Nevada enters the second stage of its reopening plan and more businesses and recreational activities open up.

The additional traffic as COVID-19 restrictions are lifted could make an already dangerous time for teens behind the wheel even graver, according to AAA Nevada.

Over the past decade, 51 people were killed in crashes involving teen drivers in Nevada in the period between Memorial Day and Labor Day, according to AAA.

To help keep those numbers from growing, parents should practice safe driving behaviors and ensure their teens follow their lead when they’re behind the wheel.

“The last decade of crash data shows teens continue to be overrepresented in crashes. Summertime marks an important time for parents (to be) extra vigilant of their children as they set out to drive,” said Sergio Avila, AAA Nevada spokesman. “Our data shows that for every mile driven, new teen drivers, ages 16-17 years old, are three times more likely to be involved in a deadly crash compared to adults.”

Teen drivers are at a higher risk of crashes simply because of inexperience on the road.

Also, teen drivers are more likely to engage in risky behaviors while driving. About 72 percent of teen drivers between the ages of 16-18 admitted to engaging in at least one of the following risky behaviors in the past 30 days, according to the new AAA Foundation Traffic Safety Culture Index:

— Driving 10 mph over the speed limit on a residential street (47 percent).

To keep roads safer this summer, AAA encourages parents to talk with their teens about dangerous behavior while driving, such as speeding, impairment and distracted driving.

Before allowing a teen to hit the road on their own, parents should carry out at least 50 hours of supervised practice driving with their teen, AAA recommends.

U.S. Highway 95 in rural Nevada will close for two weeks as crews tend to damage done by last month’s earthquake.

U.S. 95 between the U.S. Route 6 and state Route 360 junction will be shut to traffic from 6 a.m. Wednesday through 4 p.m. June 17 in Esmeralda and Mineral counties, the Nevada Department of Transportation announced last week.

The highway sustained damage after a 6.5-magnitude earthquake occurred on May 15 approximately 20 miles southeast of Mina. The stretch of highway sees about 2,300 vehicles travel on it daily.

As a temporary fix, department maintenance crews shaved down cracked roadway surfaces with up to 3-inch gaps along a half-mile-long section of U.S. 95 roughly 6 miles north of Coaldale.

The largest repairs included a 9-foot-wide full depth pavement makeover and a 40-foot-wide patch across the highway, allowing the highway to reopen the same day.

Motorists will be detoured along U.S. Route 6 and state Route 360, resulting in up to 30-minute travel delays.