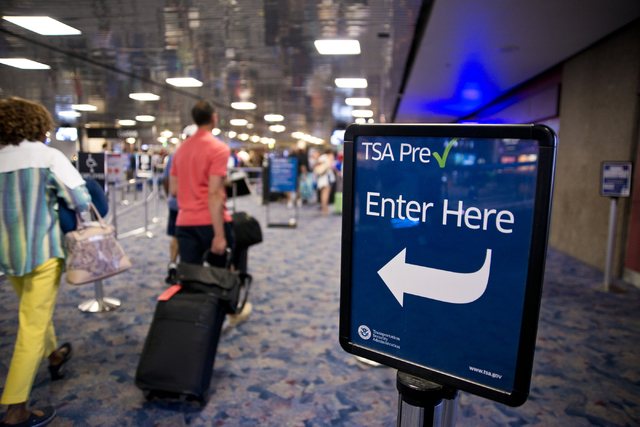 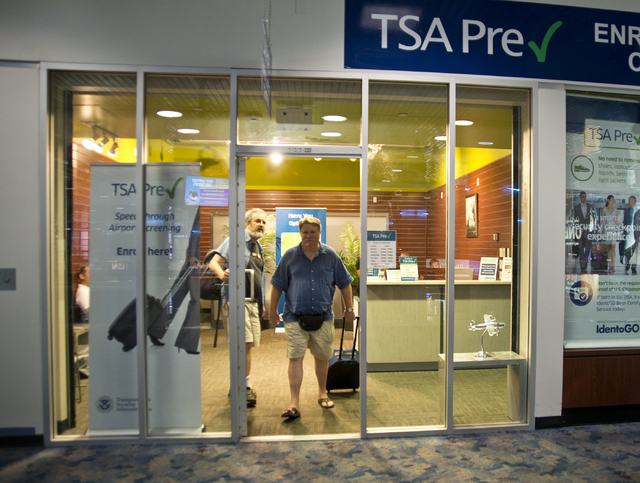 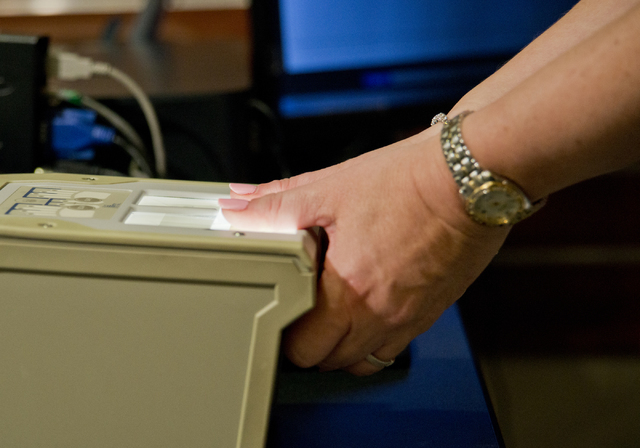 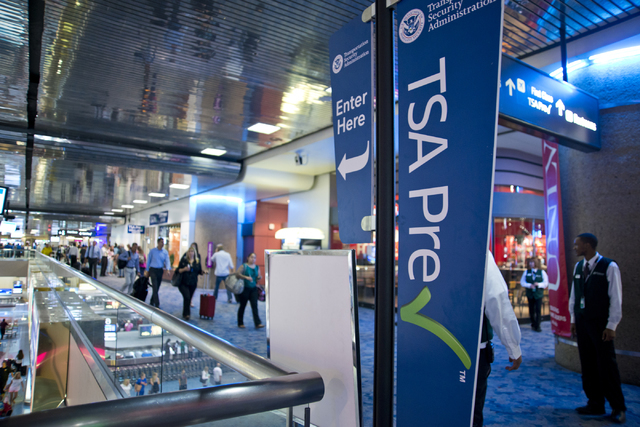 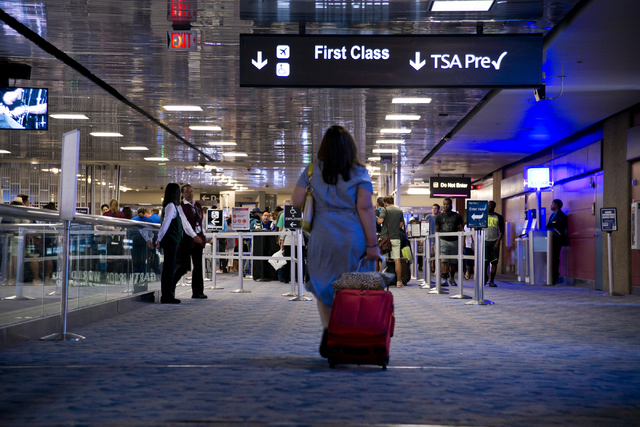 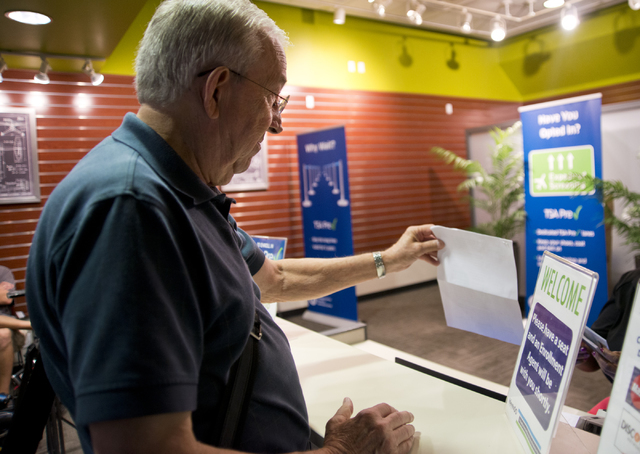 The Road Warrior is no fan of bare feet.

Whether it’s sneakers, flip-flops or dressy shoes, something has to cover those tired dogs — particularly in public. I understand the security reasons, but removing my shoes at the airport was always an unappealing hassle.

So, I signed up last week for the TSA’s PreCheck program, hoping to demystify a process that allows vetted airline passengers to pass quickly through airport security.

Travelers pay $85 to register for the expedited screening. In return, they’re assigned a “known traveler” number that lets them jump into a shorter security line for the next five years. The laptop stays in your bag; belts and light jackets remain on.

Best of all, you never have to take off your shoes.

The TSA PreCheck registration office is tucked near a security checkpoint at McCarran International Airport’s Terminal 1, but there are two other local locations: EMSI, 2080 E. Flamingo Road, Suite 302 in Las Vegas, and an H&R Block office at 2801 N. Green Valley Parkway in Henderson. More than 32,000 locals and out-of-town visitors have enrolled at those centers as of June 24, the most recent TSA figures show.

After checking in, I sat down with a friendly worker from MorphoTrust, the private contractor hired by the TSA to complete the screenings. I handed over my passport, but birth certificates also are accepted. I watched as my full name, address and other basic information were entered into a database. I pressed my fingers onto an electronic scanner so that my prints could be compared with those in the FBI’s criminal records.

The Road Warrior isn’t a squeaky-clean angel, but I’m pretty sure I haven’t committed murder, treason or identity theft — just some of the offenses that will disqualify PreCheck applicants.

The TSA PreCheck program started at four airports in October 2011 in response to complaints of invasive security screening measures adopted after the Sept. 11, 2001, terrorist attacks. The program proved to be a hit among travelers, spreading to more than 160 airports nationwide.

The TSA this month reported that more than 3 million people are now registered with the program, about one-third of whom signed up during the past six months amid complaints of long U.S. airport security lines, Dankers said.

Thirteen of the 28 air carriers serving McCarran participate in PreCheck, with Frontier and Spirit expected to join this year.

Security lines in Las Vegas average 13 minutes, while waits in the PreCheck line cut that time in half, Dankers said. Specially designated lanes at McCarran are generally open from 4:30 a.m. to 10 p.m., depending on how many registered travelers are expected to pass through the airport at any given time.

The entire screening took less than 10 minutes, and was far less painful than a typical visit to the Department of Motor Vehicles. I was told to expect a notice in my mailbox within 30 days, but verification could come within three days by checking universalenroll.dhs.gov.

By 5:30 p.m., an email popped up stating that my application was approved. Shocked that the verification arrived so quickly, I asked the TSA spokeswoman whether it was the real deal.

“You are clearly an upstanding citizen,” Dankers told me.

OK, let’s go with that. As long as I get to keep my shoes on.

If you drink a little too much tonight while celebrating America’s independence, remember to call a taxi or a ride-sharing service to take you home.

Through Tuesday, Uber is offering free rides up to $15 for new users who use the promotional code JULY4NV, with $5 donated to Mothers Against Drunk Driving. Uber will donate $1 to MADD for every ride taken through Tuesday to or from taverns operated by PT’s Entertainment Group.

Whether or not you’re a member, AAA’s Tipsy Tow program will offer a free lift to buzzed motorists and their vehicles from 6 p.m. Monday to 6 a.m. Tuesday by calling 800-222-4357.