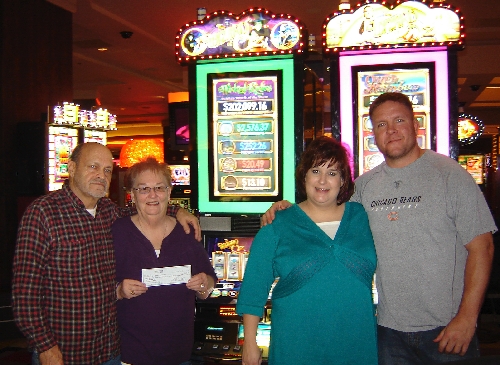 It was bound to happen. A woman named Dorothy won $2.9 million playing a “Wizard of Oz” slot machine, at Planet Hollywood.

Afterward, she went right back to playing slots with her daughter, people at the casino said.

Dorothy Reynolds comes to Las Vegas twice a year with her husband, Don Reynolds (no known relation to the late Don W. Reynolds, who used to own this newspaper).

This week, Dorothy and Don brought a daughter, the daughter’s husband, six grandkids and one great-grandkid.

In other words, that
$2.9 million should just about cover a celebratory family meal at Joel Robuchon’s restaurant at MGM Grand.

Dorothy told Planet Hollywood her family will be “surprised at this year’s Christmas presents.”

CHRISTMAS ON THE STRIP

If you’re on the Strip on Saturday, you’ll see much of it in action as usual, with regular stages including the Cirque du Soleil shows, David Copperfield, Penn & Teller and Terry Fator. For the full list of shows that are still performing this weekend, check out the Showguide in today’s Neon section. …

Rich Little and family donated 100 sleeping bags, hundreds of blankets, 300 jackets and many hundreds of pairs of socks to the Las Vegas Rescue Mission on Thursday. If you want to contribute, call 382-1766, or give at vegasrescue.org. …

Earlier this week, rain closed down Opportunity Village’s Magical Forest, their biggest fundraiser, for a loss of $250,000. You can help out by donating at opportunityvillage.org. …

The winner hosts the show with Kelly at the end of January. Voting starts Jan. 10 at dadt.com/live/.