CARSON CITY — Proposed rules for Nevada’s new medical marijuana program would discriminate against the poor and minorities and would make marijuana cost-prohibitive for patients who need the drug, witnesses testified Tuesday.

Udy and other witnesses complained that only rich people will be able to secure grow and dispensary licenses for medical marijuana because of a rule that requires people to have access to at least $250,000 before they receive a license.

“There are a lot of people who would like to get in this game,” said Art Cardoza, who identified himself as a caretaker for veterans, the disabled and others. “Millionaire people don’t care about them.”

Marla McDade-Williams, deputy administrator of the division, listened quietly to dozens of witnesses but said there is little she can do about the financial requirements “because of limitations in the bill.”

Senate Bill 374 requires people contemplating securing medical marijuana cultivation and dispensary licenses to have at least $250,000 at their disposal.

In part because of the costs required by his bill, state Sen. Tick Segerblom, D-Las Vegas, put in language that allows people with medical marijuana licenses to grow up to 12 plants. But in interviews, he said the grow-your-own requirement might be removed.

“We kept the home grow in in case price became an issue so we can address it at the 2015 Legislature,” Segerblom said. “Cost is a concern. We hope some dispensaries will make exceptions for poor people, having reduced prices.”

During the hearing Tuesday, one of the participants in Arizona’s medical marijuana program said the typical dispensary costs $1.1 million to set up. He also noted that 397 people there applied for licenses — and the typical application was 200 pages to 300 pages long. Under the Nevada law, the state must approve or reject applications within 90 days.

McDade-Williams has presided over three days of hearings on tentative rules to put the Nevada medical marijuana law into effect by April 1. She plans to take suggestions proposed by witnesses and put them into draft regulations by the end of the month.

There will be other public hearings before the regulations receive final approval.

Hundreds of people have attended the hearings, either by teleconference in Carson City and Las Vegas, or through telephone conferences. Many of the witnesses have been lawyers who tried to engage McDade-Williams in legal debates, though she insisted she only wanted their comments.

Besides the $250,000 requirement, there are other financial requirements, including posting a $5,000 nonrefundable deposit for filing an application. Growers and dispensaries also must secure appropriate local zoning approval for their facilities.

A member of a National Association for the Advancement of Colored People economic committee, Udy said he could bring in 100 people in wheelchairs or 100 disabled veterans to protest the rules if necessary. He contended the regulations could make the cost of medical marijuana as high as $400 for a small amount.

Debbie Gillespie of Las Vegas testified there must be a discount program for veterans and senior citizens.

She said all the cost requirements in the rules will add to what people pay for the medication. She also complained that Nevada residents might be cut out of the program because applications will be filed from experienced growers and suppliers in states such as Arizona, Colorado and California. One witness said he had a facility in South Lake Tahoe one mile from Nevada.

Cardoza said patients who are veterans or disabled should be allowed in as growers and suppliers. 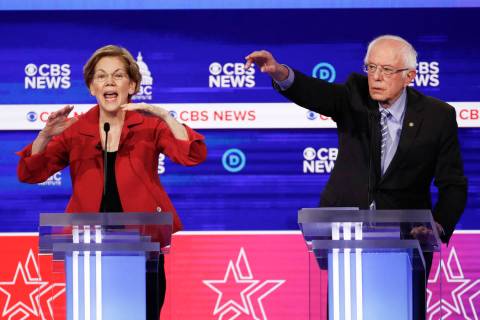 The Vermont senator lashed back throughout the night, pointing to polls that showed him beating the Republican president and noting all the recent attention he’s gotten. 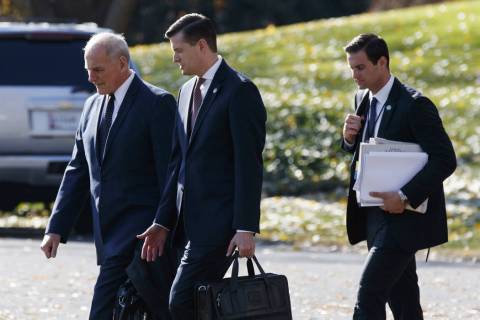 A conservative activist who works outside the White House said President Donald Trump is right to get rid of staffers who do not support his agenda and his presidency.

The first clinical trial in the U.S. of a possible coronavirus treatment is underway in Nebraska and is eventually expected to include 400 patients at 50 locations around the world, officials said Tuesday.