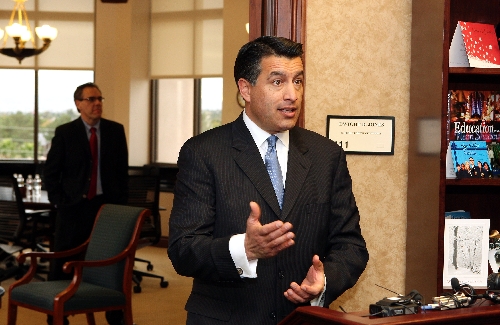 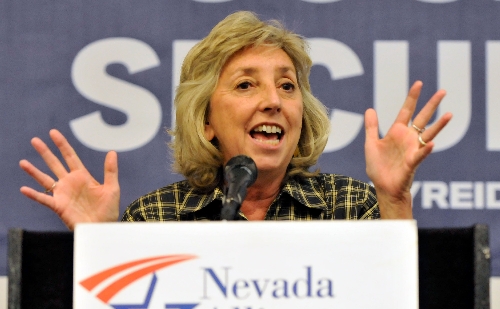 In the not-so-long-ago days, Nevada lawmakers rolled out big maps of the state and drew lines.

Those lines were the boundaries of their state Senate and Assembly districts.

And the general political goal — widely understood, if not stated openly — was to make sure those districts included as many voters as possible who would re-elect the incumbent.

Sometimes that meant making sure any potential election opponents didn’t live in the district. Prisons also were drawn out of the area, if possible, since felons aren’t allowed to vote.

Republicans and Democrats both worked to make sure voters registered with their particular political party were well-represented on their own turfs, making for safe red and blue seats.

“It was pretty basic and pretty personal,” said outgoing Rep. Dina Titus, a Southern Nevada Democrat who served in the Legislature for 20 years, including during two redistricting sessions in 1991 and 2001. “If you knew somebody was going to run against you, you didn’t put them in the district. You drew the lines to protect incumbents and the party in power.”

Computerization and court decisions have changed the process, but not the politics behind the effort that happens every 10 years following release of the U.S. Census Bureau population count.

Look for a big redistricting battle in the upcoming 2011 Nevada Legislature. It will set Southern Nevada lawmakers against those in Northern and rural Nevada, which has been losing people and political power since the 1960s when the “one man, one vote” rule changed everything.

Lawmakers in the GOP-leaning North will seek to add seats to the 63-member Legislature to keep their redrawn districts. Legislators in the Democrat-leaning South will resist and possibly use the issue as a bargaining chip in negotiations over how to close a $1 billion to $3 billion budget gap.

Senate Minority Leader Mike McGinness, R-Fallon, said he favors expanding the Legislature as a way to ensure rural lawmakers like him are closer to their constituents, too. He wants to see one or two Senate seats added and two to four new Assembly seats.

“My district is so huge that it covers all or part of seven counties” from Churchill up north down to Clark County’s Pahrump and Mesquite. “It’s 500 miles from my house to Mesquite.”

Redistricting now starts as a reapportionment math problem following court decisions in the 1960s that require districts to be drawn with roughly equal numbers of people living in them.

Nevada was cited in one key 1964 case, Reynolds v. Sims, because the state had been awarding one state Senate seat to all of its 17 counties, whether the area had a lot of constituents or just a lot of cactus. At the time, state Senate members represented as many as 127,000 people or as few as 568.

The Assembly had 37 members then, including 12 from Clark County and nine from Washoe County, which gave rural lawmakers far greater say for far fewer citizens than their urban peers.

The Legislature had to meet in a special session in 1965 to sort everything out, and 20 different plans were considered amid much haggling and hostility. In the end, both houses grew by three seats, with more than 14,000 people in each state Senate district and more than 7,000 in each Assembly district.

Now, there are 21 state senators and 42 members of the Assembly. The Clark County contingent is 14 and 29 members respectively, because more than two-thirds of the state’s population live here.

Last week, the Census Bureau officially put Nevada’s 2010 population at 2,700,551. Clark County accounts for about 1.9 million residents, or roughly 70 percent of the state, although the exact county, city and precinct figures won’t be released until February for use in redistricting maps.

So, if the Legislature remains at 63 seats, Clark County would get one more state Senate seat and one more in the Assembly — both of which would be taken away from the North or rural counties.

Expanding the Legislature would protect existing Northern and rural seats while adding to Clark.

■ With 22 state Senate seats, the new one would go to Clark County for a total of 15.

■ With 23 state Senate seats, the two new ones would go to Clark County for a total of 16.

■ With 44 Assembly seats, the two new ones would go to Clark County for a total of 31.

■ With 46 Assembly seats, three of the new ones would go to Clark County and the fourth elsewhere.

Any of the above scenarios would ensure continued power for Northern and rural lawmakers for the next decade, something incoming Republican Gov. Brian Sandoval from Reno may be inclined to do. He has veto power over any redistricting plan by the Democrat-led Legislature, giving him final say.

When Dale Erquiaga, an official in the administration of Gov.-elect Brian Sandoval, said recently, “People don’t care if (money) is spent in a county, municipal or state general fund, so why should we?” he all but promised state officials would seek local money to make ends meet.

But pushing state obligations down to the local level may actually wind up costing taxpayers more in the end.

That’s because counties have less flexibility than the state when it comes to reducing the cost of labor.

In general, the governor and Legislature can reduce state worker salaries, impose unpaid leave and take other measures short of layoffs to cut labor costs.

Counties, which are subject to collective bargaining rules set out in state law and referred to as “Chapter 288,” can’t take those measures without first negotiating with public employee unions.

“They have no flexibility,” Jeremy Aguero, principal at the Las Vegas economics research firm Applied Analysis, said of the counties’ dilemma. “Even in the event of a financial emergency they are required to go through a negotiation process to manage their payroll.”

What’s more, provisions in Chapter 288 include binding arbitration requirements that give arbitrators enormous influence over the outcome of contract negotiations. That can lead to costly obligations imposed on county government, Aguero said.

If services are pushed from the state to local level without changes to Chapter 288, “chances are the cost of that service over time will go up,” Aguero said.

Erquiaga also has said Sandoval would seek to reform Chapter 288 in order to give counties more flexibility to manage payroll.

But Chapter 288 reform has been pushed before to no avail.

And with a Democrat-controlled Legislature, there’s no guarantee Sandoval could get the votes needed to make reform happen.

And while raiding local governments could balance the state budget, it won’t save taxpayers a dime without Chapter 288 reform.

One exasperated county official, who didn’t want to comment on the record because of the political sensitivity of the subject, compared it to a shell game in which the taxpayer is the ultimate loser.

“There is not a net savings of money. It is not like they are actually cutting spending,” the official said.