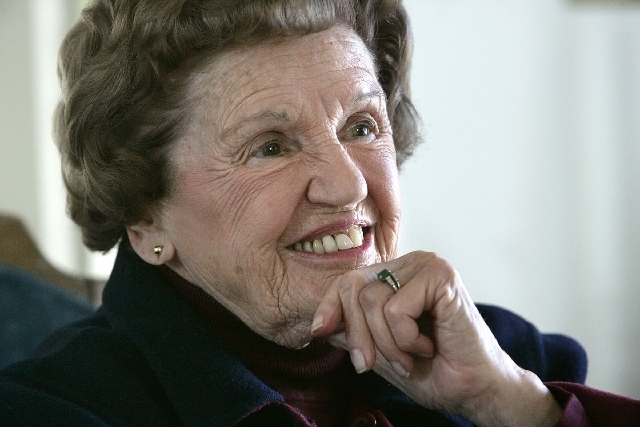 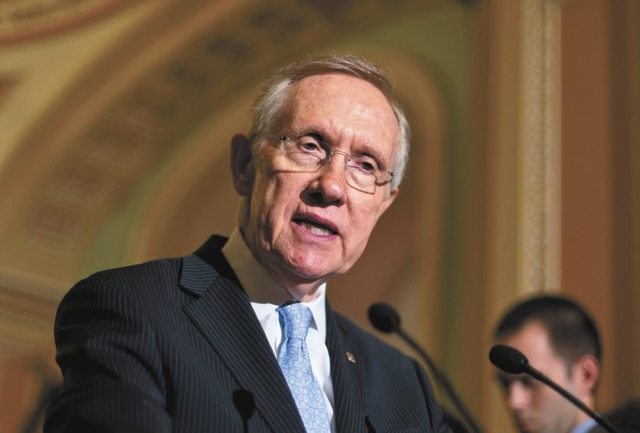 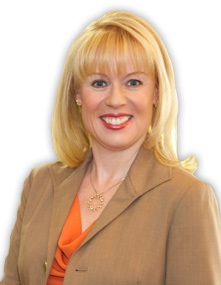 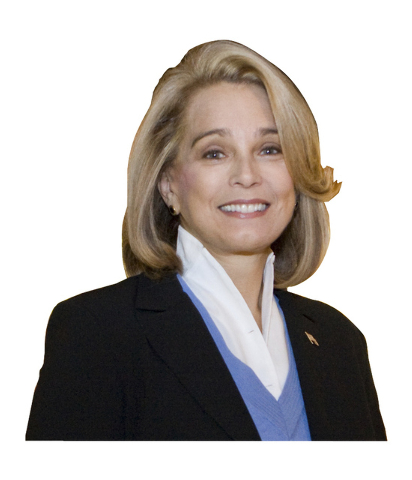 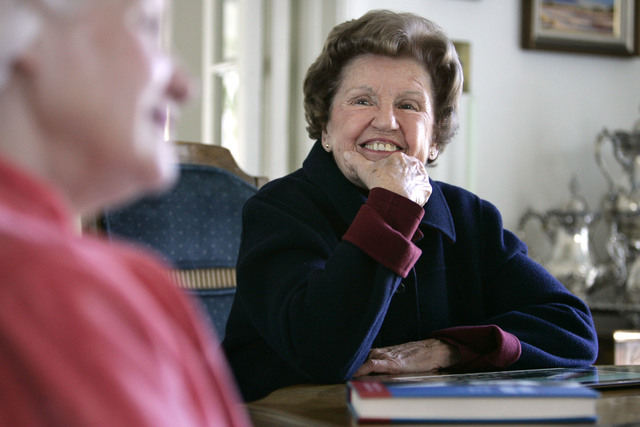 Cathleen Allison/Nevada Appeal Barbara Vucanovich and her daughter Patty Cafferata talk from Patty's Reno home Monday, Feb. 20, 2006 about their book, "Barbara F. Vucanovich: From Nevada to Congress, and Back Again." 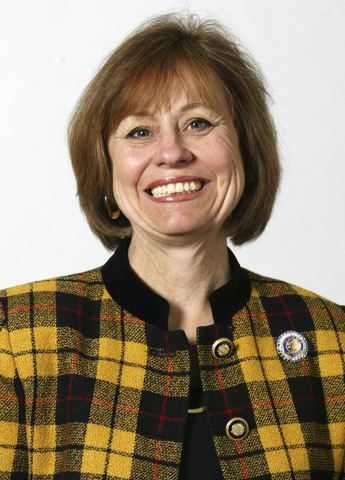 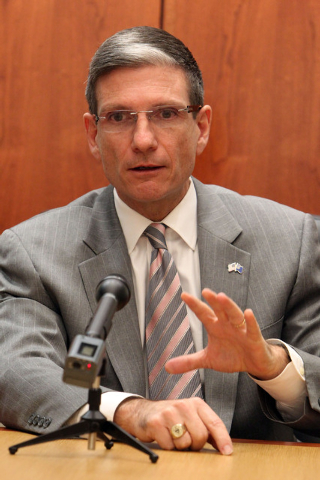 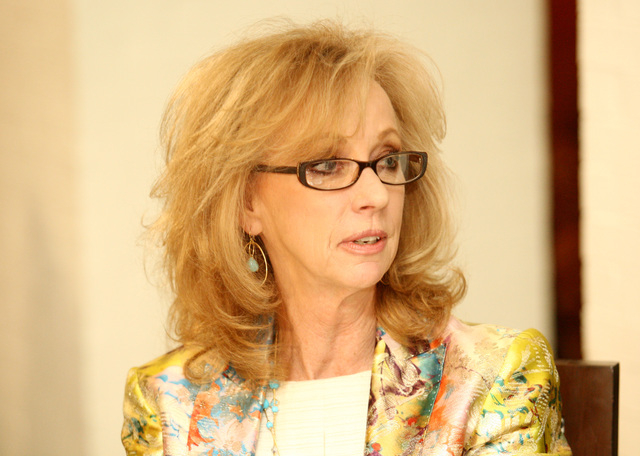 When Nevada’s first female congresswoman, Barbara Vucanovich, ran for re-election in 1992, her male opponent called her an “old bag.” Another male foe once falsely accused the conservative Republican of accepting mafia money to fund her campaign.

Former Las Vegas Mayor Jan Jones remembers her 1994 Democratic primary race against then-Gov. Bob Miller as her toughest campaign. She was criticized on a personal level, she said, for everything from wearing skirts critics said were too short to crying at a debate.

In modern politics, a contact sport, male candidates don’t pull punches, especially in highly competitive races against female candidates. That’s one reason Democratic congressional candidate Erin Bilbray caused some head-scratching when she complained recently that Rep. Joe Heck, R-Nev., wasn’t acting “gentle­manly” by calling her a “liberal activist, fundraiser and spin doctor” on the day she announced she would challenge him.

“They’re much tougher on women than they are on men,” Jones said of electoral opponents and the media. “If you want to be a player, you can’t expect ladylike treatment.”

Patty Cafferata, who is Vucanovich’s daughter and the first female to win a state office in Nevada — treasurer in 1982 — said she saw her tough-as-nails mother compete in some of the nastiest campaigns Nevada has seen.

“It isn’t bean bag, as somebody said,” Cafferata said, laughing. “If you want equality and you get treated equally, then what’s the beef? I think if you’re going to run with the big boys you have to be ready to face attacks.”

Worse than getting attacked is being ignored, added Cafferata. She said that’s what Richard Bryan did when she lost the governor’s race to the Democrat in 1986. He didn’t see her as a serious electoral threat. She ended up getting only 25 percent of the vote, proving him right.

Vucanovich, who passed away this summer, nearly always faced highly competitive races and learned to turn attacks back on her opponents, giving as good as she got.

After then-Reno Mayor Pete Sferrazza told reporters she was an old bag, she organized a group of female supporters and called them “Old Bags for Barbara.” Sferrazza later denied he called her names during a call with reporters after Vucanovich won the GOP primary. He said one of his supporters had impersonated him, although reporters who knew his voice stood by their stories.

Anyone who paid attention to the U.S. Senate contests between Sen. Dean Heller, R-Nev., and former Rep. Shelley Berkley, D-Nev., in 2012 and between Sen. Harry Reid, D-Nev., and GOP foe Sharron Angle in 2010 witnessed the meanest of campaigns where male contenders hit hard and fast.

Sue Lowden, who lost the GOP primary to tea party favorite Angle, blamed the Reid campaign for taking her out early by making fun of her remarks about health care and feeding the media other opposition research.

After Lowden said people could barter for health care like people did in rural areas and older times, Democratic operatives began following her around dressed in a chicken suit. One even voted in costume on primary Election Day to remind voters of her gaffe.

Lowden, a former state senator who is running for lieutenant governor in 2014, said attacks come with the job.

“You have to have a very thick skin to be in politics,” said Lowden, who had been considered the strongest Reid opponent. “And you have to know that nothing is sacred. Everything you’ve ever done is under scrutiny.”

Jones, the popular Las Vegas mayor who ran for governor two times, maintained that women get far rougher treatment from opponents and the media than men. She said photos often highlight awkward or unflattering poses, with more attention paid to fashion and emotion in women.

U.S. House Speaker John Boehner, R-Ohio, is known for breaking into tears at emotional moments. Voters seem to think it’s endearing in men — at least these days if not in earlier political times — but tearful women politicians are usually portrayed as weak or unstable, Jones said.

At one of her gubernatorial debates, Jones said she cried because she was thinking about a friend who had told her earlier in the day that she had been diagnosed with a fatal disease.

“I was thinking about that” and not breaking down because of the debate, Jones said.

As for her wardrobe, including high heels and flashy skirts, Jones said she couldn’t win.

“If you dressed boring, they say you’re boring,” she said. “If you dressed like yourself, you’re flamboyant. There is an innate misogyny in politics. It’s subtle discrimination.”

For the most part, however, women candidates are treated the same as men in modern politics, according to Jennifer Duffy, an analyst with The Cook Political Report.

There are still some areas “in which male candidates have to tread lightly against women opponents,” Duffy added. “Comments about appearance, intelligence and family (unless there is some pretty compelling fodder — e.g., Mr. Shelley Berkley) are still pretty off limits.”

While the U.S. House Ethics Committee found Rep. Shelley Berkley, D-Nev., violated House rules and standards of conduct by allowing her staff to make calls to federal agencies on behalf of her husband’s medical practice. it also concluded he was not afforded “special favors,” and the action taken on his behalf “was not unusual compared to the assistance her office provided to other physicians.” The case against Berkley was dismissed with no penalty.

Duffy said women don’t come off well if they complain about any ill treatment.

“We have long moved past the point in which a female candidate can complain about her male opponent going negative,” Duffy said. “It looks like she is whining and can’t take the heat of a campaign. It makes voters wonder whether she can take the heat of elected office.”

Bilbray’s comments about Heck came during an Oct. 23 appearance on “Ralston Reports,” hosted by Jon Ralston on KSNV-TV Channel 3. She took offense at a fundraising email Heck issued on the day she entered the race. It called her a “liberal activist, fundraiser and Democratic spin-doctor.”

“I announced on July 1 with a very positive message about my family, my values, and I was just actually surprised by the negative tone that he immediately took this far out,” said Bilbray, a political trainer who established Emerge Nevada, an organization that trains women for politics.

“We don’t have enough women in politics, and the reason they don’t want to get involved is because of the negativity that Joe Heck expressed on that first day,” she said. “The classy thing to do, the gentlemanly thing to do that early, is to say I welcome somebody to participate in politics; and he didn’t do it. As a woman, you don’t come out of the box and attack your opponent this far out.”

She also called Heck anti-woman and un-American, comments that brought her much criticism.

Bilbray, during an interview with the Review-Journal last week, said she knows she’s in for a tough election battle and is prepared to fight back. She just didn’t think Heck would come out of his corner swinging so soon, she explained.

“Politics in general has become so negative and nasty; I think that has created this partisan culture in Washington, D.C. I think it’s (negative campaigning) working to win elections, but it’s not working to improve Washington, D.C., and the economy.”

“That’s what I was trying to say,” she added. “It’s not statesmanlike or stateswomanlike to start a campaign so negative and nasty. … I plan on fighting back, but people know me as a dignified person.”

Heck’s campaign manager, Mark Ciavola, said the congressman’s email was not a negative attack, but an accurate description of Bilbray’s job as a political consultant and manager.

“There was nothing in that email that even referred to her as a woman,” Ciavola said.

He believes the effort to paint Heck as anti-woman is pulled from the “Democratic playbook” as a way for the party’s female candidates to go after Republican male politicians.

Bilbray maintains Heck’s voting record isn’t friendly to women, including voting against equal pay for women. Heck voted against a procedural effort to move forward on the Paycheck Fairness Act, but he has not voted on the legislation itself.

Ciavola said Heck, who successfully ousted Rep. Dina Titus, D-Nev., to win in the 3rd Congressional District in 2010, doesn’t plan to treat Bilbray any differently than he would a male opponent if she wins the Democratic primary in 2014.

“I don’t think there’s any reason to treat any candidate differently, male or female,” Ciavola said.