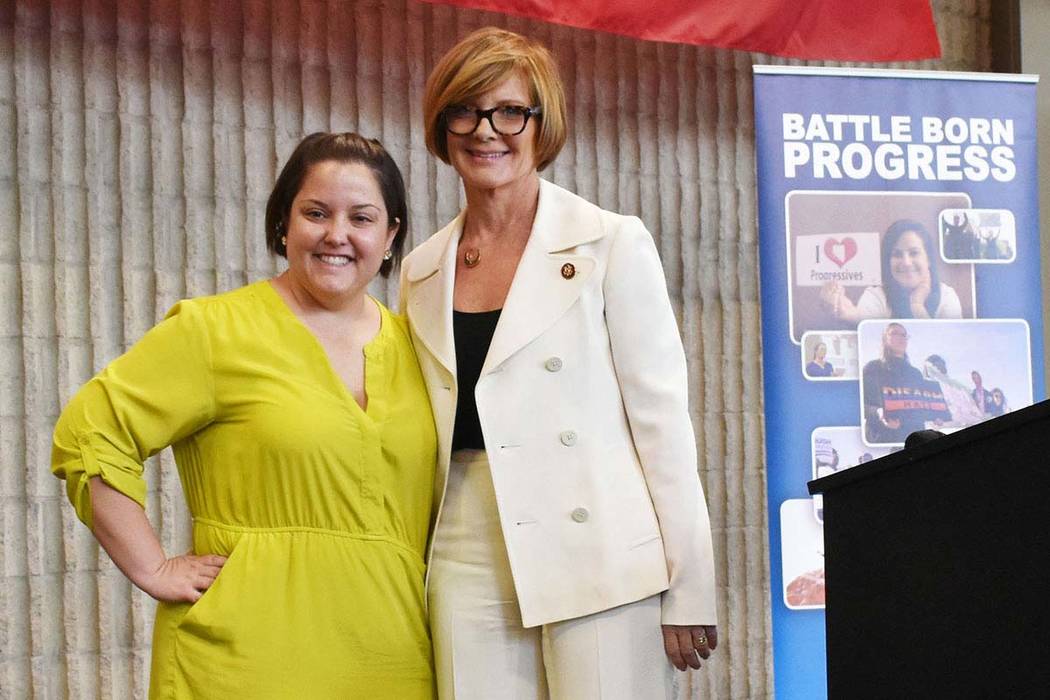 CARSON CITY — The vocal progressive advocacy group Battle Born Progress has awarded perfect grades to nearly half the Nevada Legislature based on how lawmakers voted on 14 of the group’s priority bills from the session that ended in June.

Battle Born gave 31 of 63 lawmakers — 19 in the Assembly, 12 in the Senate, and all Democrats — a score of 100 for supporting bills related to gun safety, education funding, voting rights, energy, health care, conservation, labor and wages.

The number of high scores reflects progressive successes born from Democratic trifecta control of both legislative chambers and the governor’s office for the first time in 20 years.

“The Legislature passed many bills that were the result of years of organizing and advocacy by progressives on issues like gun violence prevention, clean energy, public lands, voting rights, health care, public education funding, and economic justice,” Battle Born Progress Executive Director Annette Magnus said in a statement accompanying the report. “The scores we gave to legislators were earned by their commitment to these issues and values, as demonstrated by their voting record.”

Democrats held a supermajority in the Assembly with 29 of 42 seats and were one vote short of the same margin in the Senate with 13 of 21 seats. Battle Born’s report card omits a grade for Democratic Assemblyman Tyrone Thompson, who died during the session.

Of the remaining 41 Democrats, none scored below 90 in the group’s report card.

Assemblywoman Dina Neal, D-North Las Vegas, scored 91, losing points for voting against a vetoed measure to have Nevada join other states in electing the president by popular vote and for missing one vote.

Next lowest among Democrats was Assemblyman Skip Daly of Sparks, who dropped to a 92 rating for voting against background checks for private gun sales.

Predictably, none of the Legislature’s 21 Republicans fared well in the progressive group’s rankings. Only two managed a score of 50 out of 100 — corresponding to yes votes on 7 of 14 bills — and six scored below 20, or 3 of 14. The highest scoring Republicans were Assemblywoman Jill Tolles of Reno and Sen. Keith Pickard of Henderson. Pickard narrowly won his Senate race, blocking Democrats from a supermajority in the upper house.

Battle Born’s full ranking and explanation of methodology is available at nvprogressreport.com. The group’s report card follows on the heels of a similar, if diametrically opposite, ranking of state lawmakers released Tuesday by the American Conservative Union. The American Civil Liberties Union of Nevada has also ranked lawmakers, and the conservative think tank Nevada Policy Research Institute is expected to release its rankings next week.