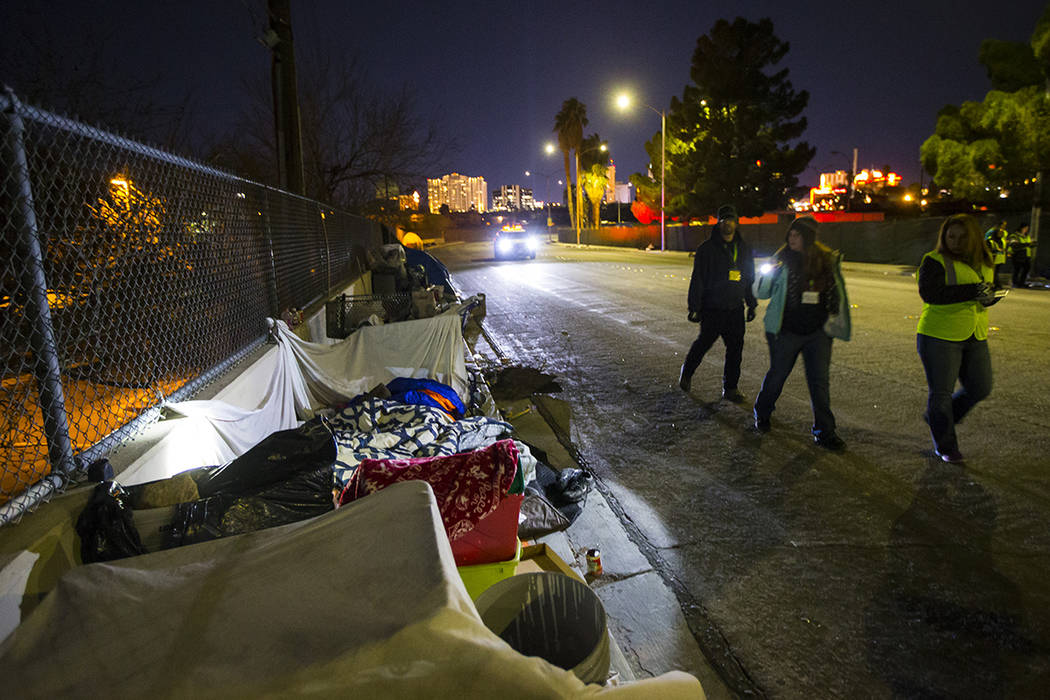 Instead of approving a bill to increase taxes and fees to pay for homeless services in Clark County, the Legislature last week amended it to require the county and its municipalities to work together for a solution.

The proposal calls for the the county to form a task force with cities and spend a year studying strategies to reduce homelessness and to explore potential sources of funding.

But some proponents weren’t happy with the changes to Assembly Bill 73, which would have raised an estimated $20 million to aid the roughly 6,000 experiencing homelessness in Clark County.

“They took all the money out of it,” Las Vegas City Councilman Bob Coffin, who championed the bill, said Tuesday. “The biggest thing that we needed was quick money. We don’t have time to wait for this.”

Assemblywoman Dina Neal, D-North Las Vegas, who introduced the amendment Friday, said she did so because she had had several conversations with municipalities about “whether or not they were working together around funding.”

“Homelessness crosses over jurisdictions; it doesn’t just stay in one boundary, the county being the overlap,” Neal said. “It should be a joint victory if everybody works together. It should not just be the city of Las Vegas’ problem because it’s technically not.”

Under the original proposal, the sewer surcharge would have jumped by 8.6 percent, about $22, in 2020, to raise an estimated $5 million. And the property sales tax would have added 25 cents to the current $2.55 per $500 of value, which would bring in an extra $15 million countywide. It’s unclear, however, how much of that money the city of Las Vegas would have received.

For the 2018-19 fiscal year, the city has allocated 2 percent of its budget to homeless services, or nearly $20 million. In January, Clark County commissioners voted to direct up to $12 million in marijuana fees to address homelessness.

The increased revenue would contribute to transitional and affordable housing, as well as the city of Las Vegas’ 24-hour homeless courtyard.

Kathi Thomas-Gibson, the city’s director of community services, said she supported the amendment and that the city has been committed to working regionally to address the issue.

“We’re ready to jump in,” she said. “We already work regionally, and so this amplifies that work. If we’re going to help homeless people not be homeless, we need to build more housing, and we’re ready to work with all of our colleagues across the region to get there.”