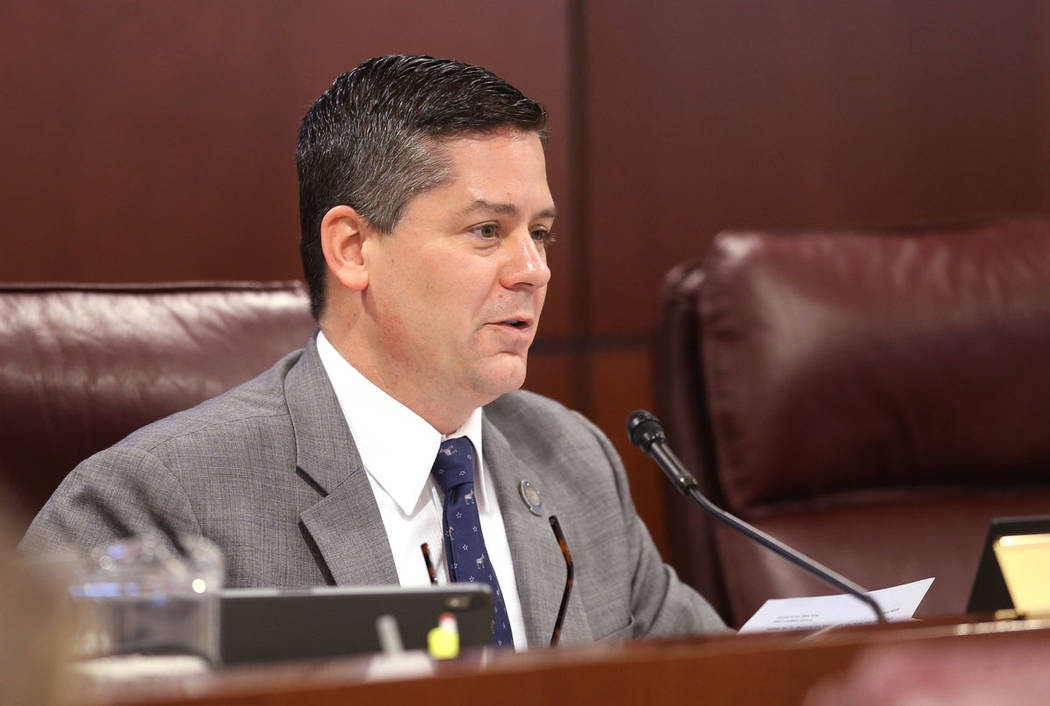 CARSON CITY — The omnibus gun control bill cleared its final hurdle in the Nevada Legislature before heading to the governor’s desk Saturday.

On a 26-15 vote, the Assembly concurred with the amended version of Assembly Bill 291, the measure that would ban bump stocks and enact more stringent gun storage provisions and “Red Flag” laws, which would allow authorities to seize guns from people deemed threatening to themselves or to others. Sparks Democratic Assemblymen Skip Daly and Greg Smith voted with the 13 Republicans against the move.

Assemblyman Steve Yeager, D-Las Vegas, said on the floor before the vote that the bill, if signed into law by Gov. Steve Sisolak, “will prevent deaths due to gun violence and suicide and will likely prevent future mass shootings in our great state.”

Republicans tried to send the bill to a money committee in hopes of stalling the measure, arguing that the potential costs to the courts for handling the red flag cases should be examined.

Assemblywoman Maggie Carlton, D-Las Vegas, the chair of the Ways and Means Committee, said that those costs to the municipal courts “are not within our jurisdiction” and added that those agencies could come to the Legislature’s interim money committee if additional funds are needed in the future.

With two more days left in the session, here’s what else happened Saturday:

■ Senate Majority Leader Nicole Cannizzaro’s long-anticipated campaign finance transparency bill was unveiled Saturday. The bill would require groups that donate more than $10,000 during a campaign cycle to disclose such donations to the secretary of state’s office. The bill would also make it illegal for a candidate to pay him or herself a salary from their campaign account. The bill comes in the wake of former Senate Majority Leader Kelvin Atkinson resigning and pleading guilty to federal charges related to the misuse of approximately $250,000 in campaign money.

■ The appropriations bill to fund K-12 public schools, Senate Bill 555, passed the Senate Finance Committee unanimously Saturday morning. That bill must be approved before all other budget bills can move forward. Also approved by the committee: Senate Bill 553, the budget for state agencies, also known as the Authorizations Act. Both now move to the Senate.

■ The committee, on a party-line vote of five Democrats to three Republicans, also approved Senate Bill 135, which authorizes collective bargaining for 22,000 state employees. SB135 later passed the Senate on a party-line vote, 13-8, and goes to the Assembly.

■ Sisolak signed 36 more bills Saturday, bringing the total of bills signed into law to 301 for the session. Sisolak has vetoed one bill, a measure to have Nevada join other states that want to pledge their electoral votes in presidential elections to the winner of the national popular vote.

Bills signed Saturday included Senate Bill 204, enhancing suicide prevention efforts for middle and high schoolers; Senate Bill 311, which strengthens anti-discrimination protections for credit applicants; and Senate Bill 450, which raises the bar for mounting recall elections and strengthens penalties for falsifying information on recall petitions. That bill grew out of the unsuccessful recalls of a trio of state senators that began in 2017.

The measure now moves to the Assembly. It will go to voters in 2022 if approved by the Legislature a second time in 2021.