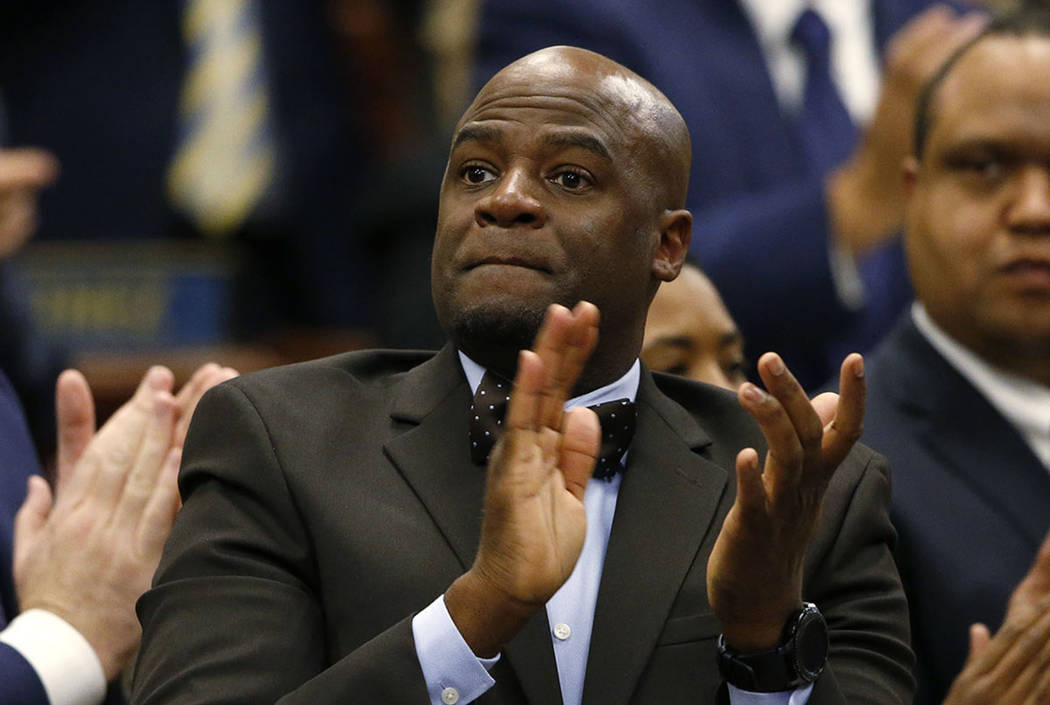 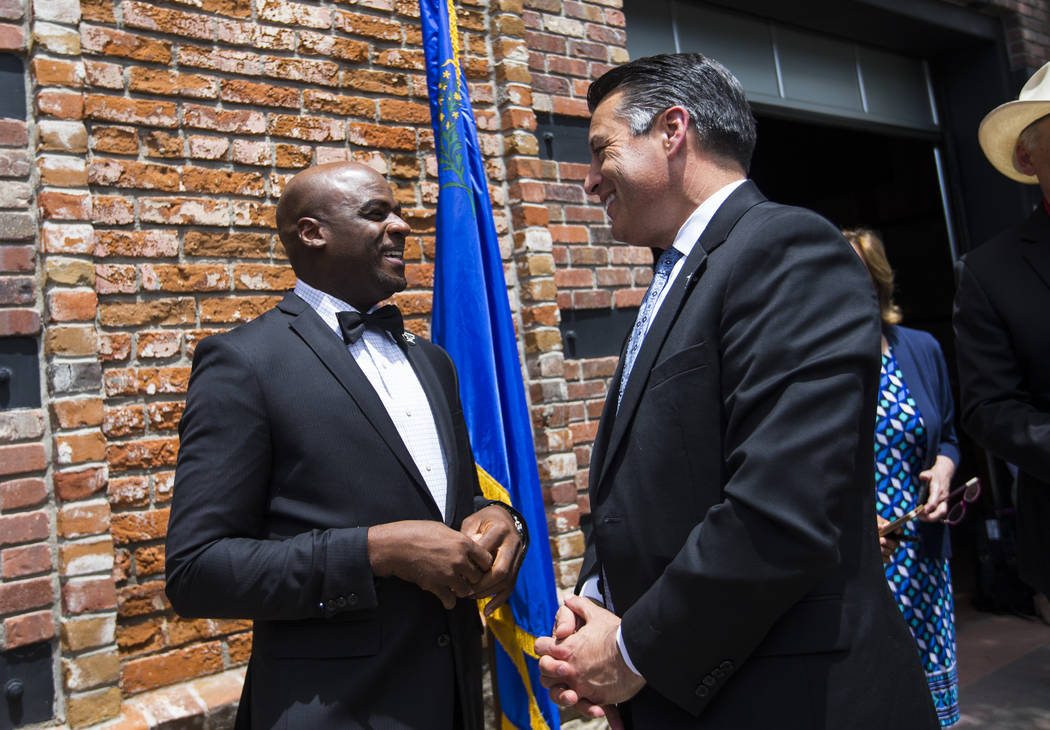 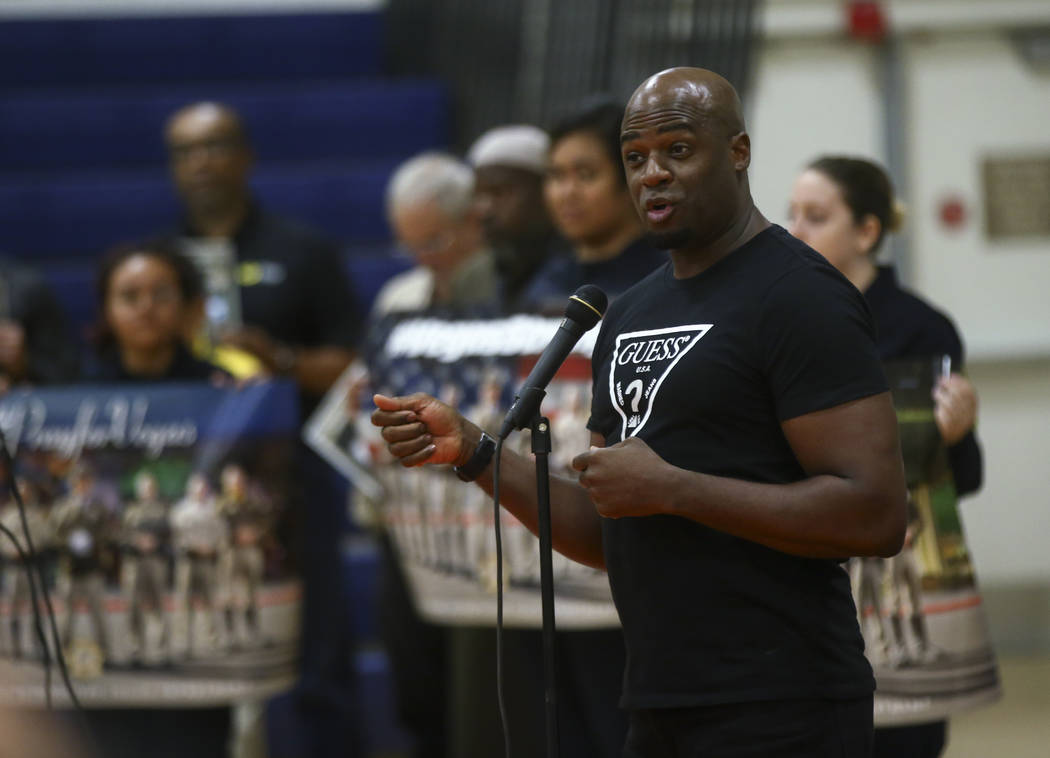 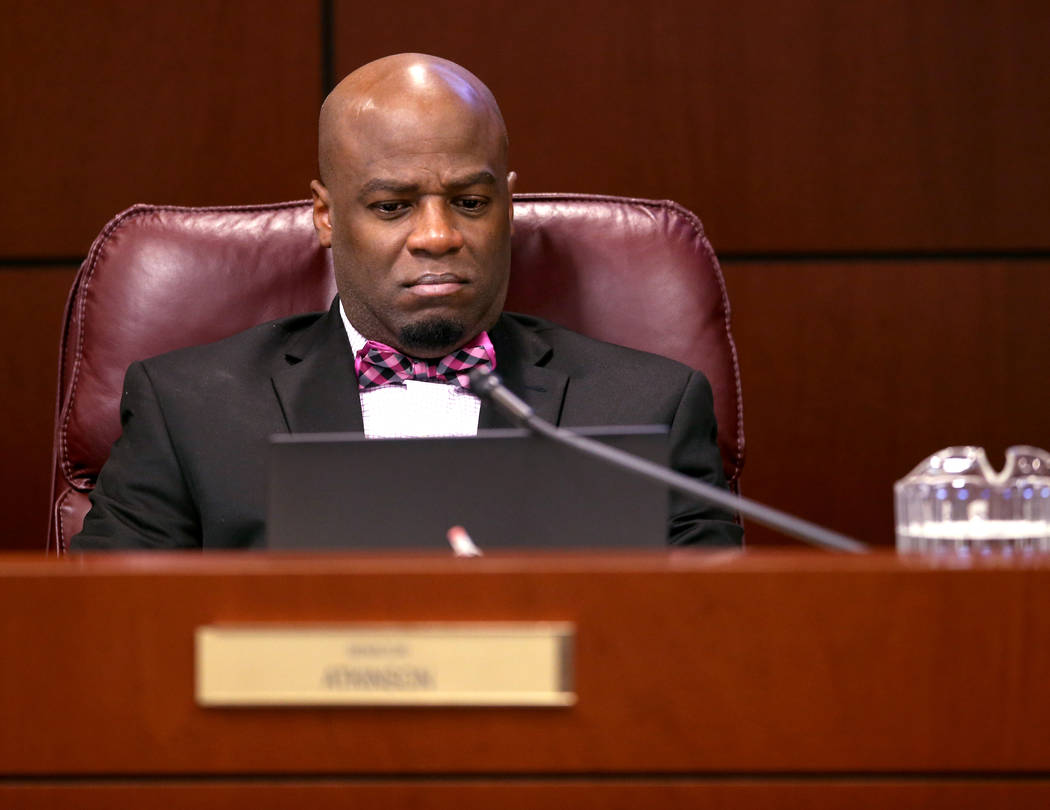 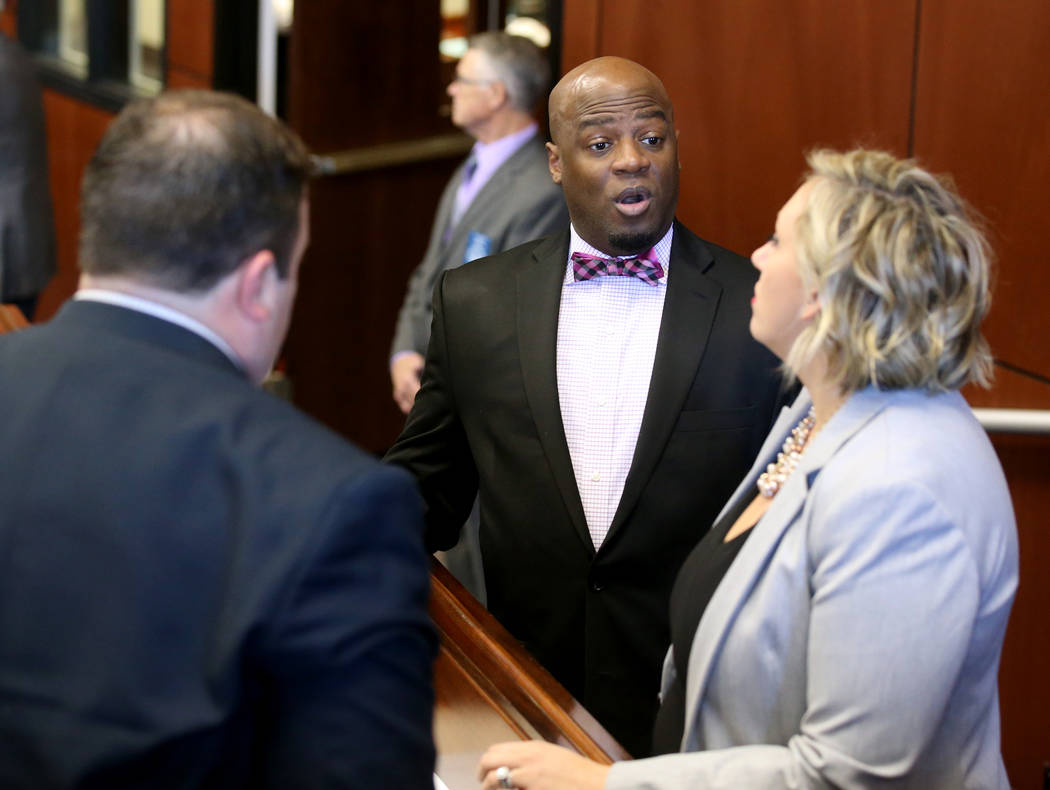 CARSON CITY — New Nevada Senate Majority Leader Kelvin Atkinson has come a long way since he was the freshman “getting into all kinds of trouble” some 16 years ago.

It was 2003, and he and Assemblyman William Horne were among the fresh new faces in Carson City trying to navigate the halls of the Legislature building. It didn’t take long before they were ruffling the feathers of the old guard — including then-Speaker and Democratic Assembly caucus leader Richard Perkins.

“I just remember running around the building getting into all kinds of trouble,” the North Las Vegas Democrat told the Review-Journal.

During the 2003 session, a bill sponsored by Perkins was going through the Assembly Education Committee, which Horne and Atkinson sat on.

“I guess it was expected that we would fall in line on the votes,” Horne said. “But Kelvin and I, we got to committee, we read out bills, and make our decisions.”

They voted against the speaker’s bill.

“The chair of the committee, (Assemblyman) Wendell Williams, said, ‘You guys are in trouble now,’” Horne recalled with a laugh.

“We stuck to our guns, and that’s how we built our reputation,” added Horne, now a lobbyist. “Kelvin’s always been one to sit there and do the work. Not afraid to change his mind if you get new information. Not afraid to put a bill in the drawer. Not afraid to also roll up his sleeves and fight for what he believes is right, to work with people.”

Now, with his first formal week as the Senate Majority Leader complete, the onetime troublemaker is steering the Democrats as they head into territory uncharted in nearly 30 years — with majorities in both the Senate and Assembly and a Democratic governor for the first time since 1991.

“As my No. 2 in command, he was a great sounding board, and offered great advice,” Ford said, adding that Atkinson is always willing to do the research necessary on policy proposals. “I think he’s going to be a fantastic leader in the state Senate and shepherd in a fantastic agenda.”

At age 9, Atkinson visited his father in Los Angeles for the summer, fell in love with it and asked his mother if he could stay permanently. He became a self-described “L.A. kid” before graduating high school and attending Howard University in Washington, D.C.

During his sophomore year of college, Atkinson got a phone call that still pains him to talk about, and one that he carries with him as the national debate over gun control rages on.

His father had been murdered, shot by a former client.

“My dad was my best friend,” Atkinson said.

He tried going back to school, but was struggling with the loss. His grandparents had moved from Los Angeles to Las Vegas after the murder, and in 1991 Atkinson followed.

He lost his grandparents not long after moving to the valley, and credits the tight-knit community in the historic west Las Vegas for helping him through those hard times.

“I will always take a lot more solace in not being born and raised here, but instead coming to a community who has accepted me, with my flaws — because I am not a perfect man,” Atkinson said.

“I probably have more grandfathers and grandmothers than most because of the community I serve. The west side, they’re quite commanding. They’re proud,” he added. “I couldn’t be more proud to be part of a community that has taken me in after my grandparents died, my father died. I still needed people to raise me, and this community continued to raise me and made me the person I am today.”

Atkinson was first elected to the Legislature in 2002, serving in the Assembly for a decade before successfully making the jump to the Senate in 2012.

He entered the national spotlight during that first session in the Senate.

In April 2013, lawmakers were weighing whether to repeal the state’s ban on gay marriage. For Atkinson, the debate was deeply personal.

In the mid-1990s, he began dating the mother of his daughter, Haley. But Atkinson “always knew something,” he said — that his feelings were for the same sex.

“I wanted to live the American dream,” he said. “When it became really clear that my daughter’s mom and I were heading towards marriage, it became too much pressure for me.”

So he went to Haley’s mom and told her the truth, and that he needed to find himself. It took him nearly two years before he started dating again. But he found himself “really, really happy.”

So Atkinson was in the Senate listening to his colleagues on both sides of the debate. Justin Jones, a Mormon, said he would vote for the repeal even if he meant losing his next election because it was the only way he could look his brother-in-law in the eye.

And Ford talk about how he had evolved on the issues over the years.

Atkinson didn’t plan to speak during the debate that night, but after hearing those stories, something inside of him made him stand up.

“I’m black. I’m gay,” Atkinson said that night, his voice shaking. “I know this is the first time many of you have heard me say that I am a black, gay male.”

Atkinson’s speech was quickly picked up by national media and he watched as his social media following more than quadrupled nearly overnight.

“I didn’t anticipate outing myself that day. I think for a large part, a lot of people knew me and know that I was, but there was a large part that didn’t. I never felt I needed to make an announcement about it,” Atkinson said. “But for some reason, that day I felt like it needed to be done.”

In October 2014 the 9th U.S. Circuit Court of Appeals overturned Nevada’s prohibition on gay marriage. A year-and-a-half removed from his dramatic floor speech, Atkinson and his partner Sherwood Howard became the first same-sex couple to marry in the state just hours after the court’s decision.

In the years since he went from fresh-faced assemblyman to leader of the Senate, Atkinson has seen a great deal of change in Nevada.

And Atkinson has noticed changes in himself, as well.

He admits that he didn’t support same-sex marriage for quite a while, and he feels like he’s shifted more toward moderate over his years in office.

He believes in collective bargaining, but said he also believes in small businesses — like the lounge he opened in Las Vegas — and understands their want for autonomy.

“I think when I first began, people saw me as this huge, bleeding liberal,” Atkinson said. “But I’m a lot more moderate in my thinking now.”

He attributes that shift to his nearly two decades in office, and a willingness to do things his way.