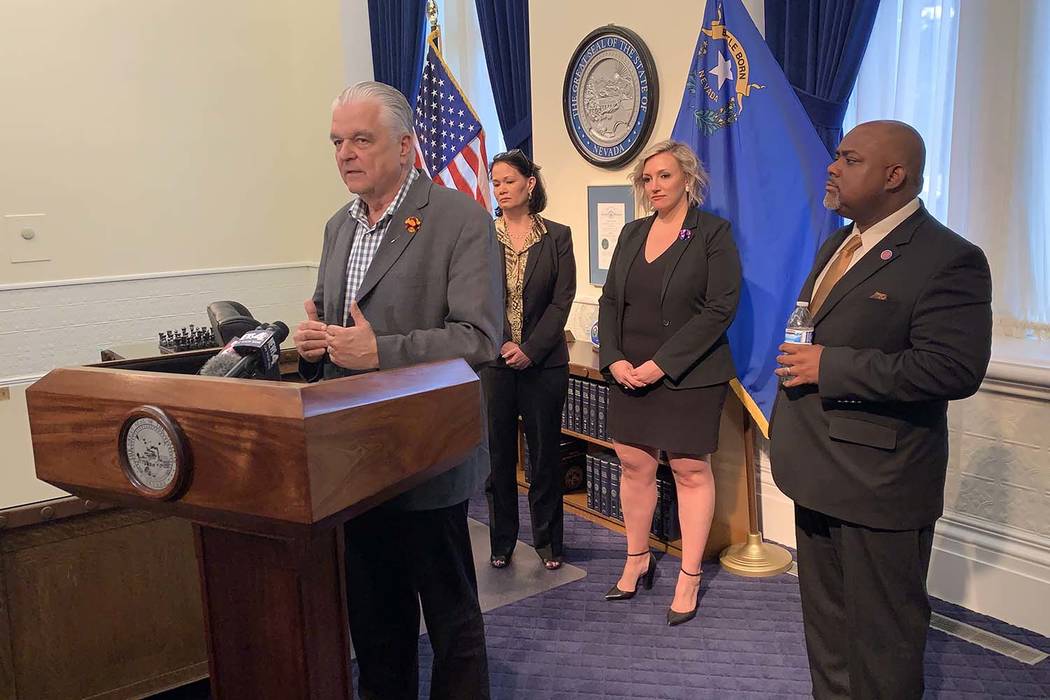 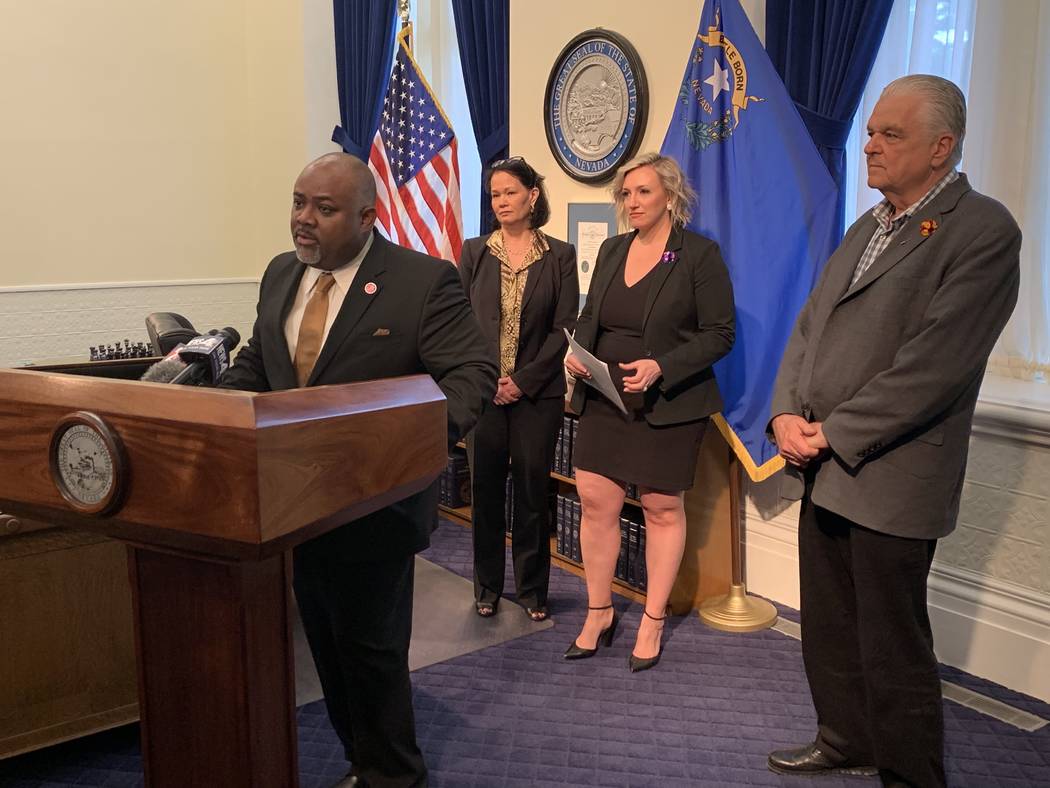 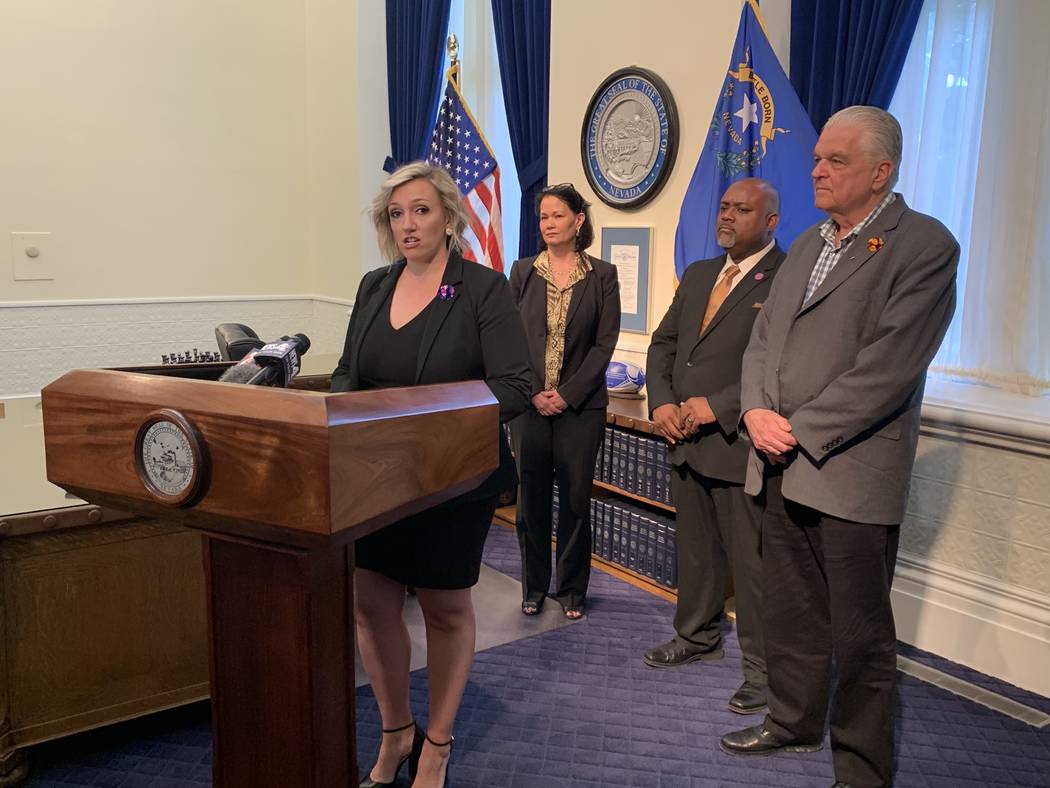 That approach includes sending every dollar generated by the 10 percent marijuana excise tax — which currently goes into the state’s rainy day fund — directly into the state’s public education account. That will provide a boost of $120 million over the next two years to the state’s education coffers. That proposal was introduced Tuesday as Senate Bill 545.

Currently, only the 15 percent wholesale tax that was enacted as part of the voter-approved initiative to legalize recreational marijuana in Nevada in 2016 goes into the state’s public education account. Senate Majority Leader Nicole Cannizzaro, D-Las Vegas, said that one of the most common issues brought to her by constituents is their desire to see all of the marijuana tax revenue, including that 10 percent excise tax, go towards education.

“That’s exactly what the bill that was introduced today will do,” Cannizarro said during a press conference Tuesday. “This is an impactful solution we can bring to the table today that will redirect more money to our students and teachers who deserve it.”

The second part involves an amendment to Assembly Bill 309, which would authorize county governments to enact a sales tax of up to a quarter of a percent. The sales tax would require either a two-thirds majority vote of a county commission or a simple majority vote of the people to enact.

The revenue generated by the possible tax increase under Frierson’s amended bill could only be used to fund programs relating to early childhood education like pre-kindergarten, adult education, truancy reduction, homelessness, affordable housing or recruiting and retaining teachers in the school district.

Sisolak has promised to increase education funding without raising taxes, and Sen. Ben Kieckhefer said the proposal is “punting to local governments rather than than having to make a proposal that breaks the governor’s promise not to raise taxes.”

“It’s a plan that punts funding issues to the local governments, even though it’s the state’s responsibility to fund education,” Kieckhefer added.

The proposals come a day after Senate Democrats unveiled a long-awaited revamp of the state’s 52-year-old funding formula, which sweeps some local sales tax revenues into the state’s education budget.

Assembly Speaker Jason Frierson, D-Las Vegas, said during the press conference that his amendment would also create a separate account within the education budget that would be exclusively for teachers’ salaries, and it “cannot have money taken out of it and diverted.” It also would allow for the Legislature to conduct audits of the 17 school districts in the state.

Sisolak said at the news conference that he’s not sure how much redirecting the marijuana tax money would increase per-pupil funding in the state, which historically has lagged behind the recommended levels.

But, the extra $120 million for the budget would be enough to cover what the Guinn Center estimates in additional funding needed to pay for the 3 percent teacher pay raise Sisolak promised in his State of the State address.

Sisolak’s original two-year budget proposal called for approximately $76 million to go into a new school safety budget account, the majority of which came from the 10 percent special sales tax levied on all recreational marijuana sales in Nevada. That marijuana tax money also was initially planned to fund the Millennium Scholarship.

But with the change, the entirety of that 10 percent excise tax will now go into the state’s Distributive Schools Account, the general public education fund for the state.

The 10 percent sales tax on marijuana was not part of the initiative approved by voters in 2016, but rather was added as an additional tax in the 2017 Legislature. Initially proposed to fund education initiatives in then-Gov. Brian Sandoval’s budget, the money was redirected to the rainy day account following some late-session political gamesmanship.

Sisolak said the redirection of those funds is aimed at fixing that issue.

“This bill is an important and bold step in decision making to make sure that past wrongs will be made right, and put us on the track to success,” Sisolak said.

Sisolak said the plan is to find money for school safety and the Millennium Scholarship from other sources, but did not commit to maintaining the proposed funding for those accounts, saying they “hope to keep them at the same levels that were in the budget.”

The Clark County Education Association voted earlier this week to authorize a teacher strike in the next school year if low funding led to possible cuts, a move that was part of a push from the education community for adequate funding.

John Vellardita, executive director of the Clark County Education Association, said that the union is still looking at the proposals and how they, along with the proposed new funding formula, will change things. But he said the union is not opposed to increasing funding for education, and called the move to redirect the marijuana money to the DSA “a step in the right direction.”