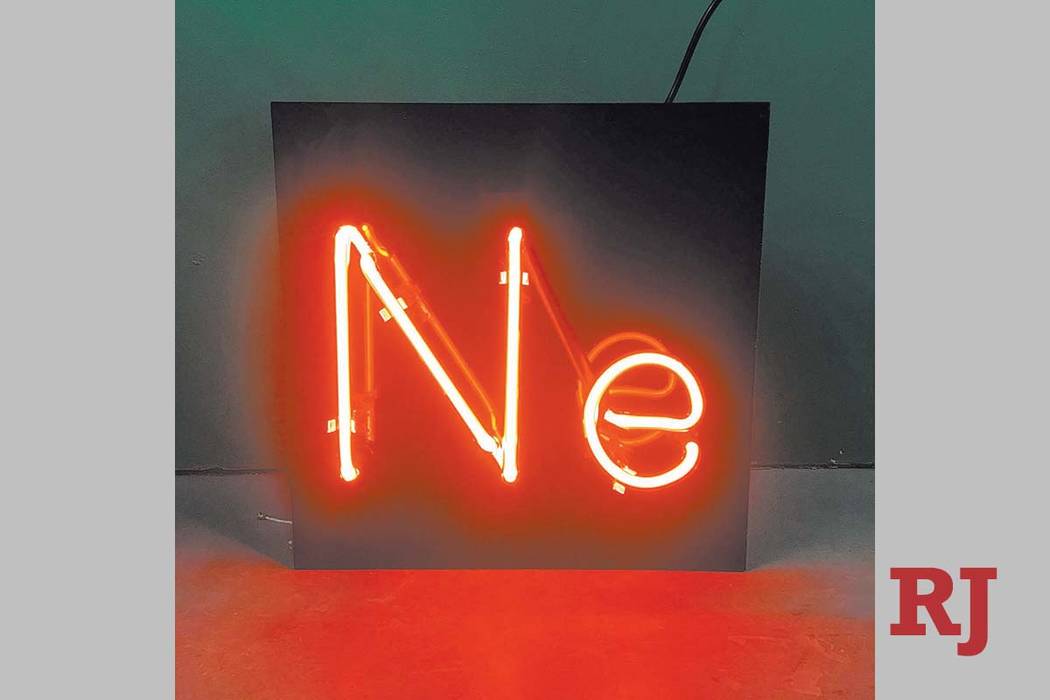 Will Durham commissioned this sign made out of neon that shows the chemical symbol of neon. (Will Durham)

Neon is now the official state element of Nevada — and Nevada is the first state to designate one.

Gov. Steve Sisolak held an official signing ceremony on Tuesday after putting his name to Assembly Bill 182 a day earlier. He was joined by fifth- and sixth-graders from a Carson City charter school and their teacher, who were the driving force behind the effort.

First-term Assemblywoman Sarah Peters, D-Reno, an environmental engineer, carried the bill for the students. In the end, it earned 31 co-sponsors.

Students from Carson Montessori School got guidance for the idea from their teacher, Will Durham, a preserver and collector of vintage neon signs and director of the Nevada Neon Project.