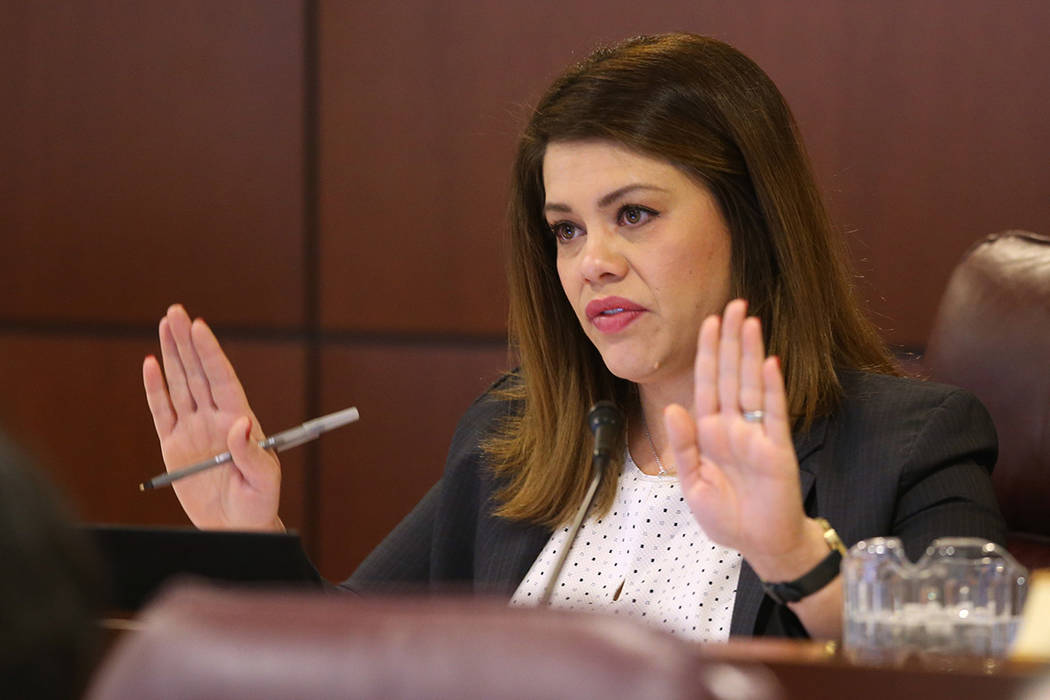 CARSON CITY — Local elected officials could be removed from office for on-the-job sexual harassment under a bill heard Monday by an Assembly committee — a measure aimed at one embattled county sheriff who has retained his elected post despite numerous complaints.

Assembly Bill 397, sponsored by the top two Assembly lawmakers, would work through the existing framework of the state Equal Rights Commission and, in the case of state officials, constitutional procedures governing impeachment.

Presenting the bill before the Assembly Government Affairs committee, Assemblywoman Teresa Benitez-Thompson, D-Reno, the Assembly majority leader, called out the inconsistency where a public official can be expelled for misuse of public property for campaign or personal purposes but “can’t be removed from office when they are found to have sexually harassed a person.”

Under current law, those with a harassment grievance have 300 days to file a complaint with the commission. The new statute would empower the commission, after a finding of “sufficiently severe” or pervasive harassment, to determine whether it merits removal from office.

Cases involving state officials would be referred to the Assembly for impeachment proceedings, followed if necessary by a trial in the Senate, per existing law. In cases involving local elected officials from cities or counties, the commission could refer the matter to a grand jury or a judge to determine if removal is warranted.

“We’re looking at people with multiple violations — people in which the behavior is especially egregious, people who might have longstanding violations as a public elected official,” Benitez-Thompson said.

A final provision would make harassers personally responsible for any fines assessed. Currently those fines are often paid by the city or county where the harasser works, or potentially by a campaign committee.

Without citing any official by name, both the majority leader and others who testified made reference to ongoing proceedings involving Storey County Sheriff Gerald Antinoro, who currently faces three pending ethics complaints before the state Ethics Commission and a federal sexual harassment lawsuit filed by a former deputy, in addition to other accusations. Antinoro, first elected in 2010, has twice won re-election and also survived a 2017 recall effort.

“I deal with one elected official up north that is a problem, and we all know what we’re here to talk about,” said Rick McCann of the Nevada Association of Public Safety Officers, whose members include deputies in Storey County and throughout the state.

“I have a problem, and have had for two years, with an elected official who has been able to basically say ‘this’ to the system,” McCann said, gesturing with his middle finger. “For the record, I just put my finger up.”

McCann later confirmed he was referring to Antinoro. The sheriff did not immediately respond to an emailed request for comment.

Two members of the Legislature have resigned in the past two years over allegations of harassment. Former longtime state Sen. Mark Manendo, D-Las Vegas, quit in 2017 after an extensive independent investigation, the results of which were never publicly released. And four-term Assemblyman Mike Sprinkle, D-Sparks, quit last month after facing allegations of harassment.