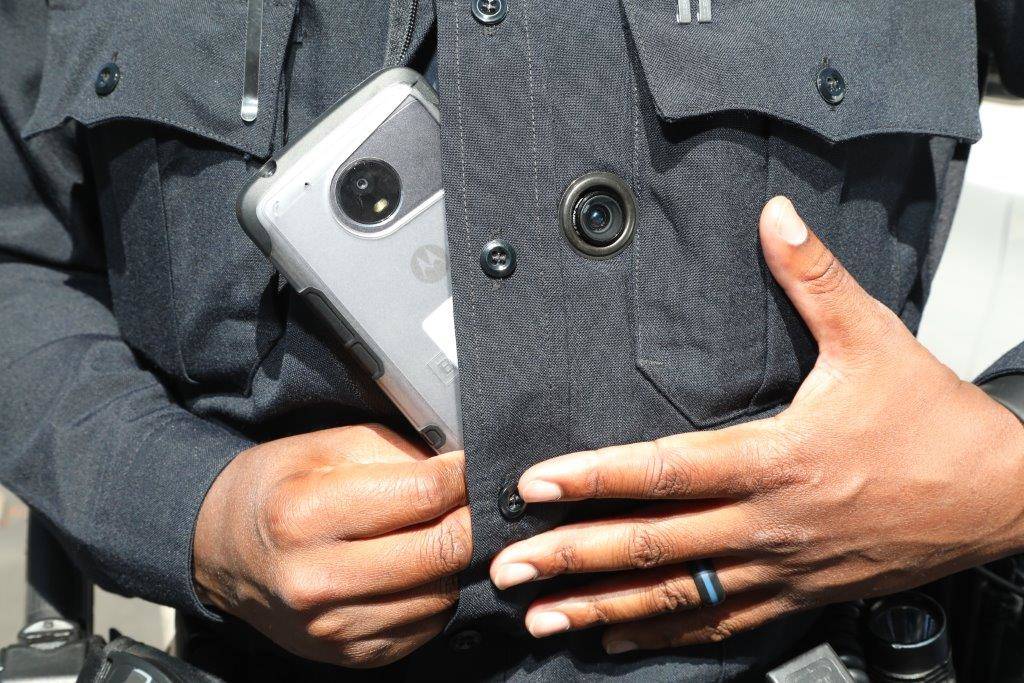 Henderson officer E. Duncan mounts his body-worn camera into place on his uniform. The cameras are part of a newly integrated system required by Senate Bill 176, which went into effect on Sunday, July 1, 2018. (Henderson Police Department) 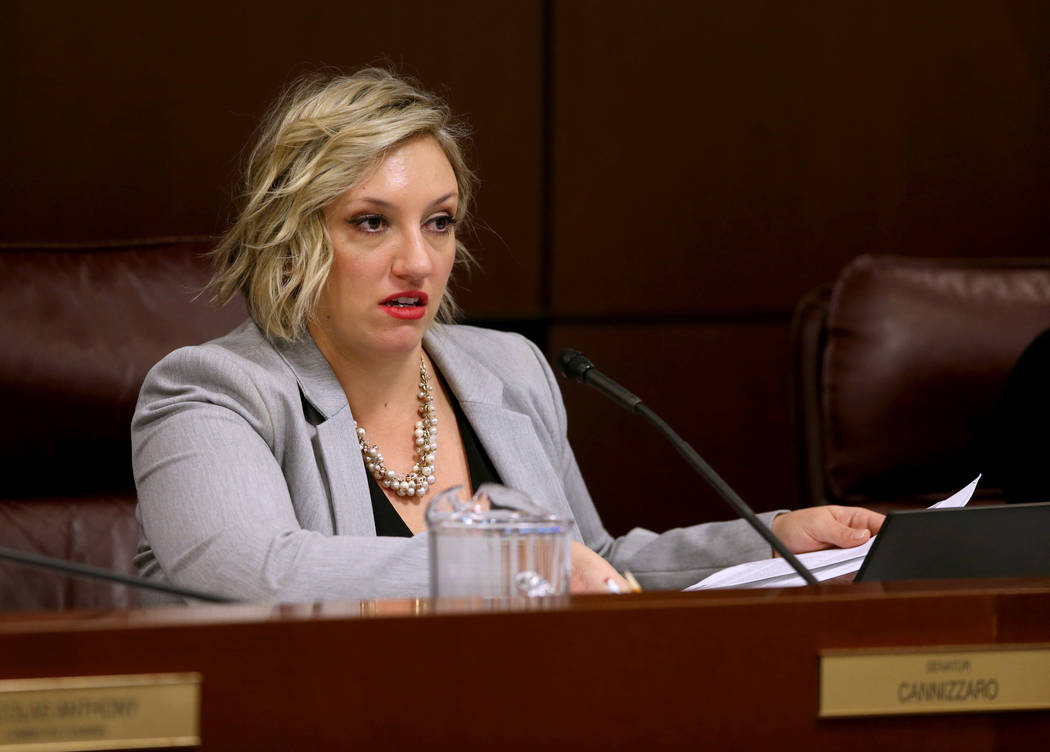 CARSON CITY — A bill aimed primarily at strengthening the rights of police officers under investigation for misconduct will get revisions over concerns that it limits public access to body camera footage and tips the balance too far in favor of officers involved in internal affairs proceedings.

Civil rights and open records advocates, as well as families of victims of police shootings, still oppose provisions of Senate Bill 242 that would conceal the visual identity of officers by blurring their faces in all types of official police video, including dashcam, jail and interrogation room footage.

“Obviously I think the legislative language maybe needs some work,” Sen. Nicole Cannizzaro, D-Las Vegas, the Senate majority leader and bill sponsor, told the Senate Government Affairs committee. “This bill is not intending to undo any of the really good work that has been done as it relates to body cameras that are worn by most of the uniformed officers that this may relate to.”

The bill, strongly backed by police unions, would make changes to the section of state code known as the Peace Officers Bill of Rights. Much of it deals with changes to procedures in internal affairs proceedings that are strenuously opposed by law enforcement agencies as too favorable to officers.

Chuck Callaway, representing the Metropolitan Police Department, told the committee the bill represented a “whittling away at management rights” in favor of employees.

As now written, the proposal also revisits the 2017 state law that put body cameras on all police officers. It would classify such footage as confidential — though still subject to public disclosure — along with other official video. Police agencies could blur the faces of officers who appear in such footage before video is made public.

Video and identification of officers charged criminally would still be subject to disclosure, as would the names of officers involved in shootings.

Police union representatives said showing officers’ faces in videos risks their safety as well as their ability to work undercover. But the ACLU, public defenders and public records advocates said identifying officers goes to the need to foster accountability and build public trust.

In the case of an officer-involved shooting, for example, “It is critical that we see the likeness of that officer,” said Holly Wellborn of the Nevada ACLU. “That is information that the public is entitled to know.”

Dominic Archibald of Las Vegas, who last year won a $33.5 million wrongful death settlement against the San Bernardino County (California) Sheriff’s Department in the 2015 police shooting of her son, Nathaniel Harris Pickett Jr., said the redaction provisions of the bill were virtually meaningless given the pervasiveness of cellphone and surveillance cameras.