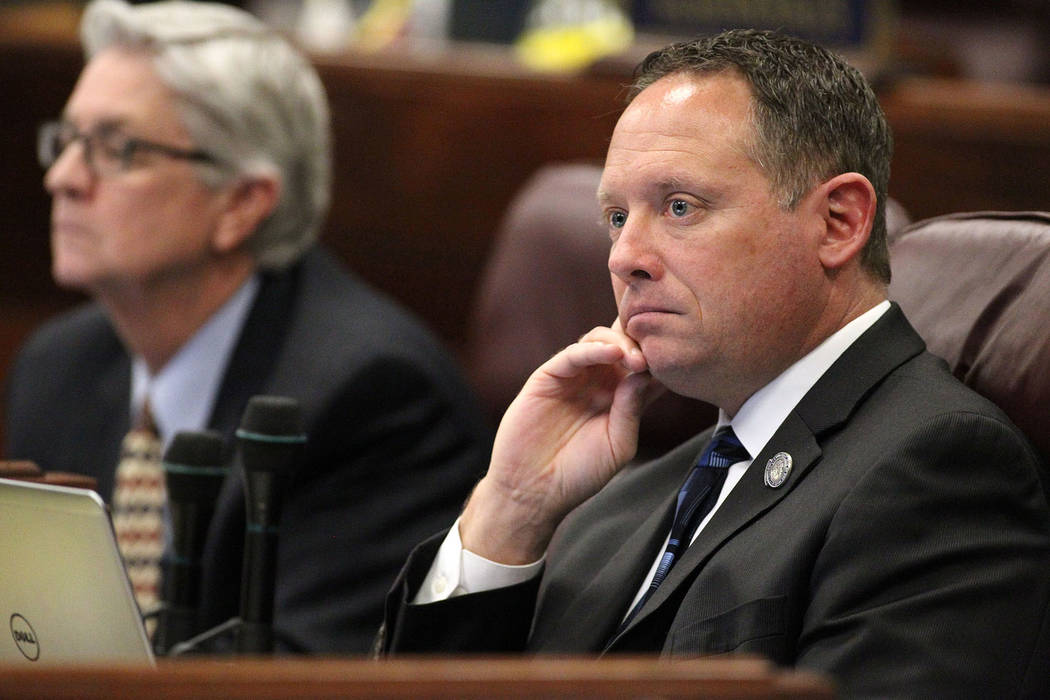 CARSON CITY — Assaulting a security guard in Nevada could carry the same punishment as assaulting a police officer, under a proposed law change being considered in the state Legislature.

Assembly Bill 100, sponsored by Assemblyman Mike Sprinkle, D-Sparks, would make it so assaulting or battering a security guard would face the same enhancements as committing those crimes against a police officer.

The crime of assault in Nevada is considered a misdemeanor. But assaulting a police officer elevates that charge to a felony and carries a possible sentence of one to six years in prison.

“As a society, we are becoming more and more dependent on private security,” Sprinkle told lawmakers in the Assembly Judiciary Committee on Tuesday.

Sprinkle noted that Nevada’s law extends those assault and battery enhancements to other professions beyond police officers, including taxi drivers, school employees and health care professionals.

Representatives for the Nevada Resorts Association, Reno-Tahoe International Airport and Las Vegas Sands testified in support for the bill. A lobbyist for the Las Vegas Metropolitan Police Department said the agency is neutral on it.

The public defender offices in Clark and Washoe opposed the bill, saying they have concerns about granting the same protections to security guards that are given to trained police officers who are required to wear body cameras.

Piro also questioned whether adding the enhancement would do anything to deter or prevent assaults or batteries on security officers.