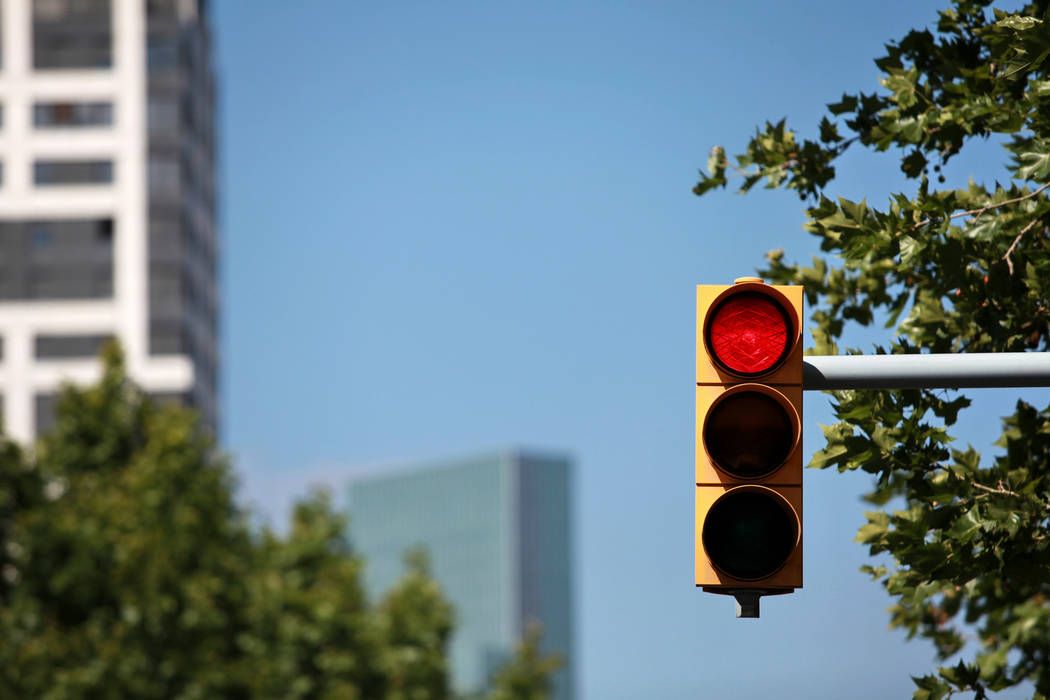 Motorists who take the risk of running red lights in Nevada may soon pay the price thanks to technology. (Thinkstock) 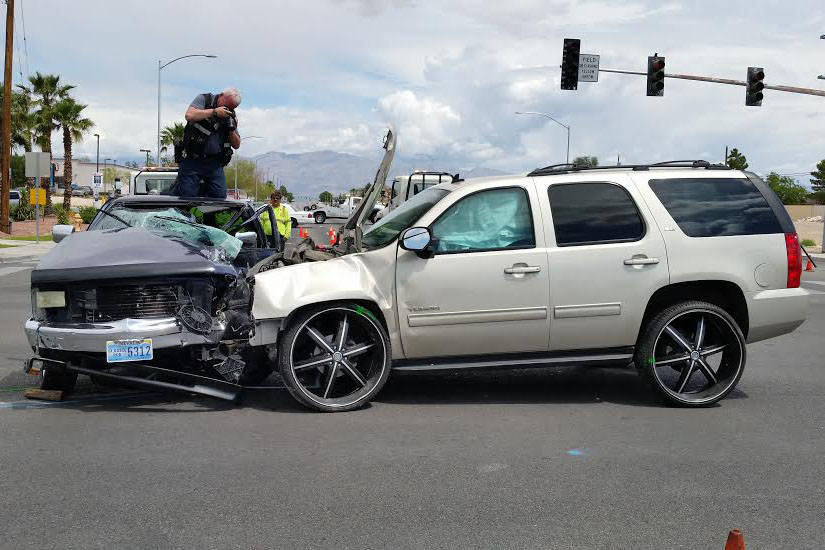 Motorists who take the risk of running red lights in Nevada may soon pay the price thanks to technology.

On Tuesday, the Senate Committee on Growth and Infrastructure heard Senate Bill 43, which would allow law enforcement agencies to use traffic cameras to cite drivers who fail to stop at a red light. The bill was requested by the Nevada Office of Traffic Safety.

Current state law reads that if a camera is used, a law enforcement officer must be present and the device must be handheld or installed in a vehicle.

If the measure is adopted, a camera mounted to a traffic light would photograph the license plate of a driver committing the infraction, and a citation would be sent to the address to which the vehicle is registered.

If the bill is signed into law, it would be up to each jurisdiction to decide whether to implement the technology.

The jurisdiction would have to show just cause to install a camera — for example, a high rate of crashes occurring at a specific intersection — and must provide proof that other measures had failed to deter the problem.

Metropolitan Police Department lobbyist Chuck Callaway said that is exactly how his department envisions using a camera system if the bill is approved.

As an example, Callaway mentioned a traditional hot spot for Metro, Sahara Avenue and Decatur Boulevard, where he said police see several crashes, including ones that are fatal or involve pedestrians.

He said the department would consider installing a red light camera only after trying other approaches to curb crashes, such as deploying traffic cops on motorcycles to ticket red light runners or using an officer dressed in a mascot uniform walking through a crosswalk to raise awareness to the traffic issues in the area.

“It would be kind of a last resort,” Callaway said.

Nevada is among six states that the National Transportation Safety Board recommended deploy traffic cameras as a way to increase safety and decrease the number of traffic-related deaths.

Between 2015 and 2017, there were 930 fatalities on Nevada roads, 367 of those related to speeding and 168 tied to intersection crashes, Department of Public Safety data show.

“An Insurance Institute for Highway Safety study comparing cities with red light cameras to those without found the devices reduced the fatal red-light-running crash rate by 21 percent and the rate of all types of fatal crashes at signalized intersections by 14 percent,” said Andrew Bennett, a Department of Public Safety spokesman. “Over 400 U.S. communities use red light cameras, and over 130 communities in the U.S. use cameras to enforce speed laws. Similar results should be expected in Las Vegas if this program is implemented.”

Despite that, varying reports also show red light cameras can lead to an increase in crashes but a decrease in serious-injury crashes.

“Some studies have reported that while red light cameras reduce front-into-side collisions and overall injury crashes, they can increase rear-end crashes,” Bennett said. “However, such crashes tend to be much less severe than front-into-side crashes, so the net effect is positive.”

Concerns with the bill

Members of the Senate committee aired other concerns with the bill.

Senators noted the possibility of being doubly penalized if a person is ticketed by an officer and is caught on camera running a red light. They also cited privacy issues, concerns about what happens when a person other than the registered owner of a vehicle incurs a ticket and who would own the data generated from the cameras as major issues with the bill.

Senate Majority Leader Kelvin Atkinson, D-North Las Vegas, said he was also concerned that the fine for an infraction is shown as a minimum of $50, with no maximum, and is left at the discretion of each jurisdiction.

Amy Davey, administrator for the Nevada Office of Traffic Safety, noted that the fine for running a red light in North Las Vegas currently is $308 and said the $50 starting point would be a plus. Atkinson disagreed.

Several states, including Florida and Colorado, are considering banning red light cameras that are currently in use, while Hawaii is inching closer to implementing a red light camera system of its own.

If the bill is passed into law, Nevada would become the 25th state to use automated traffic enforcement.

Automated traffic enforcement was outlawed in Nevada in 1999, citing technology concerns. A similar bill was heard during the 2009 Legislative session, but was shot down.

With how technology has advanced since the original ban 20 years ago, Bennett said that shouldn’t be viewed as an issue now.