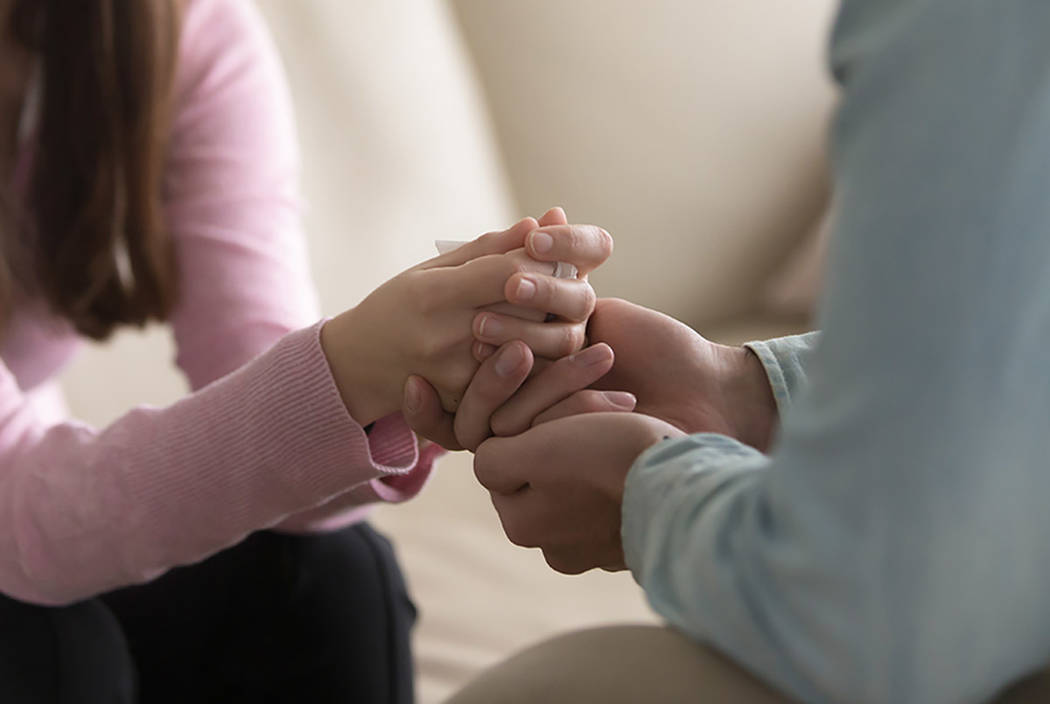 CARSON CITY — As Nevada lawmakers weigh an outright ban on marriage before age 18, data from the state’s two most populous counties show similarities among the very youngest marriage applicants, at least two of whom received court permission to marry at age 13.

“I love him since I was nine years old,” one 14-year-old bride-to-be wrote of her 19-year-old betrothed, in a form where she listed her reasons for marrying.

Current Nevada law sets the marrying age at 18 but allows 16- and 17-year-olds to marry with parental consent. Those under 16 can marry with approval of a parent and a judge’s sign-off. Like 17 other states, Nevada has no set minimum marrying age.

The state does not compile overall marriage license data from all 17 counties. The Review-Journal looked at data from the two largest counties to gauge the potential impact of a bill now pending in the Legislature that would ban all marriages by people under 18 without exception.

The Nevada measure, Assembly Bill 139, has passed out of committee and is awaiting action by the full Assembly, likely this week. If the measure eventually becomes law, Nevada could become just the third state to enact an unyielding 18-and-over restriction on marrying. Delaware and New Jersey approved such a change last year, and similar legislation is pending this year in 11 other states.

Youngest are small fraction of total

The Washoe data cover 1999 through March of this year. Clark County data also cover up to March, starting from 2001. Data from both show only a minuscule percentage of all marriage licenses issued in the counties involved at least one applicant who was 16 or younger — just 0.3 percent in Clark, the state’s largest, and 1.6 percent in second-ranked Washoe.

Still, those figures represent more than 9,800 couples out of about 2 million who were issued licenses in the two counties over roughly 20-year periods. A 2016 study of child marriage by the Pew Research Center found Nevada had the third-highest rate of married 15- to 17-year-olds per 1,000, after West Virginia and Texas.

The vast majority of the overall total was amassed in Clark, home to Las Vegas, which is touted as the top wedding tourism destination in the world. County clerk officials there say more than 80 percent of marriage licenses they issue are to applicants from somewhere else.

Ironically, the data show total license issues down in both counties — by 40 percent in Clark and nearly 70 percent Washoe — for the periods reviewed. They tanked especially at the height of the 2008 recession.

Broad findings from the data show the following:

In both counties, the process of converting older data from original hard copy to electronic format has produced occasional transcription or input errors; the digitized records are updated when errors are found. One statistic citing the marriage of a 12-year-old girl in Clark County, referenced in testimony when the Nevada bill was hear in legislative committee in early March, turned out to be a data error.

The Review-Journal took a closer look at the smaller number of youngest applicants, double-checking figures and data with county clerks for accuracy. That group comprised 43 couples where the bride-to-be was at most 14 years old.

In the case of all but two couples, at least one party resided out of state, overwhelmingly from California. California’s typical marrying age and exceptions for undercutting it are similar to Nevada’s. But the state has a more rigorous review process for younger applicants that includes investigation by family court services for evidence of force, threat, persuasion or coercion.

All but one involved at least one applicant born outside the U.S. And at least half of the marriage licenses cited a pregnancy or recent birth, though not all records included definitive pregnancy data. Applicants often cited an expected or recent birth or the cultural norms of their country of origin as the reason for marrying.

“We want to get married in order to be right before God & society,” one Hispanic couple wrote on their 2001 application — a 22-year-old man from East Los Angeles and a 14-year-old girl from Mexico, who listed Stockton, California, as their current hometown.

“It is very common to get married at a young age in my culture,” wrote a Thai couple from Fresno in 2005 — a 26-year-old groom born in Thailand and his 14-year-old U.S.-born bride.

Underage applicants obtain court approval with proof of parental consent before they apply for their marriage license. Clerks will decline to issue a license to anyone of any age who appears incapacitated or acting under duress. But no such denials involving a minor have happened recently in Clark County, officials there said, and in both counties, the number of under-16 applicants seems to be in decline.

Goya said she supports the intent of the bill, which has picked up additional sponsors since Assemblywoman Shannon Bilbray-Axelrod, D-Las Vegas, first proposed it. The law, with similar proposals being considered in other states, reflects changing attitudes about the kind of adult responsibilities minors should be entrusted with, as well as heightened sensitivity to potential human trafficking concerns and the well-being of minors, especially girls, who enter into arranged, often-forced marriages.

When the bill was heard by committee last month, advocates noted that age-18 requirements limit when people first can vote, join the military, donate blood, use a tanning salon or buy tobacco.

“Children shouldn’t be getting married when they can’t go to a domestic violence shelter because they’re not old enough,” Bilbray-Axelrod said last week. “They can’t sign a legal contract, they can’t join a gym legally, but they can enter a legal contract for marriage.”

The bill hearing in March drew supporting testimony from advocates for women and children, academics and legal experts from around the country — as well as women who had married as girls. One woman identified only as “B” married at 14 and is still married 23 years later, but regrets her decision for all the challenges she faces and the opportunities she missed, and would never let her 15-year-old daughter follow her example.

“I wish I’d had a chance to learn who I was before I was forced (too young to consent) to be tied to someone else for the rest of my life,” she said in written testimony. “I wish I’d known what real love was so I could have seen all the signs of abuse and left long ago.”