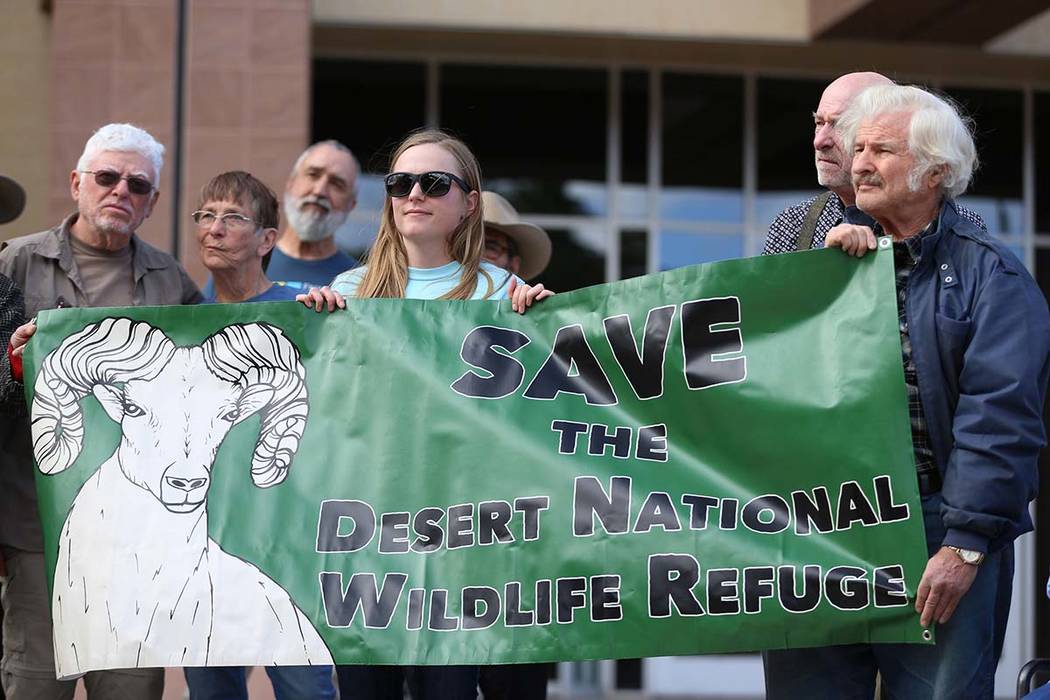 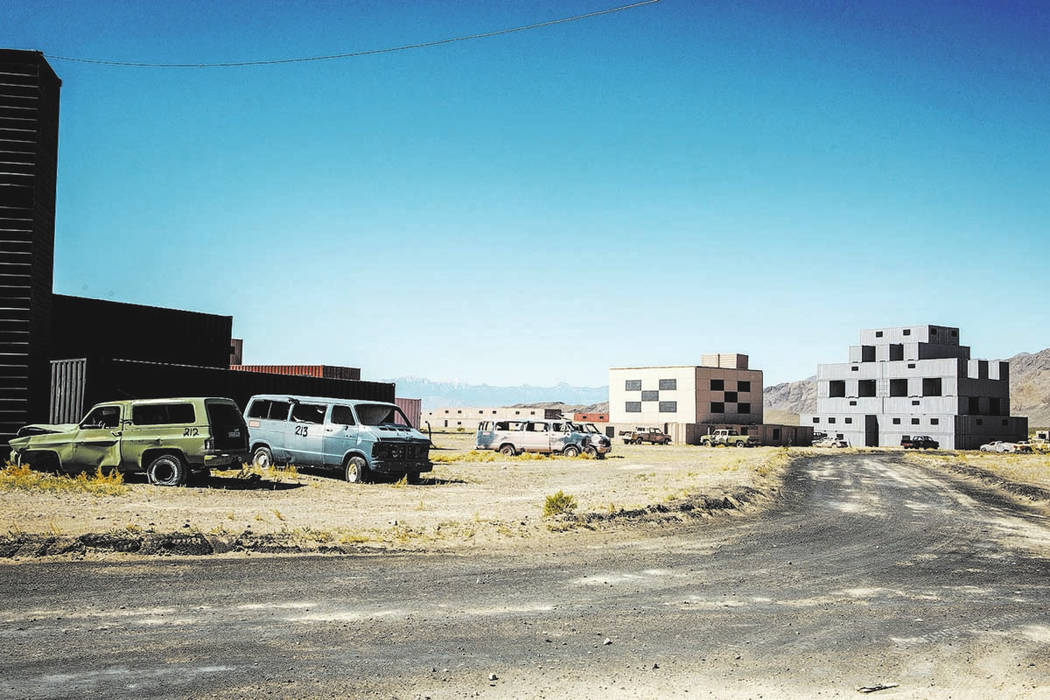 The streets of "Gotham City" are quiet during a rare tour of the Nevada Test and Training Range on Sunday, May 21, 2017. The Air Force wants to build more training facilities like this on land it hopes to gain control of within the range as part of an expansion now under environmental review. Patrick Connolly Las Vegas Review-Journal @PConnPie 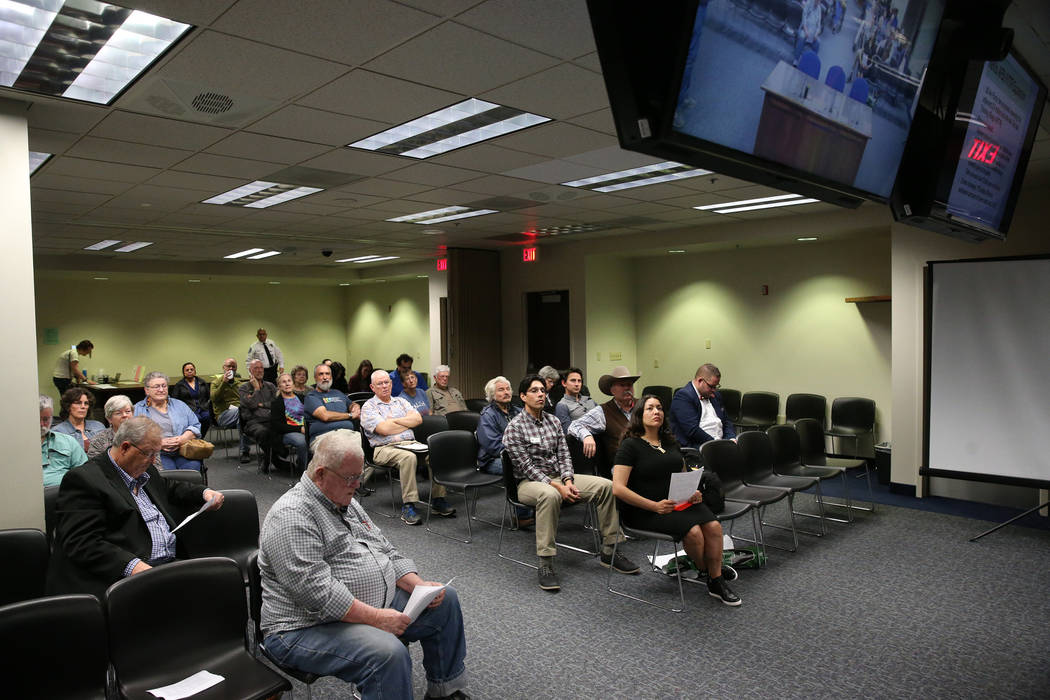 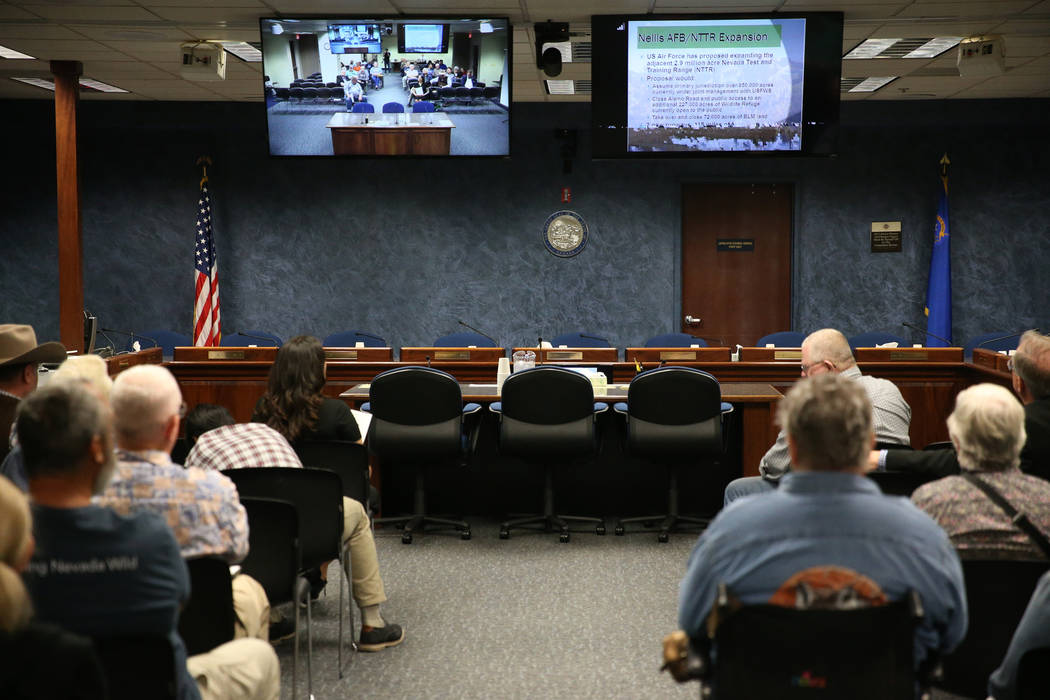 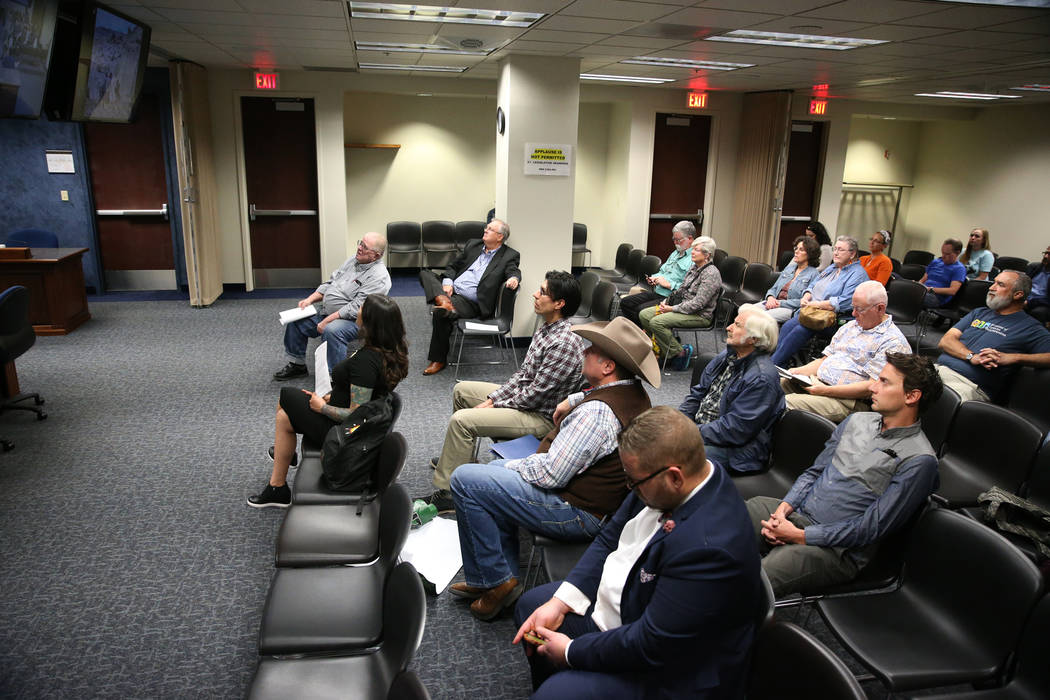 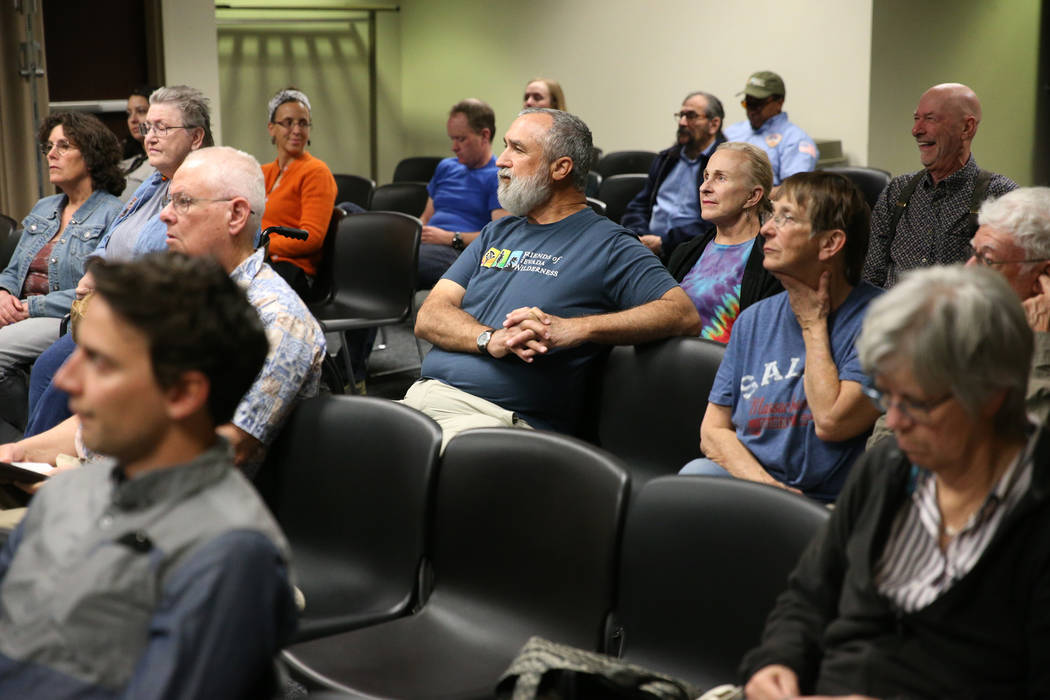 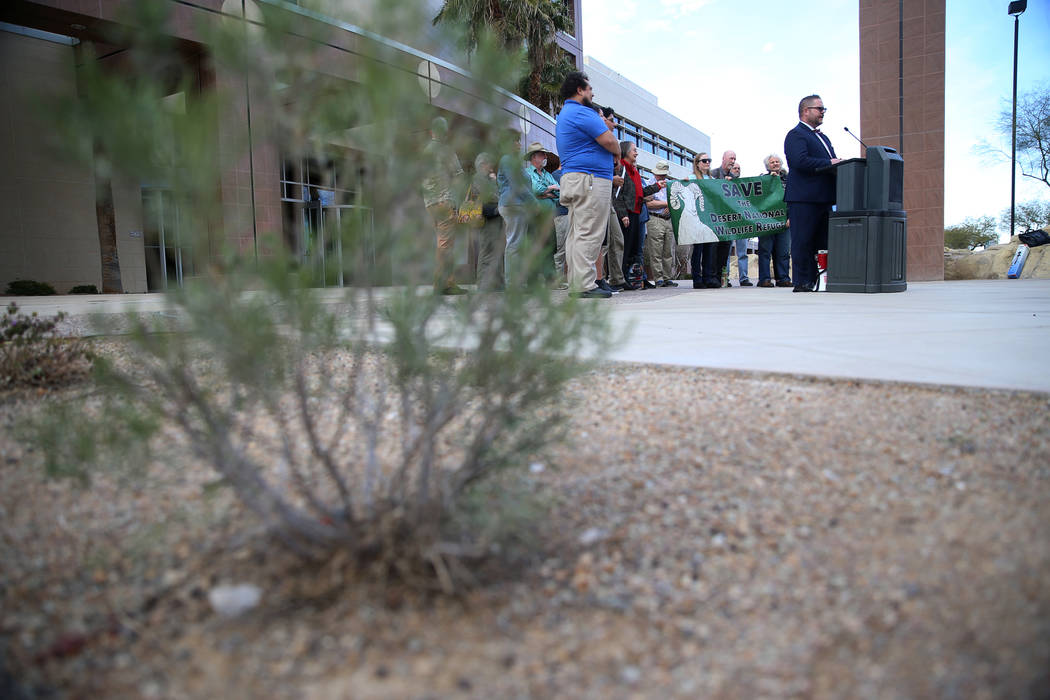 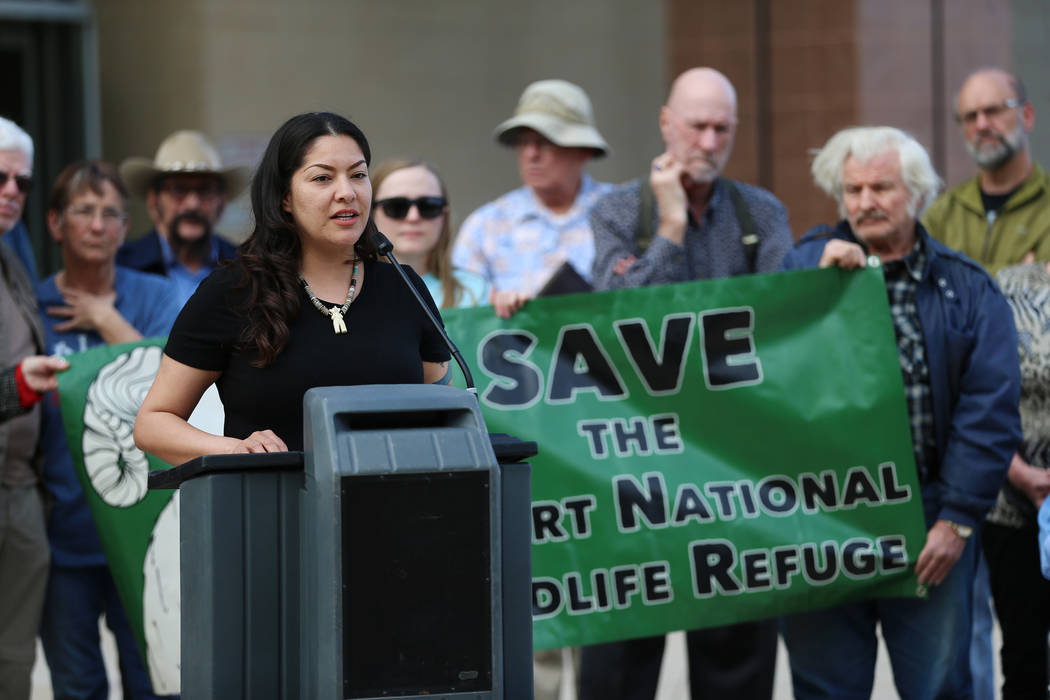 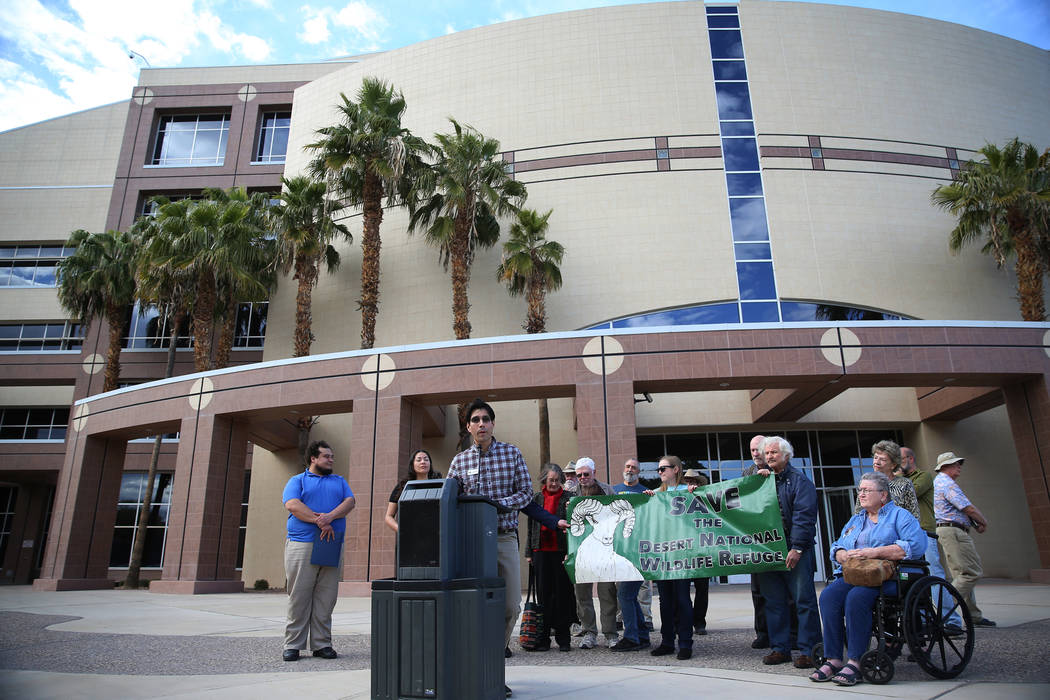 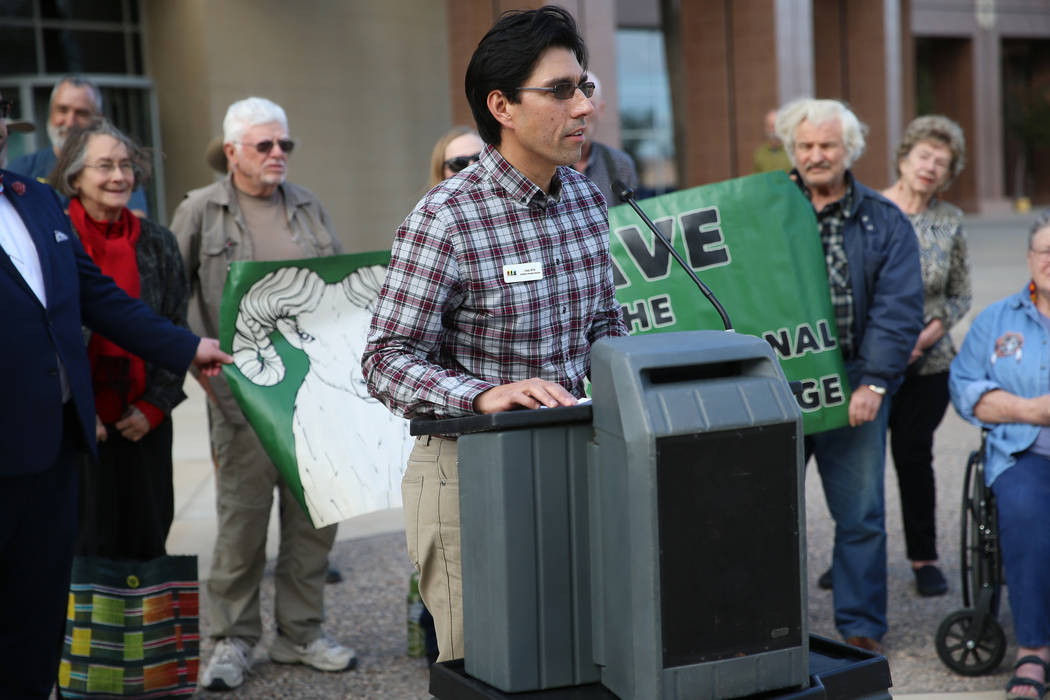 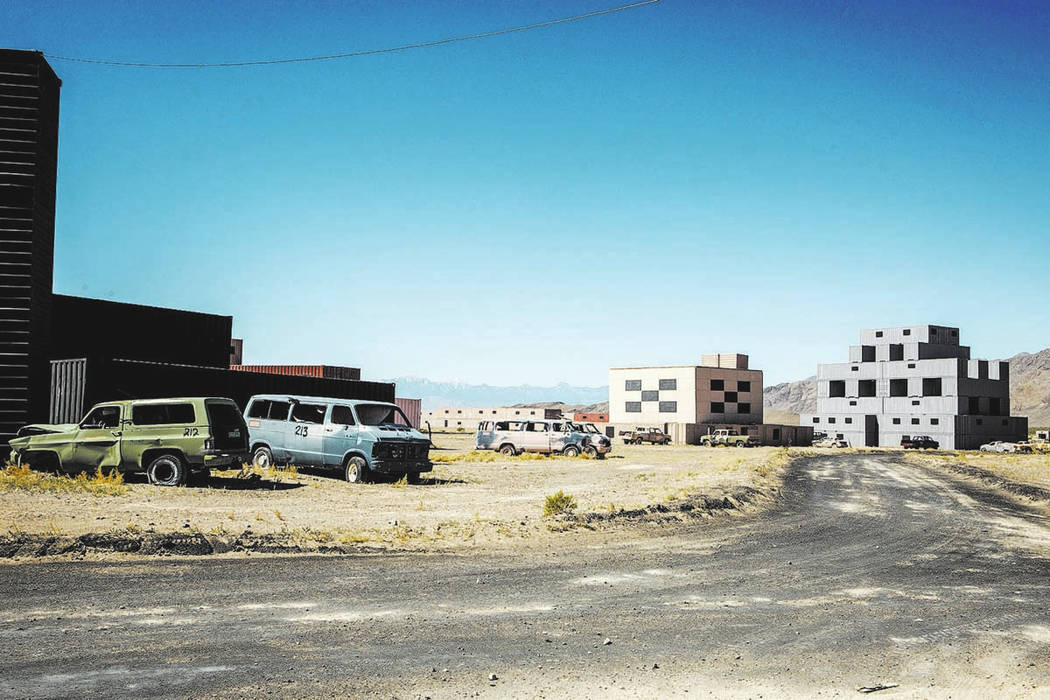 A model city nicknamed "Gotham City" made of shipping containers during a range tour on the Nellis Air Force Base on Sunday, May 21, 2017. Patrick Connolly Las Vegas Review-Journal @PConnPie

State lawmakers soon could weigh in against plans to carve out more of the state’s largest wildlife refuge for a bombing range in Southern Nevada.

Separate resolutions have been introduced in the Senate and the Assembly opposing the expansion of the Nevada Test and Training Range.

Dozens of people turned out in Carson City and Las Vegas on Tuesday as the Senate Committee on Natural Resources held the first hearing on one of the resolutions.

No one spoke in favor of the range expansion.

“Nevada has given enough to the military,” Las Vegas architect and outdoor enthusiast Eric Roberts said. “Nevada’s given enough land to have a 51st state in the union. It’s time we keep some for ourselves.”

The Air Force is asking Congress to add more than 301,000 acres to the secure military proving ground, which already takes up 2.9 million acres in Clark, Lincoln and Nye counties.

Most of the expansion — roughly 277,000 acres — targets the Sheep Mountains at the heart of Desert National Wildlife Refuge, but the military also wants sole control over an 846,000-acre swath of the bombing range that already overlaps the refuge and has been off-limits to the public for years.

The Assembly Committee on Natural Resources, Agriculture and Mining is slated to hear a similar resolution Wednesday from Lesley Cohen, D-Henderson, and Sarah Peters, D-Reno.

“It’s going to shrink the largest national wildlife refuge in the lower 48 down to a minuscule area right around the visitor center,” said Jefferson, board chairman for the Wild Sheep Foundation, a Montana-based nonprofit run by hunters and conservationists dedicated to protecting and expanding bighorn populations across the West. “This is some of the best bighorn sheep habitat in the world.”

He worries the expansion could derail ongoing efforts to study and support the roughly 600 sheep living in the Sheep Range.

As it is now, wildlife officials are only allowed onto the range once a year or so to conduct survey flights and check on water developments for sheep and other animals, Jefferson said. “That’s really not the way to manage wildlife.”

By contrast, he said, sheep advocates can venture onto the refuge whenever they want to check on natural springs and man-made “guzzlers” that provide crucial water sources for sheep and other wildlife.

“I think it’s a slippery slope when you put the job of wildlife management in the hands of the military. That’s not their mission,” Jefferson said.

As part of their proposal, defense officials also want lawmakers to extend — perhaps indefinitely — the military’s hold on the entire 2.9 million acres previously withdrawn from public use for the test range under a congressional decree last renewed in 1999.

Congress is expected to act on the matter by 2021, when the current land withdrawal for the test and training range is set to expire.