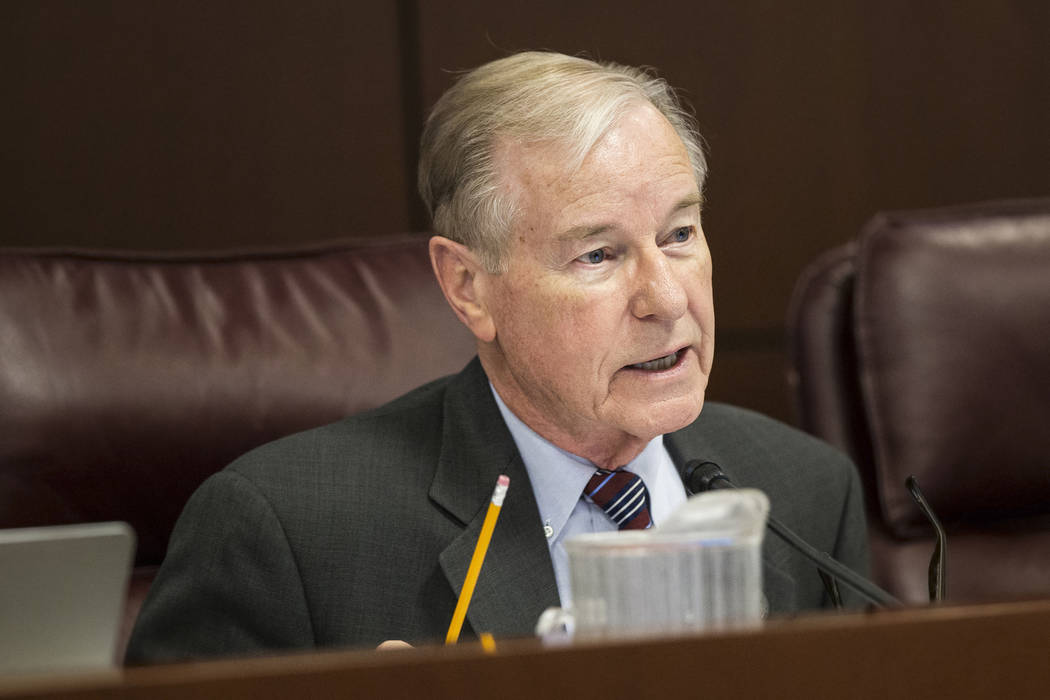 CARSON CITY — A proposal to give state workers the right to collectively bargain took its first step toward becoming law Thursday.

Senate Bill 135, introduced on the Senate floor Thursday, would require the state’s executive branch to negotiate with labor organizations representing state workers on issues such as wages, benefits and other employment terms.

“I think that we’ve seen over the last decade that our state employees have received no pay increases. They’re finding it harder and harder to live on the salaries,” said Sen. David Parks, D-Las Vegas. Parks is the chairman of the Government Affairs Committee, which is sponsoring the bill.

The bill will be debated and discussed at a later date in the Government Affairs Committee.

The proposal is similar to collective bargaining bills proposed in previous lawmaking sessions, but those were often met by the opposition of then-Gov. Brian Sandoval, a Republican, and died. But Gov. Steve Sisolak, a Democrat elected in November, has said he supports state government workers’ rights to collectively bargain, and Parks believes this is the time the proposal gets enshrined into state law.

One issue often cited as reasoning for collective bargaining is that the state loses many of its employees to local governments, which typically offer higher salaries.

Senate Minority Leader James Settelmeyer, R-Minden, said he understands those concerns, but he is worried about forcing the state to negotiate with labor groups that are not in Nevada.

“It’s always problematic for me to hand over the reins of our state to individuals that will be doing the collective bargaining who are not in the state.”

If passed by the Legislature and signed by the governor, the bill would go into effect immediately.