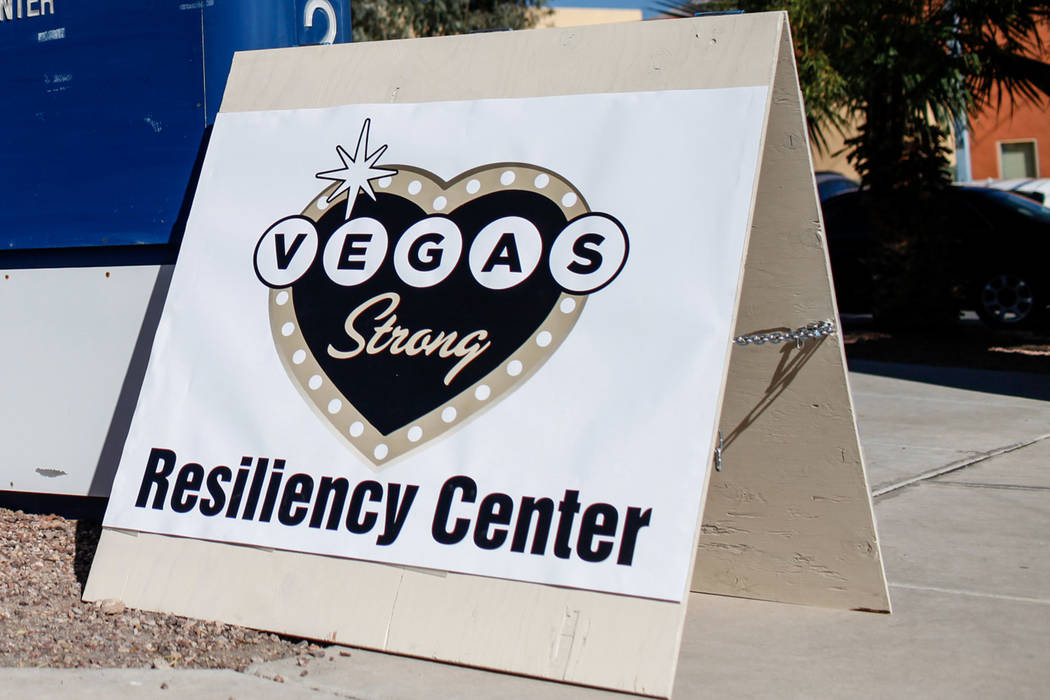 The bill to create the “One October” specialty license plate in Nevada and distribute a portion of fee revenues to the Vegas Strong Resiliency Center was heard on Tuesday, April 9, by lawmakers. (Joel Angel Juarez/Las Vegas Review-Journal) @jajuarezphoto

The bill to create the “One October” specialty license plate in Nevada and distribute a portion of fee revenues to the Vegas Strong Resiliency Center was heard on Tuesday by lawmakers, who did not take any action.

Assembly Bill 333 would generate $25 for each original plate, and $20 for each renewal, for the Resiliency Center, which since last month has been managed by the Legal Aid Center of Southern Nevada. The Resiliency Center provides resources and referrals to those affected by the Oct. 1, 2017, shooting at the Route 91 Harvest festival that killed 58 and injured more than 800.

Two Legal Aid representatives testified to the Committee on Growth and Infrastructure by video from Las Vegas in support of the bill, telling lawmakers that the proposed legislation would benefit the Route 91 family.

Tennille Pereira, the director of the center, said AB 333 would help survivors with minor expenses, such as electricity bills, that the center currently does not have the resources to offset.

And the bill is “another opportunity to reaffirm our commitment to the spirit of goodwill that flowed through our hearts in the aftermath of the shooting,” said Robert Gipson II, a legal victim advocate at the center.

Assemblywoman Rochelle Nguyen told fellow committee members that a mock-up of the license plate had been approved by all necessary parties should the bill be approved.

The committee is scheduled to meet again Thursday, but it wasn’t immediately clear Tuesday whether AB 333 would return for discussion on that agenda.