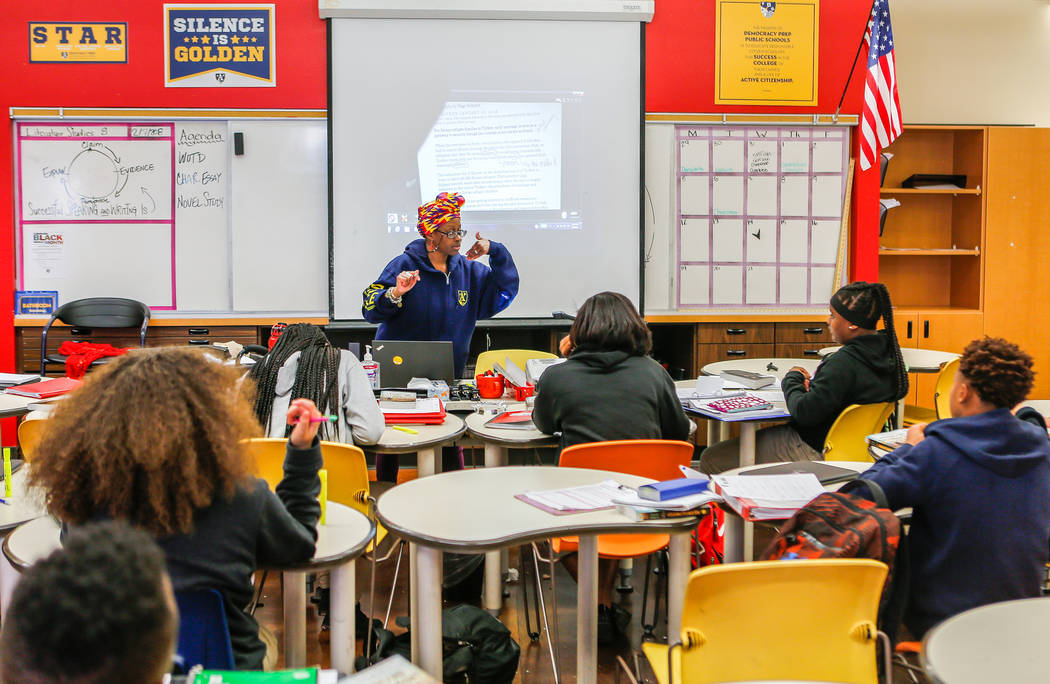 The charter-school initiative launched by the Republican-controlled 2015 Legislature would be eradicated under a new bill heard on Friday.

SB 321, sponsored by four Democratic senators, would abolish the Achievement School District, which allows charter operators to either take over existing underperforming public schools or open as nearby competition to them.

The district has grown slowly since the first two schools began in 2017.

Of the four schools in the district, only Agassi Prep adopted the takeover model and became Democracy Prep at the Agassi Campus.

The bill would require those schools to submit an application to the State Public Charter School Authority, the agency responsible for approving state-sponsored charter schools.

Sen. Marilyn Dondero-Loop, a co-sponsor of the bill, said the initiative was a reform that “never quite lived up to the hype.”

She argued that the district had not been successful in attracting high-quality operators — linking the state’s education funding to the problem.

“The lack of funding that plagues our public schools is likely the cause of the failure of the Achievement School District,” she said.

Proponents of the bill blamed the state’s low per-pupil funding for the challenge in attracting high-quality charter operators.

Celerity was selected as a charter operator along with Democracy Prep for the first year of the district, but the state revoked its conditional approval after the Los Angeles Times reported that the FBI raided its California offices.

“Teachers in potentially targeted schools were uncertain about their job status, so many put in transfer requests and left these schools,” she said. “It was chaotic.”

But parents and students of current Achievement schools spoke strongly against the bill, noting that they saw an improvement in both academics and behavior.

She said staff have also exceeded her expectation in handling her son, who was quite a challenge as a kindergartener.

“My area is overcrowded and having the option of a school means the world to me,” she said. “Deciding on Nevada Rise was the right choice for my family.”

Ignacio Prado, executive director of Futuro Academy, which opened up as a neighborhood option under the Achievement district, noted that 86 percent of his students qualify for free or reduced-price lunch. Four in 10, he said, are English language learners.

The bill would burden the school with going through the process of changing the authorizing agency, he said.

“This uncertainty and additional burden is sure to have an impact on the focus we can have on what matters most, which is academics and students.” he said.