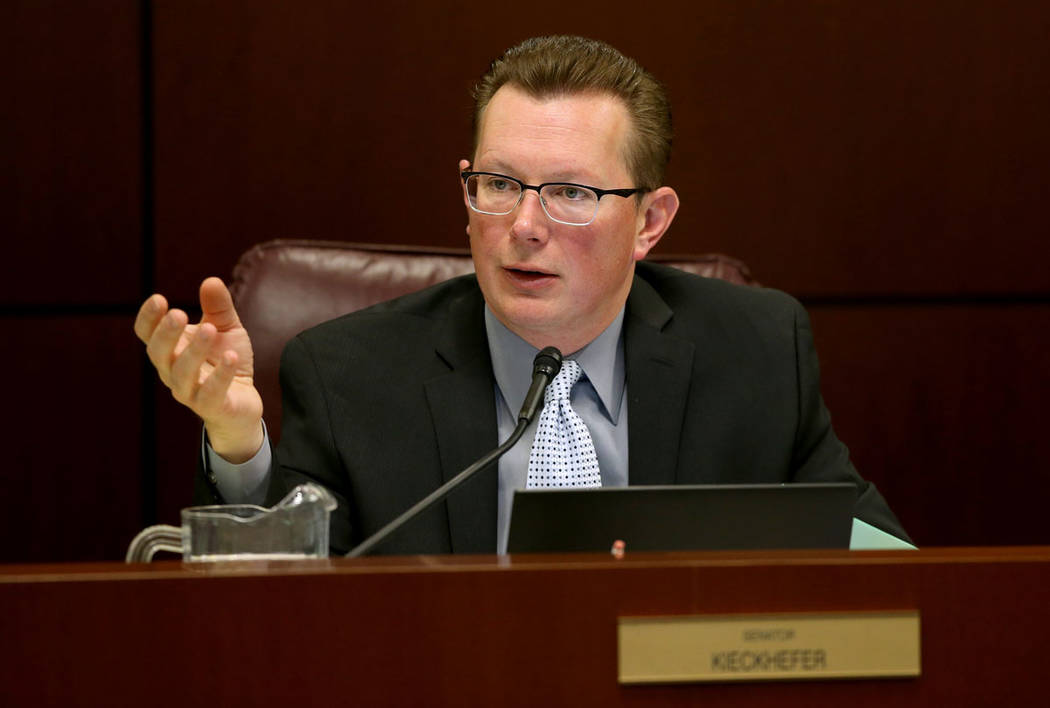 CARSON CITY — An overhaul of state law governing public access to official records was rescued from near-defeat in a Senate committee late Friday, as amendments toning down its toughest provisions won unanimous consent to move it out to the full Senate.

Senate Bill 287, parked in committee for weeks, looked all but dead in the face of opposition from local governments and other public agencies that saw its provisions burdensome and potentially punitive. The bill aims to strengthen enforcement, promoting compliance with the law and easing access to records.

In original form, it proposed penalties for noncompliance that could include court-ordered fines of $100 for each day an agency blocked access, in addition to potential civil penalties as high as $250,000.

The changes vastly reduce the schedule of potential fines to $1,000 for a first offense up to $10,000 for third and later offenses.

In addition, it redirects potential fines back to the agency, not to a records access officer as the original bill proposed, and changes requirements for providing records in digitized or electronic format — a cost and time concern of agencies.

“This is our best effort to come up with what we think is good policy,” Sen. Ben Kieckhefer, R-Reno, told the Senate Finance Committee Friday night. He and Sen. Melanie Scheible, D-Las Vegas, worked with Sen. David Parks, D-Las Vegas, the original sponsor, to craft amendments.

The bill is backed by Right to Know Nevada, a coalition that includes civil rights and good-government watchdogs and media organizations such as the Review-Journal, who fashioned it as a response to agency foot-dragging and stonewalling on public records requests.

“We’re gratified that the committee voted unanimously to approve the bill,” Richard Karpel, executive director of the Nevada Press Association, said after the committee vote. “It’s clear recognition that access to public records is essential to a well-functioning democracy.”