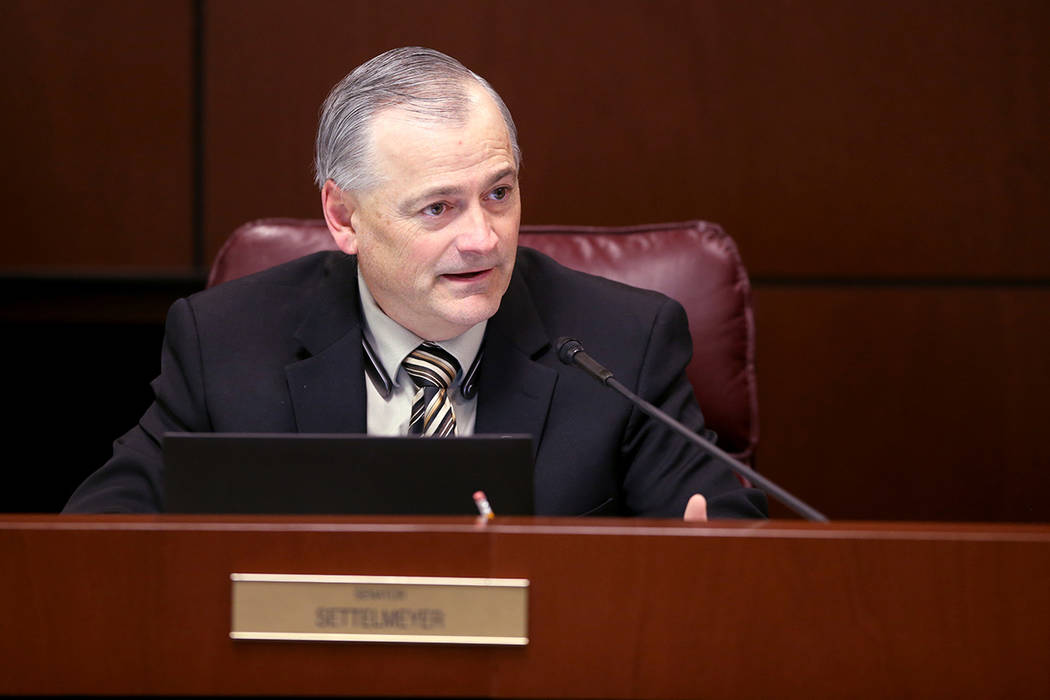 CARSON CITY — While publicly fighting a proposal to delay a scheduled decrease in the payroll tax rate, Republicans behind the scenes were floating an idea to raise Nevada’s statewide sales tax.

In negotiations during the final days of the Legislature over the payroll tax plan, Senate Minority Leader James Settelmeyer, R-Minden, had raised the possibility of a quarter-cent statewide sales tax with Democratic leadership. The proposal would have generated more than $300 million, according to multiple sources involved in the discussions.

In recent weeks, Republicans had said that maintaining the modified business tax rate at its current rate was unnecessary because there was anywhere between $140 million and $240 million in leftover funds from budget trimmings that could be used to pay for Democrats’ education priorities, especially teacher raises.

Settelmeyer said that there was “a lot of discussion” over finding additional revenue sources to fund the Democrats’ priorities. But he said he wanted proof from the other side of the aisle that there was enough money in the budget without the Democratic preferred tax package, Senate Bill 551.

“We discussed different revenue streams before and I indicated that I’d be open to the concept of more revenue if you can show me that we have exhausted the reality of savings,” Settelmeyer said in his office Monday.

“We never got to that because we never got proof that there wasn’t enough money,” Settelmeyer added. He said he mentioned the sales tax because that levy appeared on a list of Nevada state revenue sources provided by the legislative fiscal division.

But Settelmeyer stressed that he didn’t believe a tax increase would have been necessary, given the amount of money available in the current budget.

The tax bill that Republicans opposed, Senate Bill 551, passed the Senate and Assembly on party-line votes on Monday, the final day of the 2019 legislative session. Because Democrats in the Senate did not muster a two-thirds vote, Republicans have warned the vote — which extends a payroll tax that was set to decrease — is vulnerable to a lawsuit.