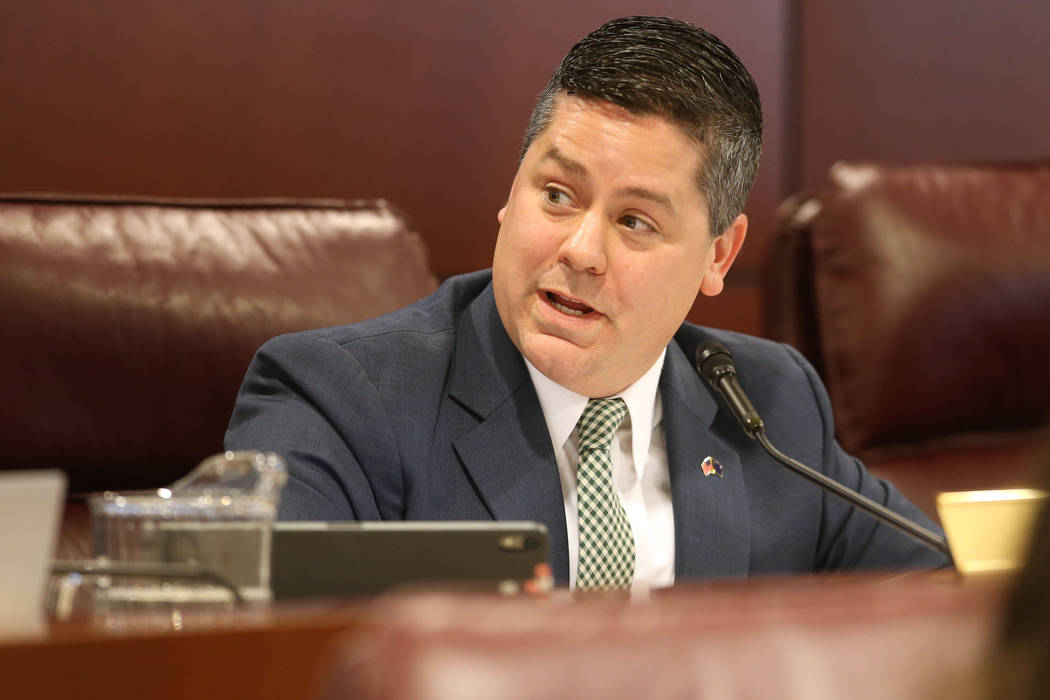 Assemblyman Steve Yeager, D-Las Vegas, presides during a Judiciary Committee meeting in the Legislative Building in Carson City on the first day of the 80th session of the Nevada Legislature on Feb. 5, 2019. (K.M. Cannon/Las Vegas Review-Journal) @KMCannonPhoto

CARSON CITY — A bill that would have decriminalized most traffic tickets and assessed civil penalties instead is dead in its tracks, according to its sponsor.

Assemblyman Steve Yeager, D-Las Vegas, said Wednesday that he asked for Assembly Bill 411 to be pulled and not voted on before Friday’s deadline for bills to pass out of committee. The bill was considered one of the key criminal justice reform proposals under consideration by the 2019 Legislature.

AB411 would have taken jail time off the table for most minor traffic violations like speeding and broken taillights by reclassifying them as civil infractions with fines for most topping out at $250. Those violations are considered criminal misdemeanors under current state law.

That’s especially true for those who are poor and can’t afford to pay those tickets or the fines that come with missed court dates and bench warrants, said Clark County Deputy Public Defender John Piro.

“For the people I represent, it could ruin their whole lives,” Piro said. “You get a $500 ticket, you’re living paycheck to paycheck and you can’t pay it. So you don’t go to court because you’re like ‘I don’t want to go to jail.’ Then you get a bench warrant, and you get picked up on your bench warrant and you go to jail.”

“It’s a downward spiral that I have personally witnessed with numerous people,” Piro said.

During a hearing on the bill last month, municipal courts complained that the bill called for too much change in too short a time — it would have been implemented on Oct. 1 — saying it would be impossible to accomplish in that time frame.

Yeager pointed to those issues as the reason for the bill’s demise, saying he was “sensitive” to those concerns from the courts. But he noted that another bill he is pushing, Assembly Bill 434, would accomplish some of the same goals that the traffic decriminalization would have, although it does not go as far.

The amended version of AB434 would prevent courts from issuing bench warrants within 30 days of a missed court date for most traffic violations or a fine payment date. It also requires courts to offer community service in place of a fine before issuing a bench warrant.

“We shouldn’t be arresting people for not paying traffic tickets. (AB) 434 prevents that from happen,” Yeager said. “I think that’s going to level the playing field.”