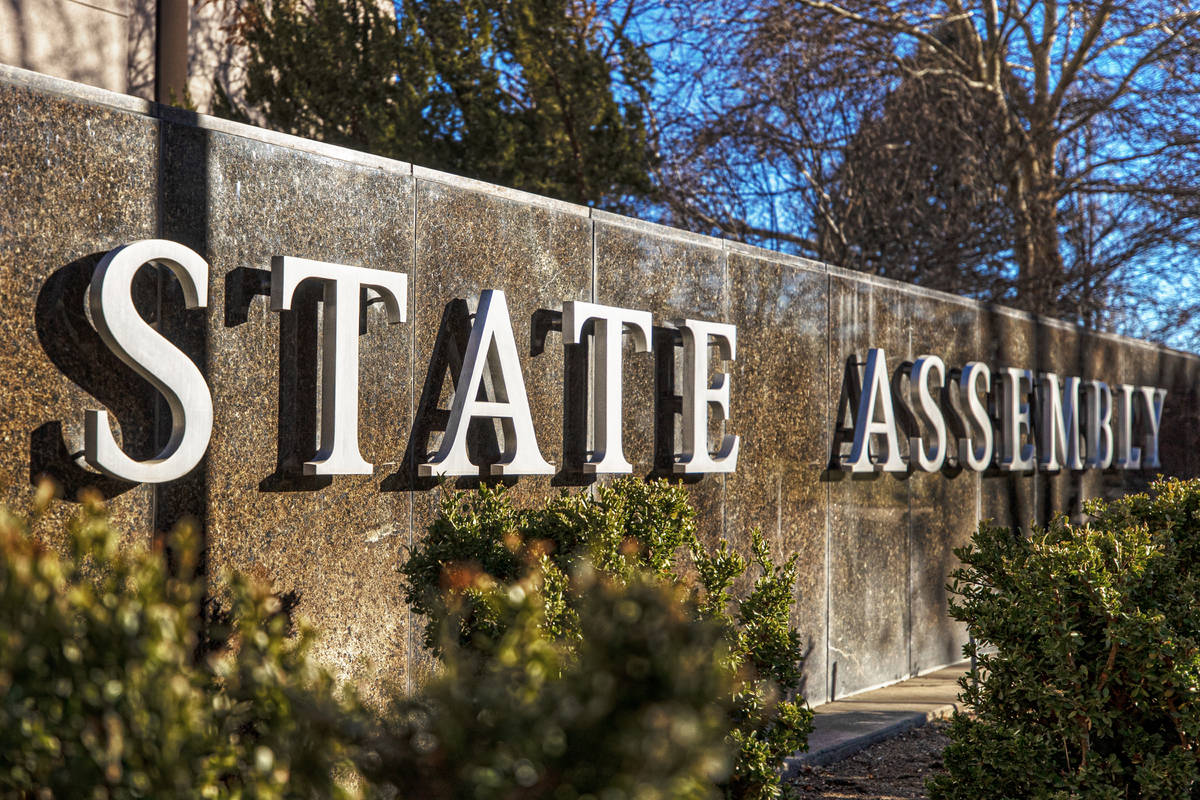 CARSON CITY — The state Assembly on Tuesday voted in favor of a bill that would abolish the death penalty in Nevada, the first time that a bill that would eliminate capital punishment has been approved by the full Assembly.

The Assembly voted along party lines 26-16 on Assembly Bill 395, moving the state one step closer to potentially joining the 23 other states that have repealed capital punishment. The bill heads to the Senate, where its fate is still up in the air despite Democratic control of the chamber.

And it still faces potential opposition from the governor’s office. In an afternoon press conference, Gov. Steve Sisolak said there are “incredibly severe situations that may warrant consideration of capital punishment.”

“Under most circumstances I’m opposed to capital punishment,” the governor said, speaking from a statement. He cited the Oct. 1 2017 mass shooting at the Route 91 Harvest Festival in Las Vegas, where 60 people died, and the impact the event had on him and the families of victims.

“Which is why I have a hard time with the idea of a complete abolishment of the death penalty,” the governor said. “As governor, I have responsibility to be considerate of all these factors while I weigh any legislation that could get to my desk.”

Speaking as they left the Senate floor Tuesday, Majority Leader Nicole Cannizzaro and her fellow Las Vegas Democrat Sen. Melanie Scheible, who chairs the Judiciary committee, would not commit that the bill would get a hearing in their chamber. Both are prosecutors in Clark County, where District Attorney Steve Wolfson has been outspoken in his support for keeping the death penalty.

“We’ve got a lot of Assembly bills coming over, we’re looking at our schedules, and we’ll go through the legislative process, but obviously haven’t had time to sit down, make any commitments on anything,” Cannizzaro said.

Soon after the bill was introduced last month, Wolfson’s office announced that it is seeking an imminent order of execution for a man convicted of killing four people in 1999, said he believes capital punishment should remain an option for jurors.

“If we abolish the death penalty and a person who is convicted of first-degree murder can only be sentenced in two ways — life with or without the possibility of parole — that’s not right,” Wolfson told the Assembly Judiciary Committee last month.

Scott Coffee, a public defender and board member on the Nevada Coalition Against the Death Penalty, said that he hopes the bill will gain traction in the Senate, but said that politics will likely play into that.

“The death penalty has become more about politics to some extent rather than efficiency or practicality,” Coffee said Tuesday. “People use it to show that they are tough on crime knowing that the odds of it being carried out are virtually zero. And that’s a real problem.”

AB 395 would also commute those existing death sentences to life in prison without the possibility of parole. Nevada last executed someone in 2006, and there are about 60 men on death row in the state.

Democrats in the Assembly who voted for the bill spoke of the enhanced costs associated with death penalty cases, worries over the possibility of sentencing innocent people to death

“Now is the right time to end our costly, ineffective and inhumane death penalty,” Assemblyman Steve Yeager, D-Las Vegas, said during an emotional floor speech before the vote. “The government simply should not be in the business of killing.”

Republicans, meanwhile, echoed similar sentiments to those expressed by Wolfson during last month’s hearing, arguing that the death penalty should remain on the books for the “worst of the worst” offenders.

After failing to make it out of committee in 2017 and 2019, the approval from the Assembly marks a major hurdle cleared for advocates who have pushed for years to take capital punishment off the books in Nevada.

Yeager, who got visibly choked up during his speech, said after the vote that bringing an abolition bill to the full Assembly for the first time was “obviously meaningful to me.”

Holly Welborn, policy director for the ACLU of Nevada, called the vote a “historic moment for Nevada.”

“For the first time in history a death penalty repeal bill has passed the Assembly, and we are one step closer to ending this racist, barbaric practice,” Welborn said in a statement. “Now the Senate needs to take heed. The fight is only just beginning, and we will not rest until this bill is sent to the Governor’s desk.”