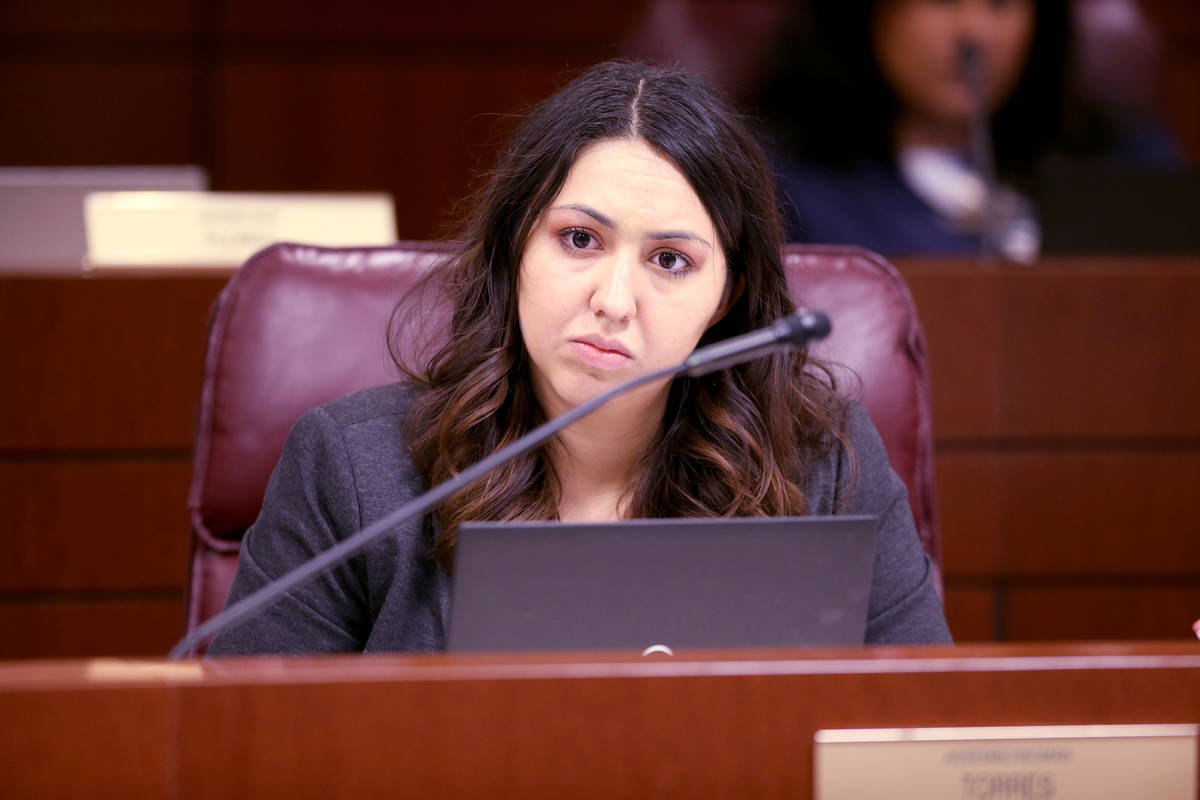 CARSON CITY — A bill limiting how local law enforcement agencies interact with federal authorities in immigration cases passed out of legislative committee Wednesday on a party-line vote after 2½ hours of testimony that frequently departed from discussion of the actual bill to a broader debate over immigration.

Testimony also showed apparent widespread misunderstanding of the bill’s scope and intent, with opponents wrongly fearing it would block local authorities from detaining people wanted for crimes or hamstring agencies from communicating in all circumstances with their federal counterparts on matters involving non-U.S. citizens.

Rather, supporters said, Assembly Bill 376 was intended to restore trust among immigrant communities where individuals might not report crimes for fear of being detained on immigration charges, and to save money by preventing local agencies from doing the work of their federal counterparts, such as Immigration and Customs Enforcement.

“There’s nothing in this legislation that says ICE can’t go and still detain an individual,” the bill’s main sponsor, Assemblywoman Selena Torres, D-Las Vegas, told the Assembly Government Affairs committee. She added: “There are obviously individuals that have committed crimes, and there’s nothing in this legislation that prevents immigration or law enforcement agencies from holding those individuals accountable.”

Torres and other supporters highlighted statistics on immigrant population and employment in the state and their contributions to the state economy. According to the American Immigration Council, in 2018 one in five Nevadans is an immigrant — nearly 588,000 — and just over half of them were naturalized citizens. Citing 2016 data, the group cited 210,000 undocumented immigrants in Nevada, and 136,000 U.S. citizens living with at least one undocumented family member between 2010 and 2014.

Cooperating with the feds

ICE has 148 cooperative agreements with local law enforcement agencies in 26 states to perform limited immigration enforcement, but only one in Nevada currently, with the Nye County Sheriff’s office. The Metropolitan Police Department ended its agreement with ICE in 2019.

The bill would still see local agencies enforcing warrants issued by a judge. Regardless, the Las Vegas force and other law enforcement groups testified to oppose the bill, citing other provisions that they said would otherwise tie their hands, limit cooperative enforcement across agencies, and potentially affect crime rates.

Other opponents focused on criminal activity and illegal immigration, often conflating them as one and the same.

“I got a list right here of all the people that were murdered in Nevada in the last two years,” said Assembly John Ellison, R-Elko. “And these were people that come across the border that were illegal. And they got hungry, and they had to do whatever they could. They start robbing, stealing and murder.”

Ellison’s comment drew a caution from committee chair Edgar Flores, D-Las Vegas, who urged meeting participants to limit their remarks to the bill.

“Opening up the border is not a question before us,” he said.

Others opposing the bill, including the state Republican party, stuck to that theme in their opposing remarks, prompting Torres to say in her closing that “the term immigrant is not synonymous with criminal.”

Another provision of the bill creates a task force under the lieutenant governor to look at issues involving immigrants and their employment opportunities.

The bill now moves to the Assembly floor following the committee’s 8-5 party line vote, with Democrats in support.

Right to return to work

Unions and resort companies clashed during a hearing on a bill that would give hospitality and travel workers who were laid off during the COVID-19 pandemic the right to regain their lost jobs.

Senate Bill 386, which was heard in the Senate Commerce and Labor Committee on Wednesday, would require gaming and resort companies, large event center and airport employers to offer employees who were furloughed or laid off during the pandemic their jobs back.

“We have to make sure that our workers, who have shouldered so much of the fallout from this pandemic, are not left behind,” Cannizzaro said.

Resorts and casinos laid off tens of thousands of workers amid the pandemic as Nevada’s gaming- and tourism- based economy came to a screeching halt.

While Nevada’s economy has recovered and the jobless rate has fallen significantly from its peak of 29.5 percent in April 2020 to 8.3 percent in February of this year, it still ranks among the worst states for unemployment currently.

Erin Midby, vice president of government affairs for Boyd Gaming, called the bill “unnecessary at this time,” adding that the company has already brought back more than 6,000 employees and are in the process of rehiring hundreds more.

“At the time that we are working towards recovery, this bill will only create burdensome, time consuming and counterproductive requirements which will only delay our efforts to timely rehire as many team members as possible,” Midby said.

But some hospitality workers who testified during the hearing said they are still languishing while they wait to hear about their jobs, including Mario Sandoval, who said he was a food server at Binion’s Steakhouse on Fremont Street before being let go during the pandemic. He’s been a member of the Culinary Union Local 226 for 39 years.

“Companies should not waste time and money trying to hire and train new people when there are people like me with so much experience just waiting for our workplace to bring us back,” Sandoval said. “I should not be replaced or abandoned. I have spent my life working for this company. I should not have to start my career over when I am so close to retiring with dignity.”

California Gov. Gavin Newsom vetoed a proposal to require hotel and airport employers to rehire laid off workers in September over concerns that the law would “create a confusing patchwork of requirements.”

Meanwhile, similar right-to-return measures have been adopted in cities in California and across the country.

• Assembly Bill 351, a bill that would authorize physician-assisted suicide in the state, got its first hearing in the Assembly Health and Human Services committee. A Senate version of measure passed out of committee in 2019 but died on the Senate floor.

If passed by the Legislature and signed by the governor, it would make Nevada the tenth state to authorize the procedure for terminally-ill patients, who would have to meet more than a dozen conditions to have life-ending medication prescribed to them.

• Legislative budget writers signaled their desire Wednesday to accelerate a school funding overhaul approved in 2019 and implement the changes with the start of the next fiscal year in July. Though not finalized, the decision by a legislative subcommittee would accelerate the slower phased-in approach Gov. Steve Sisolak put forward in his State of the State address in January.