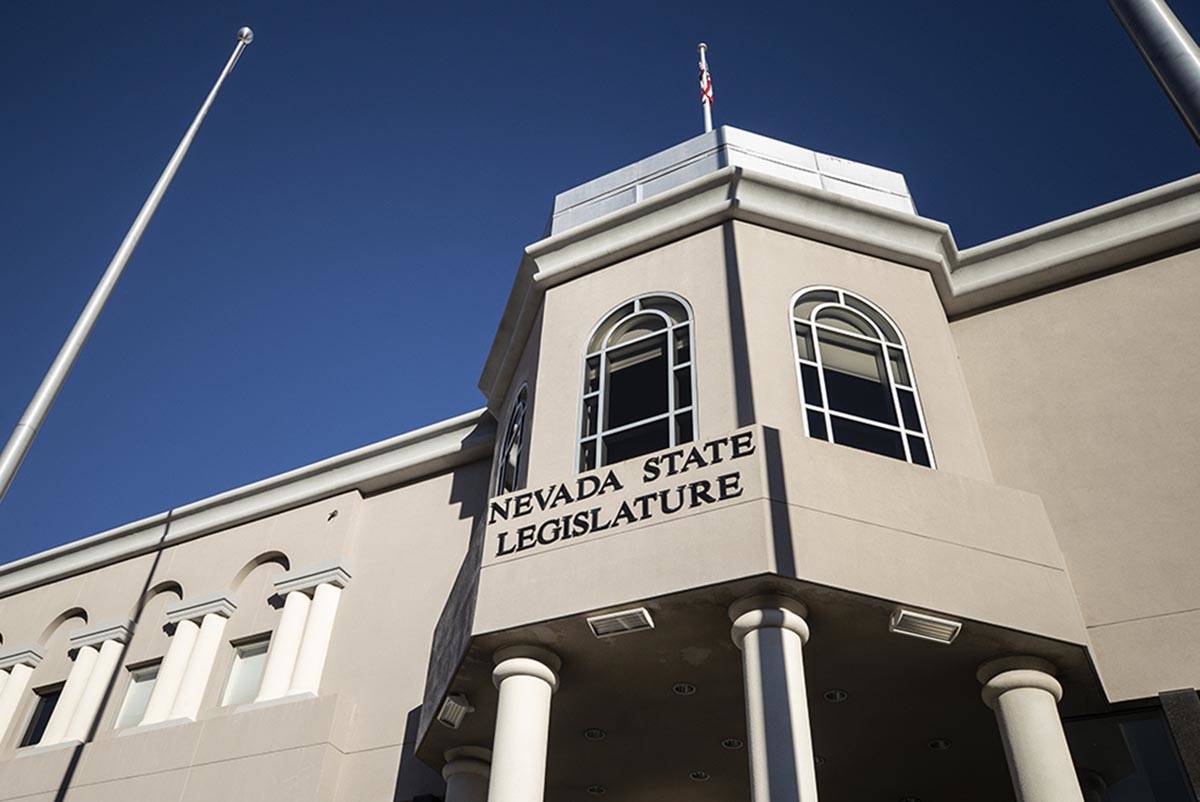 CARSON CITY — Democrats in the Nevada Legislature unveiled a last-minute bill in the waning days of the Legislature that would raise the taxes paid by mining companies as part of their push to increase state revenues and better fund education.

Assembly Bill 495, introduced late Saturday night, would create a new tiered tax structure specific to larger mining companies and send the state’s portion of mining tax revenue that has historically gone to the general fund instead to the account that funds public education. The bill got its first hearing Sunday evening, and still needs to be voted on it both chambers before the session ends at midnight Monday.

The new tax would generate about $170 million over two years, Frierson said. When combined with moving existing net proceeds revenue from general fund, the bill will send more than $300 million to education, he added.

As part of the compromise, Democrats will not pursue a trio of constitutional amendments passed during a special session last year that would have asked voters to increase taxes on the mining industry at a higher clip than the new bill.

And with those amendments tabled, the mining industry is on board with the new proposal.

“There’s a need to get our funding in the education system up, and mining is first in line to do that,” said Tyre Gray, president of the Nevada Mining Association, during a hearing for the bill Sunday.

The new tax structure would impose a 0.75 percent tax on gold and silver gross revenues between $20 million and $150 million. That rate would increase to 1.1 percent for all revenues greater than $150 million.

The Clark County teachers union also plans to withdraw a pair of initiative petitions that it qualified last year, one seeking to raise a portion of the state’s sales tax by 1.5 percentage points and another that would add a new tier to the state’s gaming tax, bringing it to 9.75 percent. Combined, the two initiatives would generate roughly $2.8 billion over two years.

John Vellardita, president of the Clark County teachers union, said that the point of the initiative petitions was the force lawmakers to talk about education funding this session.

Vellardita said that if the bill falls apart in the final hours of the session, the union is prepared to spend $10 million to support the tax petitions in the 2022 election cycle.

But questions remain about whether the union has the legal authority to withdraw those petitions.

Lawmakers in 2017 passed a law that allows for initiative petitions to be withdrawn. But the state constitution says if an initiative is qualified, sent to lawmakers for consideration and rejected, then “…the secretary of state shall submit the question of approval or disapproval of such statute … to a vote of the voters at the next succeeding general election.”

Frierson said that lawmakers plan to introduce a separate bill that will explicitly allow for the initiative petitions to be withdrawn. Vellardita said that his union feels comfortable that, with the forthcoming bill, they will have no issues withdrawing the measures.

Also included in the compromise to help swing the Republican support needed to clear the two-thirds vote threshold required for tax increases, the Opportunity Scholarship tax credit program would increase from $6.7 million in the next fiscal year to $11.4 million. The program provides scholarships to low-income families that are funded by tax incentives given to businesses that pay the modified business tax.

Frierson said he knows including the program in the bill took a good amount of collaboration, discussion, “heartburn, and quite frankly for some, holding your nose and nodding your head.”

Less than 24 hours after being introduced, the bill was amended to include new language that would require the Commission on School Funding to examine school boards. For years, Republicans have pushed unsuccessfully to move the larger school boards in the state to a hybrid appointed-elected system, as opposed to the current model where all members are elected. And this session, Frierson sponsored a bill that would have also moved Clark and Washoe county school districts to hybrid models. That bill died in April.

The new tax bill is the Democrats’ latest attempt to increase how much the mining industry pays into the state’s revenues amid calls from education groups and progressive to better fund public education.

“We think this deal sets Nevada on the right path to finally have mining pay what they owe,” said Annette Magnus, executive director of the progressive advocacy group Battle Born Progress, said.

The mining industry’s revenues fluctuate as the price of minerals rises and falls. In Nevada, gold and silver make up more than 90 percent of the industry’s overall take.

One plan called for a 60 percent cap on deductions afforded to mining companies, a move that would have generated roughly $55 million additional revenue per year. But that proposal died after a public flip-flop by Republican Sen. Keith Pickard, R-Henderson, who signaled that he would support the bill before eventually voting against it.

In a subsequent session, lawmakers passed a trio of proposals to remove the 5 percent tax cap on net proceeds of minerals that is enshrined in the state constitution. Two of the proposals would change that to a 7.75 percent tax on gross proceeds, which based on 2019 industry revenues could be an additional $540 million over the state’s two-year budgeting period.

The third proposal, characterized as an “olive branch” to the mining industry, would have set the mining tax rate in line with that of property taxes, capped at no more than 12 percent. Using the same 2019 revenues, mining companies would have paid a combined $260 million in taxes instead of $113 million.

All three are constitutional amendments, and would need legislative approval in the current session and voter approval in 2022 to take effect.

Frierson said Saturday night that if the new bill doesn’t move forward for some reason, he is committed to moving one of the three constitutional amendments forward.