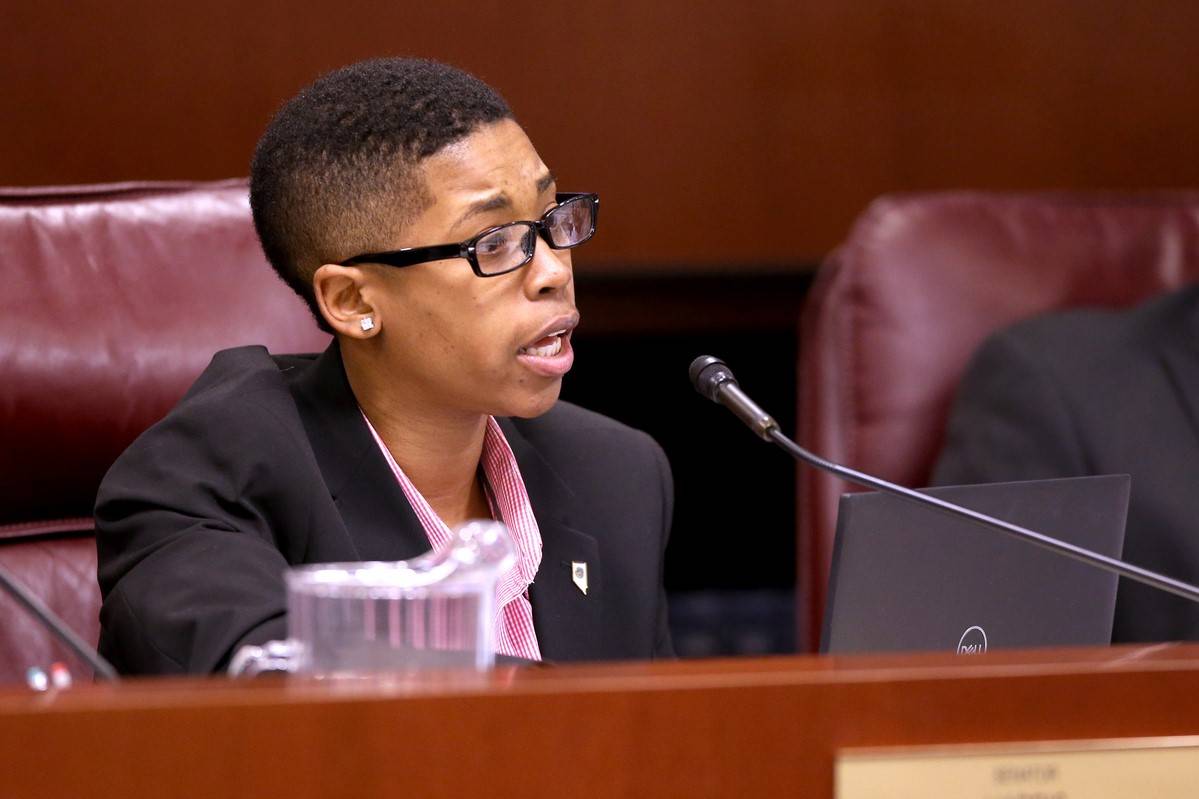 CARSON CITY — Nevada lawmakers on Thursday took aim at law enforcement policies on use of deadly force and protest response, legislation that is a major part of Democrats’ push this session on policing reforms.

Senate Bill 212, which was heard in the Senate Judiciary Committee, would require police officers to use de-escalation techniques and, if it could be done safely, identify themselves as law enforcement before resorting to deadly force.

SB 212 would require law enforcement agencies to submit data on use-of-force incidents to the state annually, and also require them to submit use-of-force data to the FBI. The attorney general’s office would be required to review that data each year and make recommendations that would be submitted to the governor and Legislature.

Sam Sinyangwe, a co-founder of the police reform group Campaign Zero, said that its research has shown that areas with more restrictive use-of-force policies have had significantly fewer police shootings, as well as safer areas for police officers themselves.

“We need to be thinking of preventative measures to prevent these instances from happening in the first place,” Sinyangwe said.

Sen. Ira Hansen, R-Sparks, questioned the credentials and expertise of Sinyangwe and the others from Campaign Zero who helped present the bill. DeRay Mckesson, a fellow co-founder of Campaign Zero and one of the most prominent faces of the Black Lives Matter movement, took issue with that.

“I would push back on the notion that the only people who have a license to say about how officers can use force are the police. I don’t believe that that’s true,” Mckesson said.

“We believe that people in the community actually should be part of the process about deciding how force is used,” Mckesson added. “And I would never, ever accept the definition of an expert that excludes people’s lived reality from being a part of that expertise.”

Hansen also said he believed the bill presentation was “one-sided” and was concerned that law enforcement wouldn’t have a chance to rebut it.

But Harris said she had worked with law enforcement groups on the bill, and some, including the Metropolitan Police Department, Washoe County Sheriff’s Office and Nevada Sheriffs’ and Chiefs’ Association, testified in support of the bill during the hearing.

The bill would also put in place new restrictions on police responses to protests. It would prohibit officers from shooting rubber bullets indiscriminately into a crowd or aiming specifically at a person’s head, groin, spine or other vital areas.

It would also bar the use of tear gas or other chemicals without police first declaring an unlawful gathering, giving an order to disperse and providing a path to leave and enough time to do so. This would seem to limit police use of kettling, a controversial tactic in which police surround protesters and trap them inside a police barrier before making arrests.

The bill drew praise from civil rights groups, public defenders and family members of those who have been killed by police. And while law enforcement agencies testified in support, the unions for Las Vegas police officers and supervisors opposed the changes.

The committee took no action on the bill Thursday.