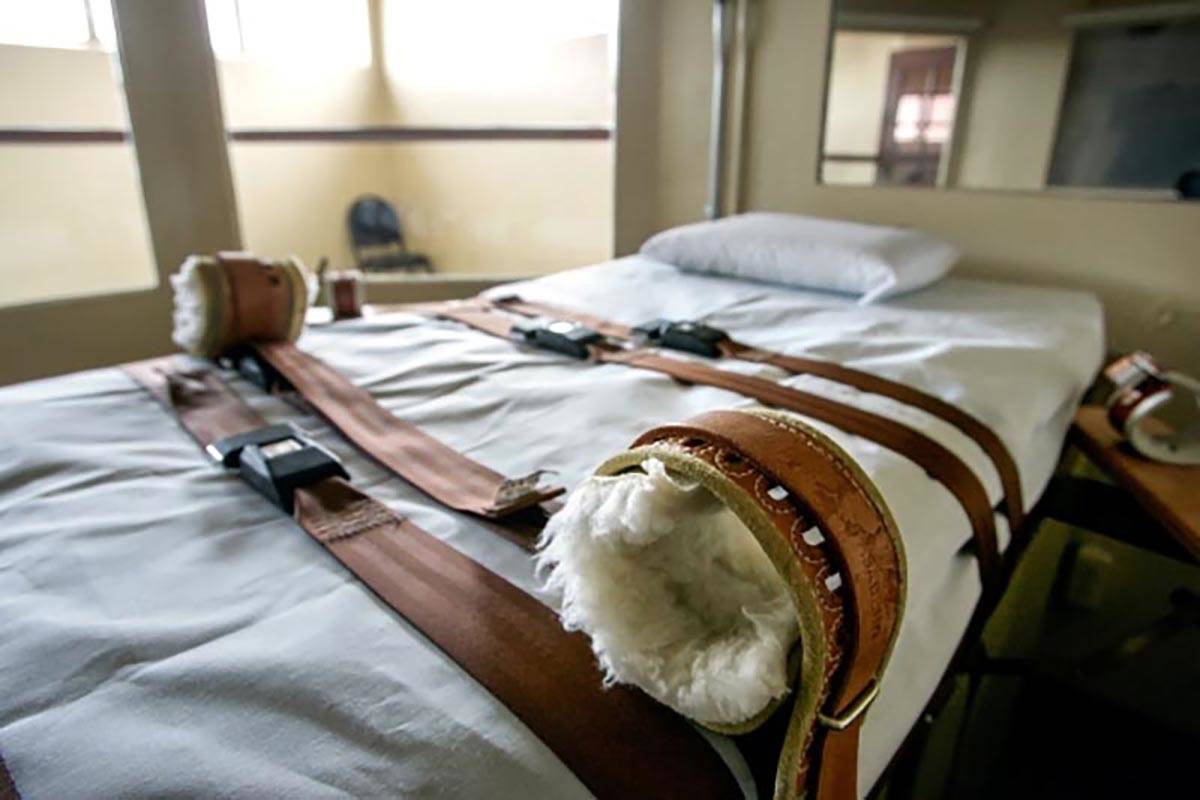 CARSON CITY — Advocates made their case for abolishing the death penalty in Nevada at the Legislature on Wednesday as prosecutors mounted their own defense for why the policy should remain on the books.

Assembly Bill 395, which was heard in the Assembly Judiciary Committee, would remove the death penalty from Nevada law and commute existing death sentences to life without parole. The proposal comes as Virginia last week became the 23rd state in the nation to ban capital punishment.

Wednesday’s emotional hearing displayed the divide that exists in the nationwide debate. Advocates and criminal defense attorneys laid out why they see capital punishment as inhumane, rooted in systemic racism and ineffective at deterring violent crime. Prosecutors, meanwhile, argued the death penalty is a matter of justice for the families of victims of the most abhorrent crimes, with family members of murder victims standing on both sides of the issue.

Tyler D. Parry, an assistant professor of African American and African Diaspora Studies at UNLV, pointed to the fact that while African Americans make up just 9 percent of Nevada’s population, 37 percent of the state’s death row inmates are Black, adding that the death penalty itself is “grounded in the country’s history of anti-Black racism.”

“By abolishing the death penalty, we have the opportunity to make a decisive shift as a state and community, from one that fatally punishes those that the system already failed, to one that emphasizes proactive community development and offers services to those seeking state assistance,” Parry said.

Clark County District Attorney Steve Wolfson testified against the bill, saying that he believes that the death penalty should remain an available punishment for murder cases, especially in cases of mass shootings.

“The events of 1 October, and more recent tragedies in Colorado and Georgia, reinforce this belief,” Wolfson said.

Wolfson announced this week that his office plans to seek a warrant of execution for death row inmate Zane Floyd, who was convicted of killing four people and wounding another inside a Las Vegas Albertsons nearly 22 years ago. Wolfson said that the timing of seeking the warrant during the session was “coincidental.”

Nevada has carried out 12 executions since the penalty was reinstated, but the last time a person was executed in Nevada was in 2006.

Democratic lawmakers in Nevada have tried over the years to enact legislation to get rid of the death penalty. In 2019, bills proposing to ban capital punishment did not receive a hearing. In 2017, the bill was heard but never made it out of committee.

But even among Democrats, there does not appear to be a consensus.

Gov. Steve Sisolak, a former opponent of the death penalty, said in the aftermath of the Oct. 1, 2017, mass shooting at the Route 91 Harvest Festival in which a single gunman killed 60 people, that he would support capital punishment in extreme cases.

Asked about the death penalty last week, Cannizzaro said it was “something that I’m open to hearing and having a discussion if that comes to the Senate.”

Lawmakers in two committees heard unrelated bills designed to respond to police officers at risk of harming themselves or in need of potential intervention for “problematic” behavior.

Testifying before the Assembly Government Affairs Committee, Roberts noted that 31 Las Vegas police officers committed suicide during his 25-year tenure on the force. He also described persistent reluctance within the ranks to seeking mental health treatment.

The bill drew endorsements from suicide prevention and mental health advocates and qualified support from police agencies and localities concerned about costs and logistics. The Las Vegas police cited a projected cost of nearly $650,000 a year, based on a $150 screening for each employee.

“You have to ask yourself can this legislation save lives, and that answer’s yes,” Monroe-Moreno said in her concluding remarks.

Senate Bill 236, heard Wednesday by the Senate Judiciary Committee, ran into stronger opposition from law enforcement. Sponsored by Sen. Dallas Harris, D-Las Vegas, the bill aims at potential police bias by requiring law enforcement agencies to set up early-warning programs to intervene with officers who exhibit signs of bias. The bill also would set up a procedure to collect and review data on traffic stops for signs of discriminatory enforcement.

Discussion and testimony on the merits of the bill veered into questions of how to address and reverse systemic bias and accusations of anti-police sentiment and concerns over costs. A fiscal impact note submitted by Metro cited a figure of nearly $22 million a year based on the number of police calls, the average police officer’s salary and the time involved to collect and input the traffic stop data.

The Las Vegas force has had an early-warning system in place for troubled officers for more than a decade.

“Listen, we all have bias. Bias is not a crime,” Harris said at one point during the hearing, defending the bill from criticism. “I’m not looking to criminalize police officers who display some bias. I’m looking to cure it.”

Also Wednesday, supporters of a bill that would make universal mail-in-voting permanent held a briefing for reporters ahead of a scheduled Thursday hearing. Assembly Bill 321 would enact other reforms instituted to make voting easier amid the worst of last year’s COVID pandemic restrictions.

“When you have record turnout, we can’t go back to having our seniors standing in line for seven hours to cast their vote,” said Assembly Speaker Jason Frierson, D-Las Vegas, the main sponsor of the bill. “This isn’t a trip to Costco. This is a constitutional right, not a privilege.”

The bill is scheduled to be heard Thursday by the Assembly Legislative Operations and Elections Committee. Minority Republicans in the Legislature, pushing a national party policy agenda aimed at more restrictive voting procedures, took aim at the bill Wednesday. Assembly Minority Leader Robin Titus, R- Wellington, called it “another party-line bill” and called it “the progressive proof-of-concept model of the West Coast.”