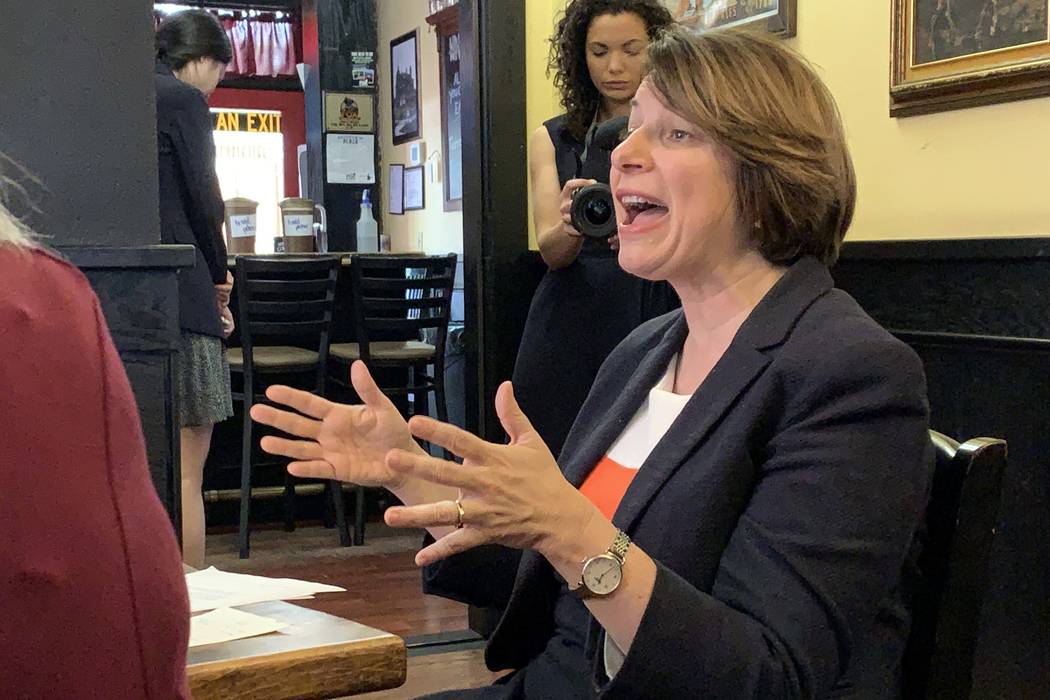 Sen. Amy Klobuchar, D-Minn., speaks during a roundtable discussion with veterans in Carson City, on her first campaign visit to the northern part of Nevada, Thursday, May 30, 2019. (Bill Dentzer/Las Vegas Review-Journal) 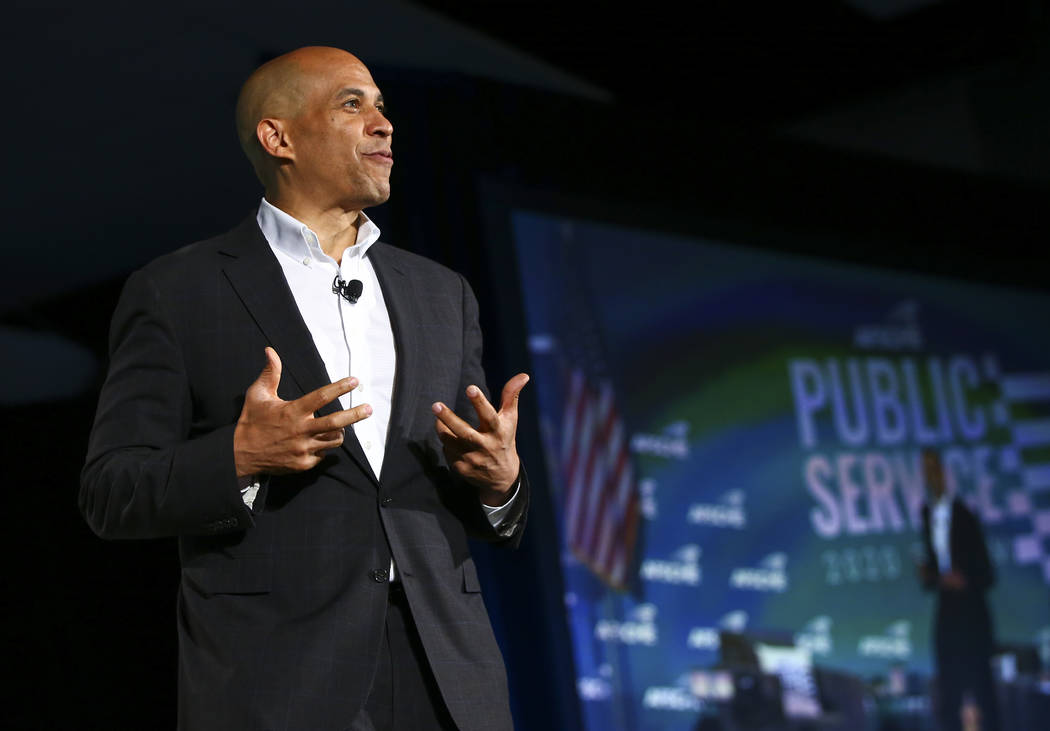 Minnesota Senator Amy Klobuchar and New Jersey colleague Cory Booker brought their 2020 presidential bids to the International Union of Painters and Allied Trades’ annual convention in Las Vegas on Wednesday, with Klobuchar addressing the union leaders in person and Booker appearing remotely from his home in Newark.

Here are several takeaways from their speeches:

Audience: The only candidate to address the union in person received a strong reception, with standing ovations to open and close the speech.

Money line: “(Trump) made a lot of promises on what he was going to do for your union… and I think one of your jobs and my job is to make it very clear that so much of what he’s done is helping the richest people and not helping the working people.”

Infrastructure: Klobuchar spent much of her 30-minute speech promoting infrastructure expansion paid for by rolling back tax breaks for the wealthy and corporations — an expected hit with a union crowd.

Midwestern flavor: The former prosecutor pledged to “make a strong Midwestern case” for American economic growth through using her home region’s strong unions as a model.

BONUS: In an interview with the Review-Journal, Klobuchar said she is being cautious with her $7 million war chest as her more affluent competitors ramp up Nevada staffing, but said she plans to announce statewide hires soon. She is using much of her media time this week to push a gun-control bill that would ban unmarried domestic abusers and stalkers from owning guns, noting that about half of all mass-shooters (including the recent shooter in Dayton, Ohio) kill a female romantic partner or family member during their sprees.

Audience: The audience rose for its applause at the beginning and end of his speech, but some technical difficulties may have contributed to a muted response during his remarks.

Money line: “You are critical to the vision of America. This idea that we talk about — this idea of a more perfect union. It is important to understand that unions have been critical to the American dream for a long time.”

Newark as an example: Booker said his hometown is enjoying “the biggest period of economic development in 60 years” due in part to expansive building projects with union labor begun while Booker was serving as mayor. He said hopes to replicate that on a national level.

Apprenticeships: Booker mostly stuck to his typical campaign speech, but he received some applause for pledging to focus on apprenticeships, noting that only about 35 percent of Americans graduate from four-year colleges.

UP NEXT: Sen. Elizabeth Warren, D-Mass., will address the convention at 1 p.m. on Thursday.