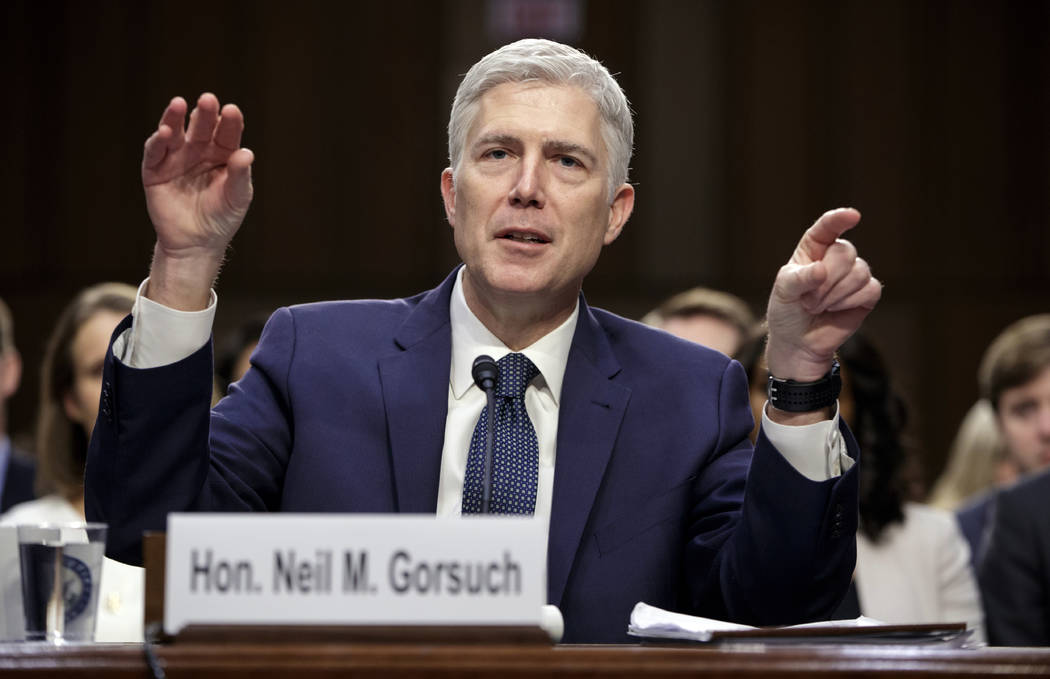 FILE - In this March 22, 2017, file photo, Supreme Court Justice nominee Judge Neil Gorsuch testifies on Capitol Hill in Washington, at his confirmation hearing before the Senate Judiciary Committee. The Senate is headed for a tense showdown over President Donald Trump’s Supreme Court nominee that could have far-reaching consequences for Congress, the high court and the nation. (AP Photo/J. Scott Applewhite, file) 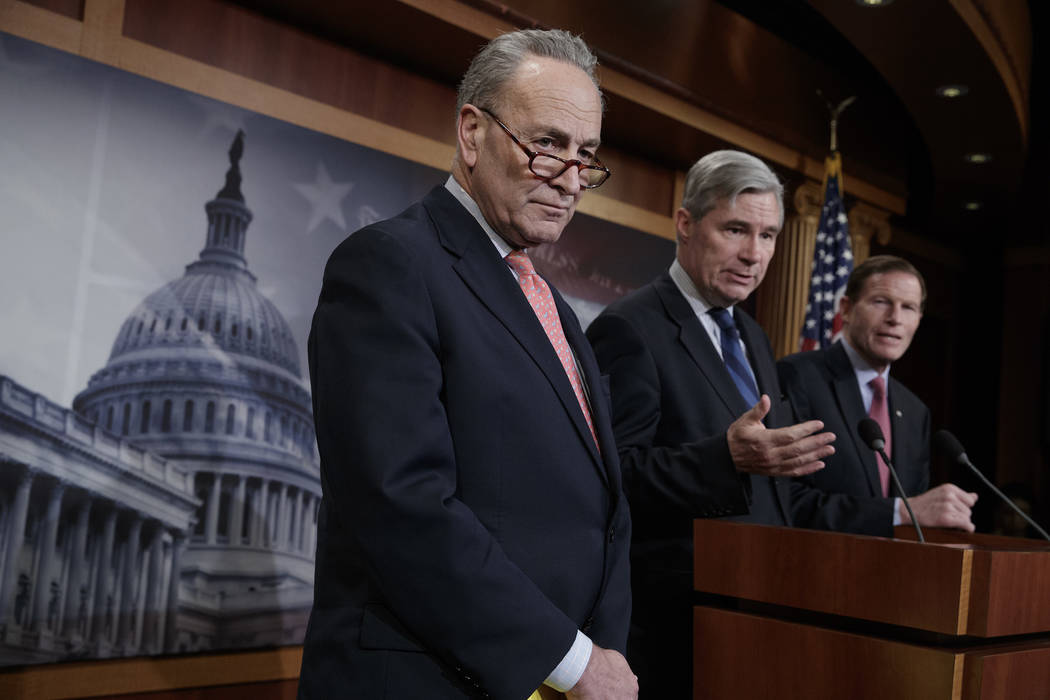 WASHINGTON — A favorite truism in Washington these days is: “Be careful what you wish for, you may get it.” It tells the cautionary tale of how Republicans who wanted to run Washington got what they wanted and now must govern.

Here’s another quote for the swamp to consider: “Be careful what you scorn, you may someday become it.”

It has been a favorite pastime of elected Democrats to poke fun at the House Freedom Caucus because the rump is ideologically extreme and frequently self-destructive. Senate Democrats now seem poised to overtake the Freedom Caucus in the race away from moderation and the ability to shoot one’s party in the foot. To wit, Senate Minority Leader Chuck Schumer is primed to block the U.S. Supreme Court confirmation of Judge Neil Gorsuch.

Gorsuch is the one decision President Donald Trump made and executed flawlessly. In September 2016, Trump released a list of 21 judges from which he pledged to pick a Supreme Court nominee. Gorsuch, 49, was on the list.

Gorsuch has such solid credentials that the American Bar Association unanimously rated him “well qualified” to serve on the U.S. Supreme Court — its highest rating. In other words, Trump did not pick a flame thrower.

George Washington University law school professor Jonathan Turley, who is no Trump fan, argues that Gorsuch is a smart choice because of the Coloradan’s intellect. In USA Today, Turley wrote that he does not expect Gorsuch to change his “deep and well-established jurisprudential views,” which are conservative. “However, I expect he will go wherever his conscience takes him regardless of whether it proves a track to the left or the right.”

As Gorsuch told the Senate Judiciary Committee during his confirmation hearings, “It is the role of judges to apply, not alter, the work of the people’s representatives. A judge who likes every outcome he reaches is very likely a bad judge.”

In 2006 the Senate confirmed Gorsuch’s appointment to the Denver-based 10th Circuit Court of Appeals by unanimous consent. Schumer was in the Senate at the time. So how could Schumer tell the Washington Post on Thursday that it is “virtually impossible” to expect him and a majority of the Senate’s 47 other Democrats not to filibuster Gorsuch and deny him a simple up-or-down vote?

In the new Democratic order, Gorsuch must be extreme because he is conservative, and thus by definition lacks empathy. Sen. Catherine Cortez Masto, D-Nev., captured that view in a statement in which she expressed concern “that his narrow view of the law will hurt the most vulnerable amongst us. I am not confident that Judge Gorsuch understands how his decisions will impact workers, immigrants, women’s health and economic security, disabled Americans, and the everyday Nevadans that I am here fighting for.”

During his confirmation hearings, Gorsuch took on Democrats who suggested he should rule based on who might get hurt, not the law itself. “If the law can change so easily as that,” Gorsuch said, “where’s the due process to the individual, the person who doesn’t have an army of lawyers?” That is, Gorsuch made compelling arguments for judicial restraint.

Compelling arguments don’t cut it in this toxic partisan atmosphere. During the Obama presidency, Democrats on Capitol Hill frequently bemoaned the obstructionism of the right. Now they try to block whatever Trump wants and call it “resistance” — with a smart, well-respected moderate conservative, in this case, as their target.

The worst part is, they know that this maneuver is not good for liberalism or the country. Nonetheless, they are prodding Sen. Majority Leader Mitch McConnell, R-Ky., to extend the “nuclear option” introduced by his Democratic predecessor, Harry Reid, to block a filibuster and allow an up-or-down vote.

They seem not to care that ending the filibuster would enable Trump to name a much less moderate conservative for the next Supreme Court vacancy.

At a recent fundraiser, Sen. Claire McCaskill, D-Mo., warned about the dangers of ending the filibuster. “I’m very uncomfortable being part of a strategy that’s going to open up the Supreme Court to a complete change,” she said. But by Friday, McCaskill announced that she would vote against Gorsuch and support a filibuster to stop him.

Democrats in the Senate share something with the far-right GOP base of 2016: Their elected officials are more afraid of the party base than of voters.