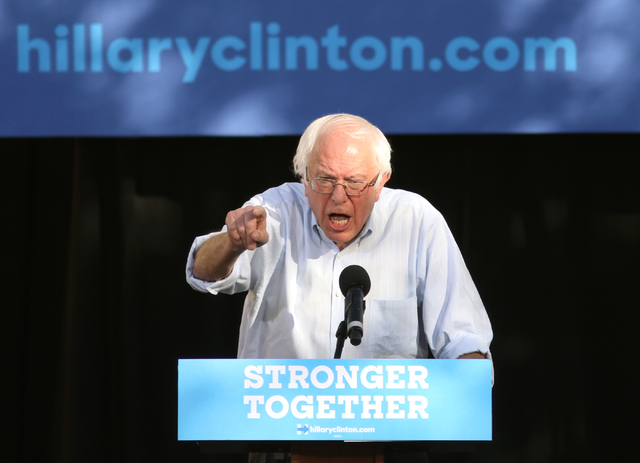 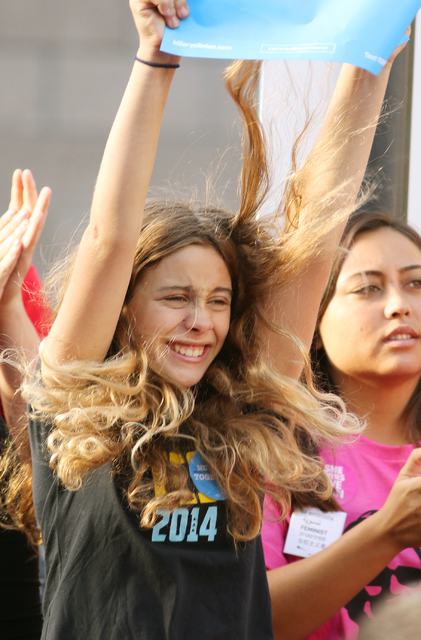 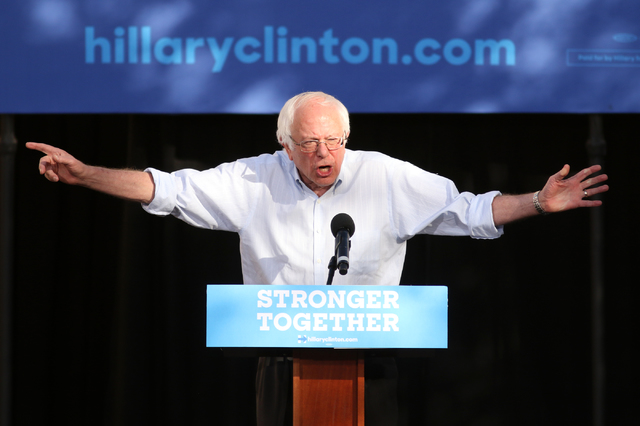 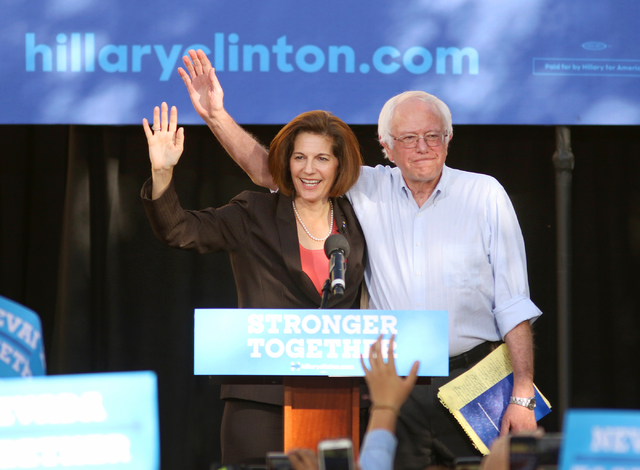 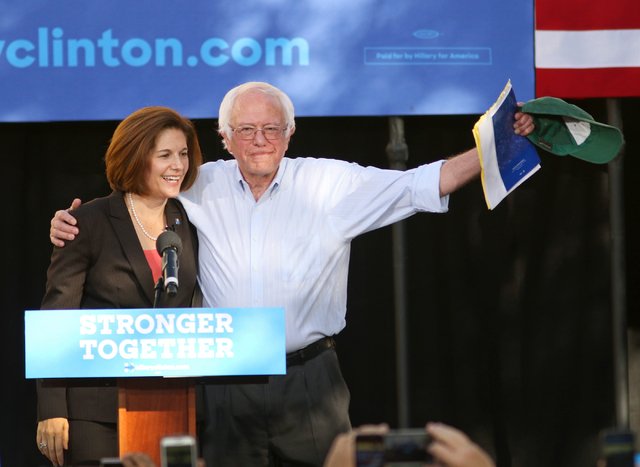 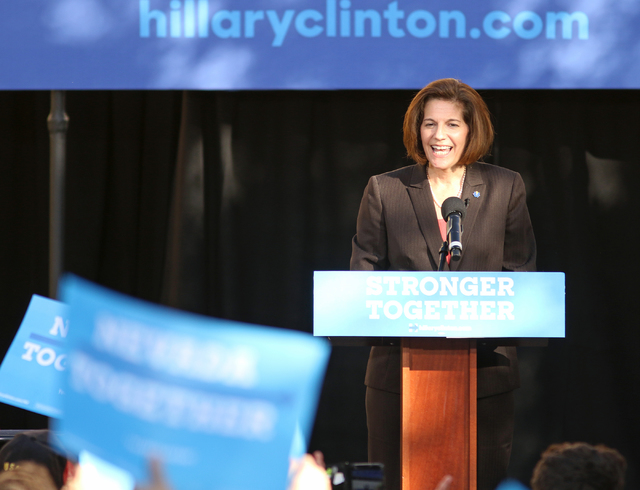 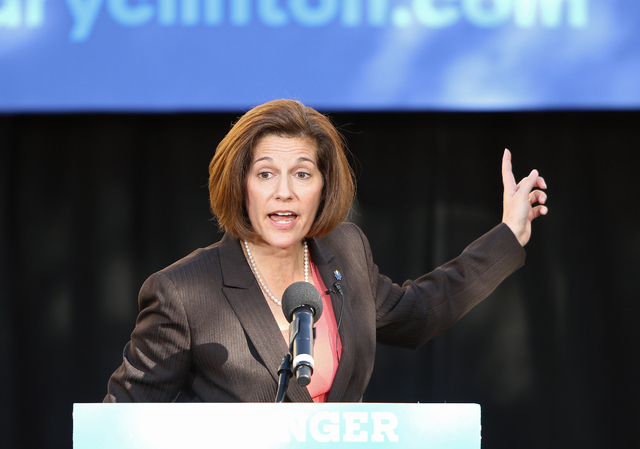 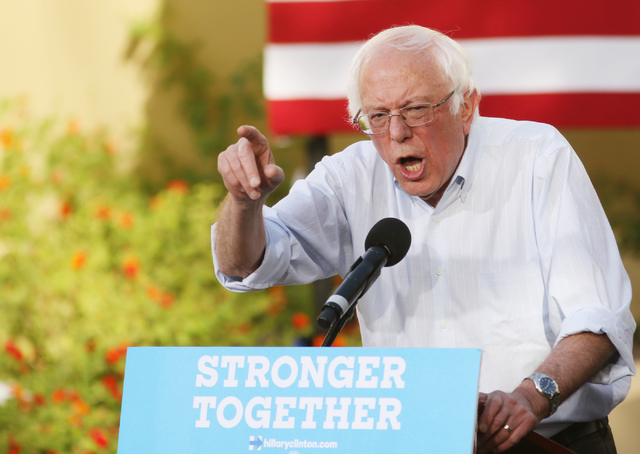 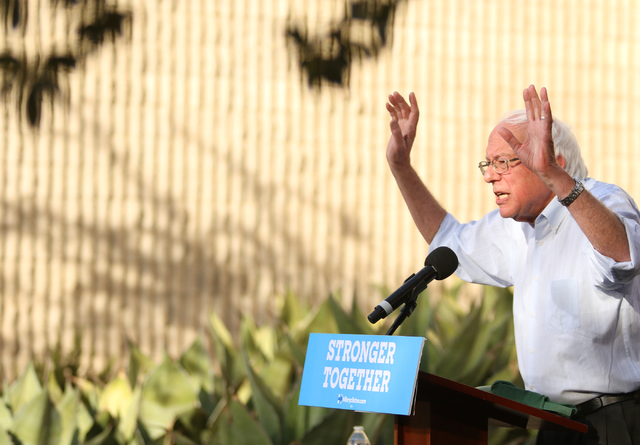 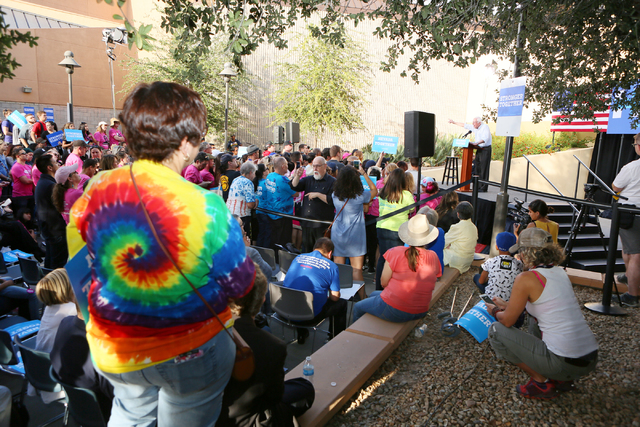 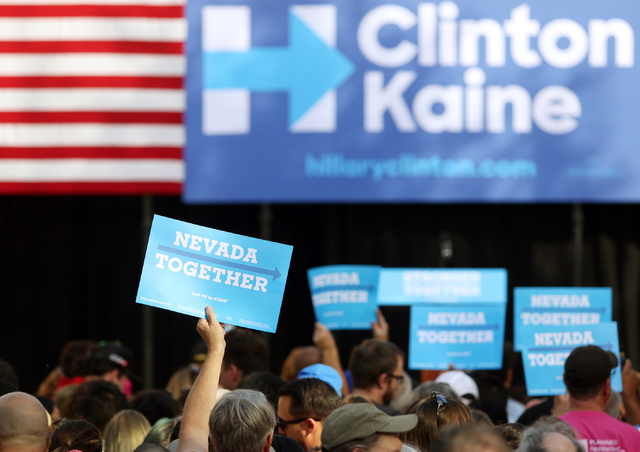 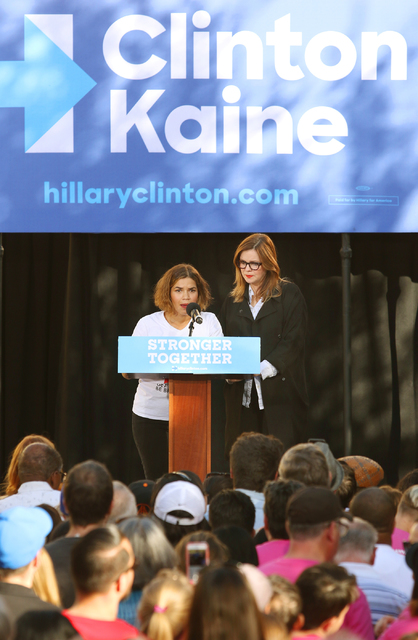 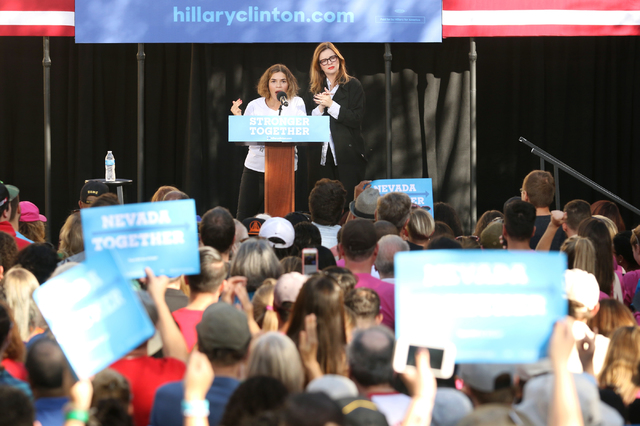 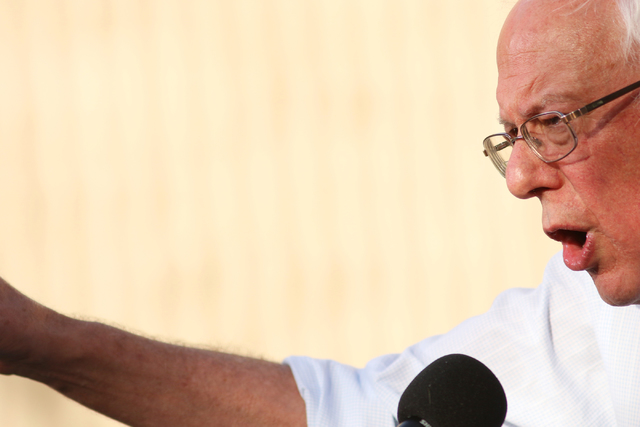 Bernie Sanders told valley voters Sunday that if Democratic presidential nominee Hillary Clinton is elected this week she will work to overturn the U.S. Supreme Court’s Citizens United decision within her first 100 days in office.

“She will not nominate anybody to the Supreme Court who is not prepared to state loudly and clearly they will vote to overturn Citizen’s United,” Sanders, the independent Senator from Vermont, told about 700 people outside the College of Southern Nevada’s Cheyenne Campus. “We cannot deal with the crises facing this country unless we deal with campaign finance.”

In the Citizens United ruling, rendered in 2010, the Supreme Court ruled 5-4 that the government may not ban political spending by corporations in candidate elections.

In North Las Vegas, Sanders spent more than 30 minutes campaigning for Clinton, against whom he ran in the Democratic primary election. He urged undecided voters to “take a hard look at the issues” and touched on many of the political positions that have earned him a passionate following among young Americans.

He bashed a “broken” criminal justice system and income inequality, warned of climate change, prioritized rebuilding U.S. infrastructure and envisioned free tuition at public colleges and health care for all.

Sanders said Nevada could produce an “unbelievable” amount of renewable energy with the sun.

“You can lead the world in solar, right here in Nevada,” he said.

Sanders said Clinton shared his belief that the hourly federal minimum wage should be raised from a “starvation wage” of $7.25 to $15, and added that she will strive to make it easier for workers to join unions.

He “has made bigotry the cornerstone of his campaign. We will not allow Trump to be elected president,” Sanders said. “In these difficult times. We need a president who is going to bring us together, not divide us up.”

Sanders told the crowd they had an “awesome responsibility” as voters because they lived in a battleground state.

“It turns out there are 12 or 13 states in this country that will decide who is the next president, and guess what, Nevada is one of those states,” he said. “Hillary Clinton and (Democratic Senate candidate) Catherine (Cortez Masto) will win if the voter turnout is high, they will lose if it’s low.

“Your job is to give us the highest voter turnout we have ever seen.”