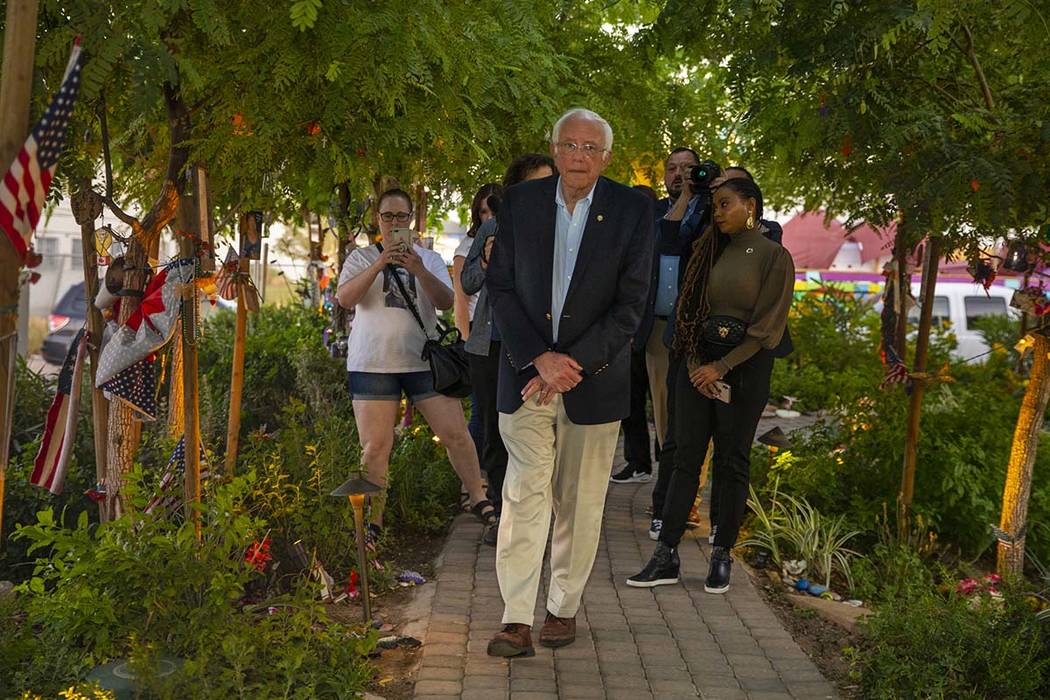 Sen. Bernie Sanders, I-Vt., was released from Desert Springs Hospital Medical Center on Friday, after suffering a heart attack earlier in the week, according to a statement released by his campaign.

“I want to thank the doctors, nurses and staff at the Desert Springs Hospital Medical Center for the excellent care that they provided,” the 2020 Democratic presidential hopeful said. “After two and a half days in the hospital, I feel great, and after taking a short time off, I look forward to getting back to work.”

“His hospital course was uneventful with good expected progress,” they said. “He was discharged with instructions to follow up with his personal physician.”

Sanders, 78, experienced chest pain earlier in the week after coming to Las Vegas to participate in a forum on gun violence sponsored by March for Our Lives and Giffords. He skipped the forum and canceled campaign events in Nevada and California.

Sanders’ wife, Jane, issued a thank you and an update to his condition on Thursday, after waves of well-wishes pouring from supporters, rivals and old friends including former Senate Majority Leader Harry Reid.

Jane Sanders said her husband would spend a few days at home in Vermont before returning to the campaign trail in time for the Oct. 15 debate in Columbus, Ohio.

Sanders and his wife shared a video on Twitter Friday evening, apparently from Paradise Park near Desert Springs, thanking supporters for their well-wishes.

“I just want to thank all of you for the love and warm wishes that you sent to me,” Sanders said. “See you on the campaign trail.”

The well-wishes extended to Sanders’ local staff, who shared Friday a photo of a box of macaroons and a card sent by Sen. Cory Booker’s local campaign team.

Sanders’ Twitter account shared most of Friday’s statement, adding that Sanders is “looking forward to being back on the campaign trail soon.”

The news of Sanders’ heart attack put a slight damper on a week in which he announced a third quarter fundraising haul of $25.3 million, edging out Sen. Elizabeth Warren’s total of $24.6 million for the top moneymaking spot among the crowded Democratic field.