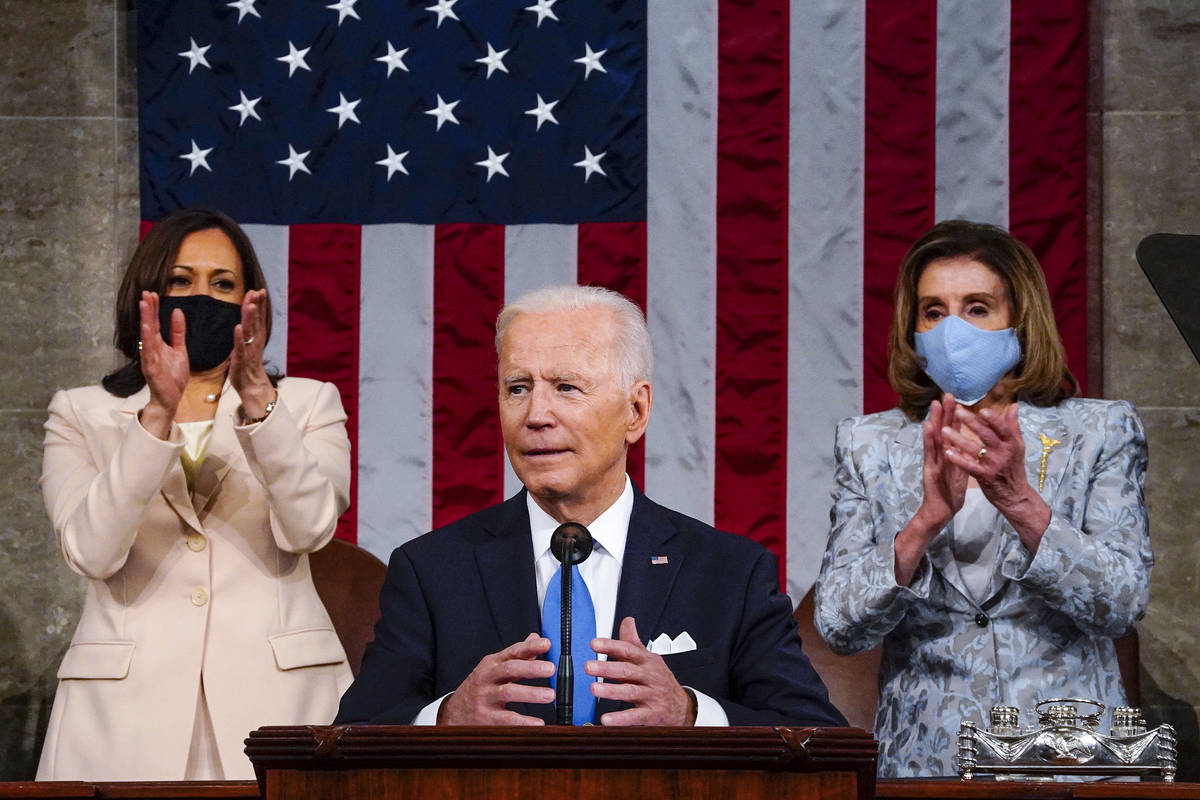 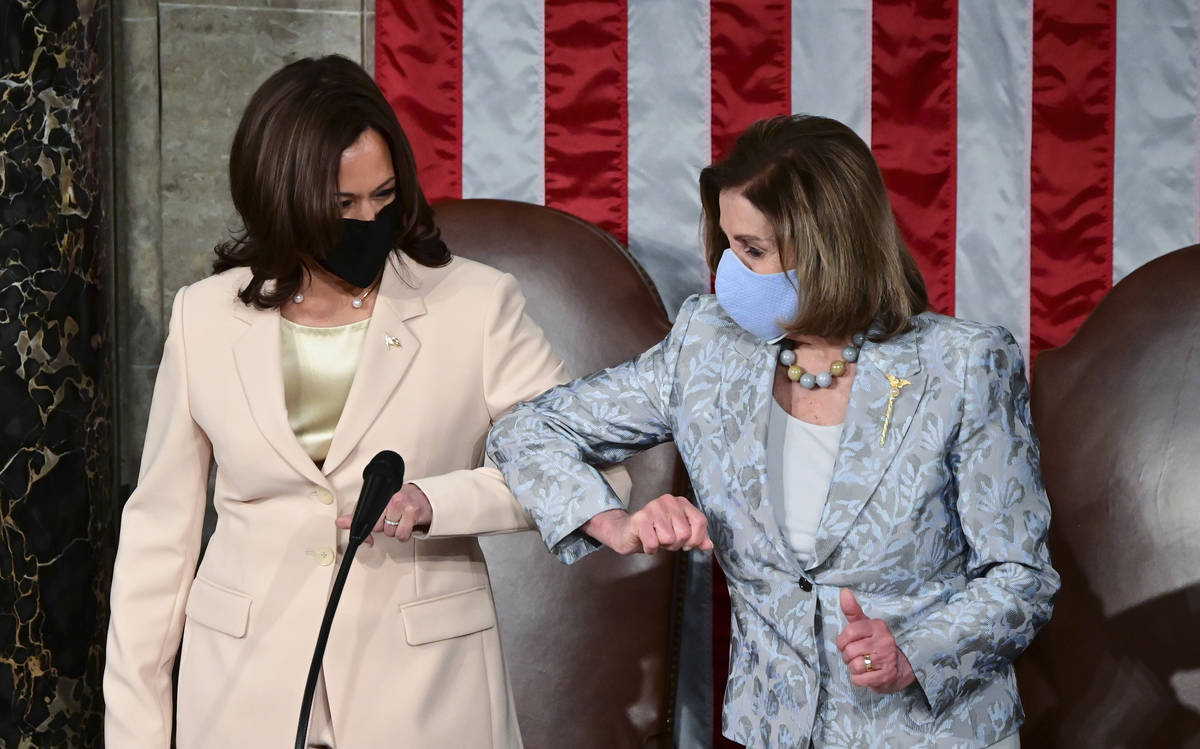 WASHINGTON — Women’s health and equity in the workplace got a high-profile mention from President Joe Biden in his recent speech to a joint session of Congress — with a plea to improve pay, health care, expand family leave and child care.

“We need to ensure greater equity and opportunity for women,” Biden said to applause.

As the nation celebrates Mother’s Day, Democrats and Republicans are pushing legislation in Congress aimed at helping women who have historically been at a disadvantage with men in the workplace, as well as families who have suffered from the inequity.

The recent pandemic only made it worse, with more than 3 million women forced to leave the workforce over the past year, according to federal employment figures.

“Families were hanging by a thread when the pandemic hit, and now that thread has unraveled altogether,” said Kristin Rowe-Finkbeiner, executive director of Seattle-based MomsRising, a national nonprofit organization that advocates on behalf of moms and families.

She said of the women who left jobs during the pandemic, 32 percent of women between the ages of 24 and 44 said they were pushed out of the labor force because of the lack of child care.

“And it’s important to note that disproportionately women of color were pushed out of the labor force and experienced health and economic harms due to systemic racism,” Rowe-Finkbeiner said.

Barriers to going back to work

In regions hard hit by the pandemic, including tourism-reliant Las Vegas, many families saw both parents with jobs lost. Nevada is still struggling to regain its economic footing following the closure of casinos, hotels, restaurants and other tourist venues when the pandemic swept the country last March.

One thing holding women back from reentering the workforce is child care. Schools are opening slowly, but the cost and lack of availability of care for younger children places a burden on women.

On top of child care, women are often relied on to care for aging parents.

The United States is the only country among 41 member nations of the international Organization of Economic Cooperation and Development, and the European Union, that does not offer paid leave, according to the Pew Research Center.

Eight states have laws that require some leave, but Nevada is not one of them.

But the last $1.9 trillion rescue package but forward by Biden squeezed through Congress without a single GOP vote. Biden has proposed paid leave in the $1.8 trillion families plan he unveiled last week.

And while 58 percent of Americans overall support the plan, according to a Morning Consult/Politico poll, the numbers show stark differences on party lines: 86 percent of Democratic respondents support the plan, but just 25 percent of Republicans do. (The poll’s margin of error was plus or minus 2 percentage points.)

Political gains, but more to do

And while women have made political gains — a point Biden raised in his speech, noting for the first time that two women were seated behind him on the dias as vice president and speaker of the House — more needs to be done for women in the workplace, advocates say.

Those political gains have translated into greater representation of women and legislative efforts designed to improve health care for women and programs to help them in the workplace. (Nevada boasts the first female majority Legislature in U.S. history.)

But the wage gap between women and men grew even larger during the pandemic. The percentage of women in the workplace dropped to 1987 levels, according to the Bureau of Labor Statistics.

More troublesome, women made only 82 cents compared to every $1 earned by men for similar jobs over the past year, according to the Bureau of Labor Statistics.

The federal statistics show women of color made even less money for similar jobs than men.

Latina women made just 46 cents to a white man’s dollar, and Black women made 52 cents in comparison, said Rowe-Finkbeiner.

She said in addition to equal pay, paid family medical leave, child care, access to sick days and health care programs are needed to help women, men and their families.

Biden proposed numerous programs in his American Families Plan that he said would help reduce the demands and encourage women to reenter the workforce. Biden also called on Congress to pass the Paycheck Fairness Act, which would give women equal pay with their male counterparts.

The bill, filed in the House by Rep. Rosa DeLauro, D-Conn., has 225 co-sponsors, including three Republicans from New Jersey and Pennsylvania and all three Nevada Democrats, Reps. Dina Titus, Susie Lee and Steven Horsford.

Identical legislation filed in the Senate by Patty Murray of Washington has 49 Democratic and independent co-sponsors, including Catherine Cortez Masto and Jacky Rosen of Nevada.

Biden used his speech to outline several measures aimed at women, including shoring up the Affordable Care Act, “a lifeline for millions of Americans, protecting people with preexisting conditions, protecting women’s health.”

Although McConnell has said he will seek to block Biden’s ambitious $2 trillion jobs plan and the $1.8 trillion families plan, some GOP lawmakers favor pieces of the package that may be able to pass.

Biden’s family plan includes $225 billion to provide 12 weeks of paid parental, family and sick leave to nearly all American workers over the next decade — paid for by tax hikes on corporations and the wealthy.

“No one should have to choose between a job and paycheck or taking care of themselves and their loved ones — a parent, a spouse, or child,” Biden said.

Other bipartisan efforts outside the Biden plans also are being discussed.

Rosen, a member of the Health, Education, Labor and Pensions Committee, has refiled two pieces of legislation to improve health care for women and rural residents.

The bills, Improving Access to Health Care in Rural and Underserved Areas, and the Data Mapping to Save Mom’s Lives, would increase specialty care providers in rural clinics in states like Nevada.

Rosen said the legislation would also “utilize technology and data to lay the groundwork for increasing access to broadband and telemedicine and improving health outcomes for Nevada mothers.”

The data mapping bill, co-sponsored by several Republican senators, was passed by the Senate in 2020 and is expected to be approved in this Congress. It would require the Federal Communications Commission to map broadband service gaps and high rates of maternal health outcomes.

Lawmakers from rural states, regardless of party affiliation, support the bill.

“During this public health crisis, it is critical that we ensure proper access to quality, affordable health care for Nevadans in all corners of our state,” Rosen said in a statement announcing her reintroduction of the legislation. 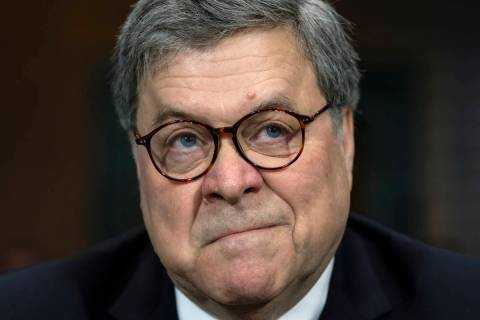