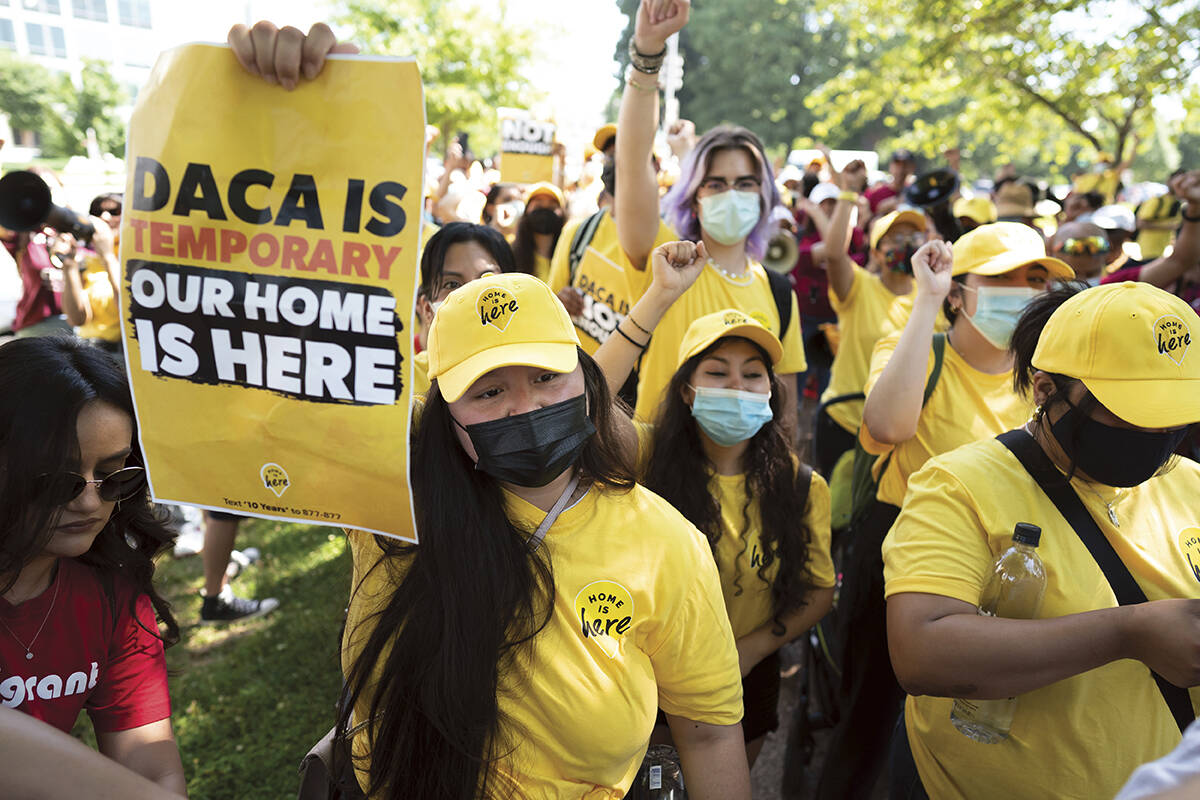 Susana Lujano, left, a dreamer from Mexico who lives in Houston, joins other activists to rally in support of the Deferred Action for Childhood Arrivals program, also known as DACA, at the U.S. Capitol in Washington on June 15, 2022. A federal appeals court Wednesday, Oct. 5, 2022, ordered a lower court review of Biden administration revisions to DACA, a program preventing the deportation of hundreds of thousands of immigrants brought into the United States as children. The ruling, for now, leaves the future of DACA up in the air. (AP Photo/J. Scott Applewhite, File) 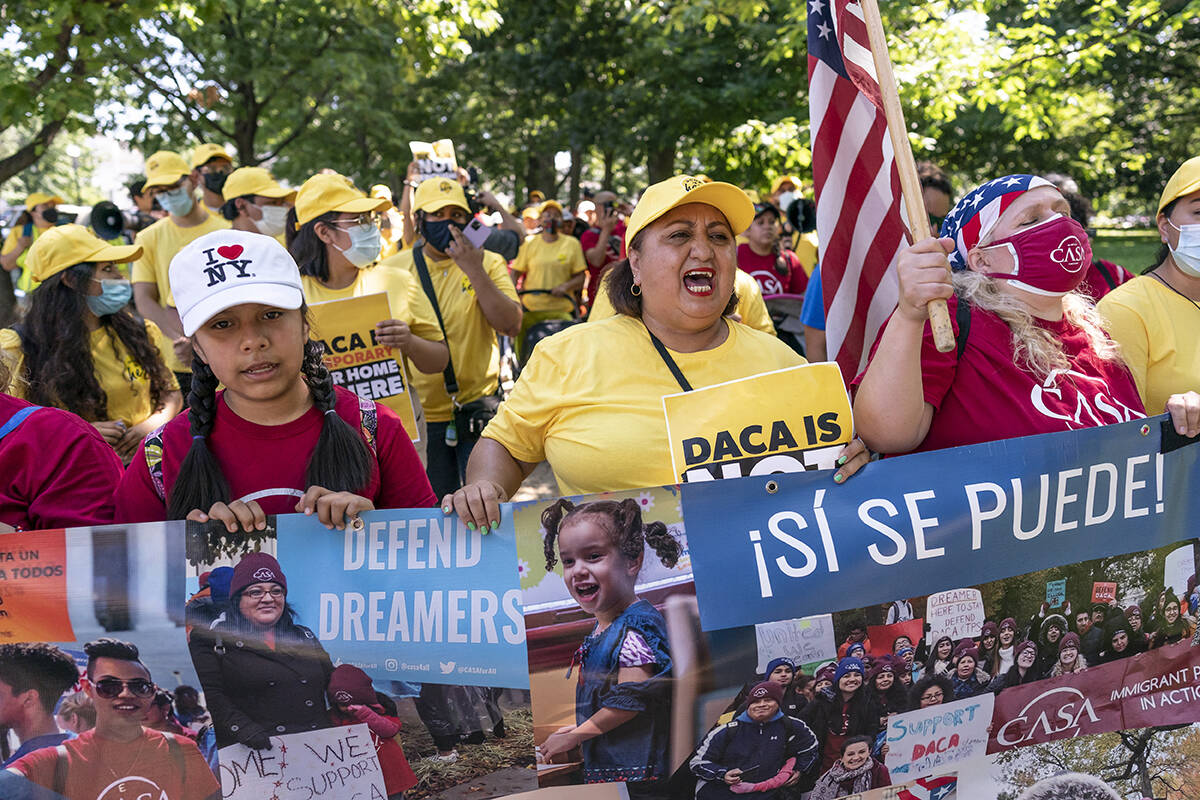 Ingrid Vaca, center, a native of Bolivia, helps to energize activists to rally in support of the Deferred Action for Childhood Arrivals program, also known as DACA, at the Capitol in Washington, Wednesday, June 15, 2022. (AP Photo/J. Scott Applewhite) 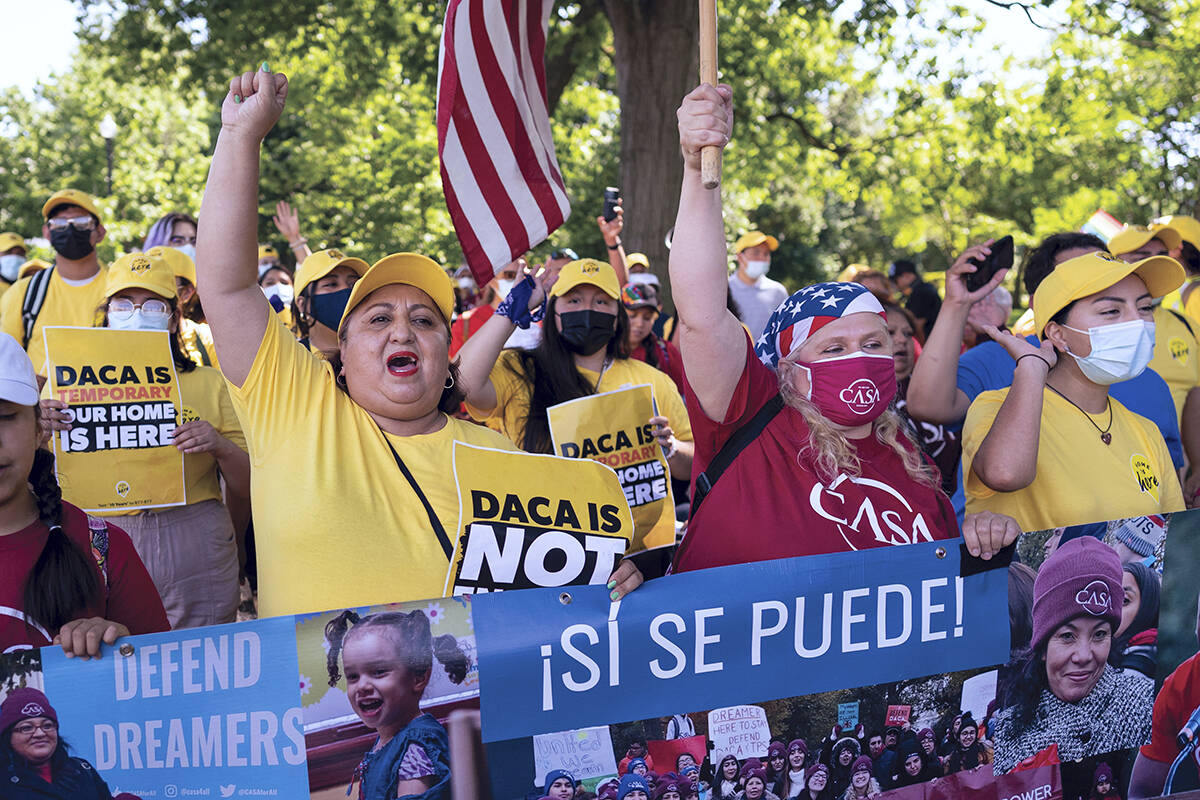 Ingrid Vaca, left, a native of Bolivia, helps to energize activists to rally in support of the Deferred Action for Childhood Arrivals program, also known as DACA, at the Capitol in Washington, Wednesday, June 15, 2022. (AP Photo/J. Scott Applewhite) 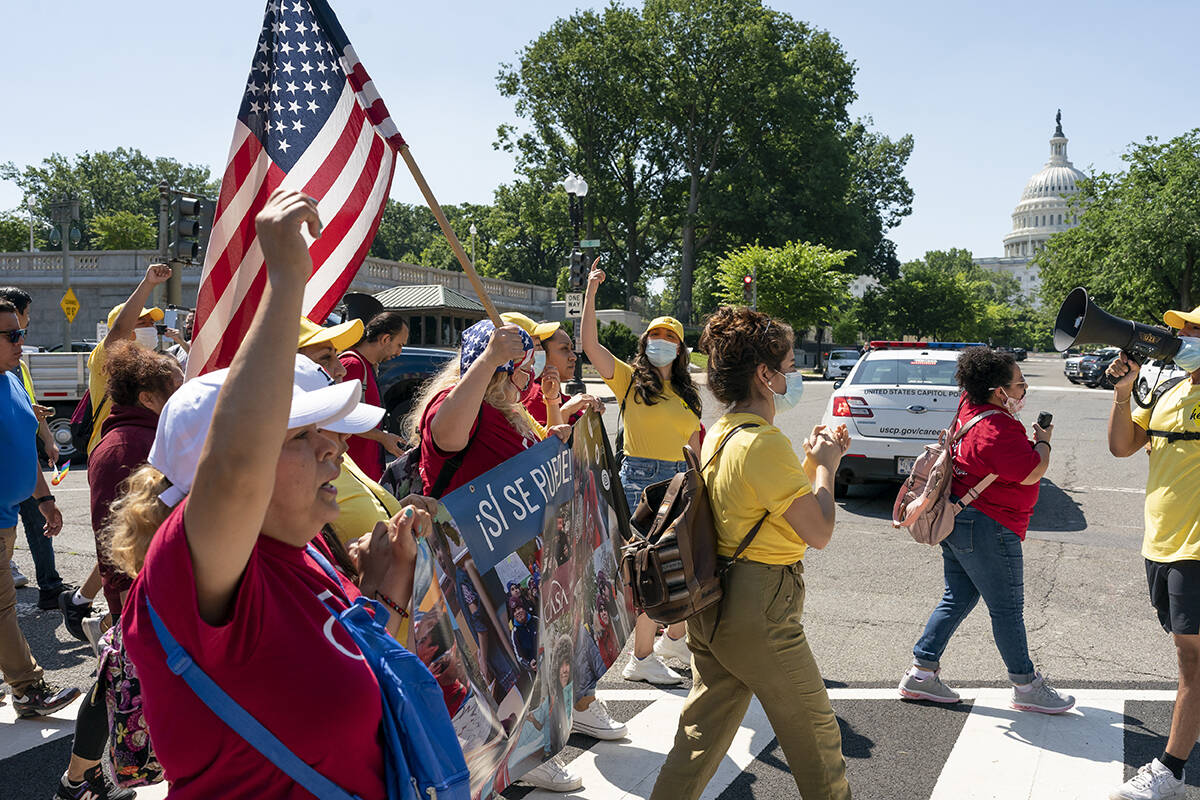 Activists known as "dreamers" rally in support of the Deferred Action for Childhood Arrivals program, also known as DACA, as they march at the Capitol in Washington, Wednesday, June 15, 2022. (AP Photo/J. Scott Applewhite)

WASHINGTON – A federal appeals court ruled Wednesday that the Obama-era deportation protections for immigrants brought into this country illegally as children are unlawful and remanded the case to a lower court in Texas.

In Nevada, 12,100 immigrants are protected under the Deferred Action for Childhood Arrivals, or DACA, according to the American Immigration Council. Since 2012, 14,278 people have been granted the status in the state.

The New Orleans-based 5th Circuit Court of Appeals upheld a Texas federal judge ruling that the protective order issued by the Obama administration was unlawful, but remanded it back to the lower trial court to take into account revisions made by President Joe Biden.

Immigrants who have received protections under DACA, known as Dreamers, will not be affected by the appellate court ruling, but the decision blocks applicants from the program.

Biden issued a statement from the White House saying that while the appellate court provided a reprieve for current DACA recipients, “the lives of Dreamers remain in limbo.”

He urged Congress to pass legislation to protect those immigrants brought to this country illegally as children, but who have grown up and been educated in the United States and now live and work in jobs or serve in the military.

U.S. Sen. Catherine Cortez Masto, D-Nev., said that Dreamers can continue to renew their protected status, but she called out Republicans in Congress for blocking legislative efforts to codify DACA protections that have been in place for a decade.

“It’s time for my Republican colleagues to show some spine,” Cortez Masto wrote on Twitter.

Some Republican senators have supported the DACA program in the past, and bipartisan support was expected for language that was later ruled out of order in a spending bill that was passed under budget reconciliation rules.

A separate bill would need 60 votes in the evenly divided Senate to overcome a filibuster.

Roughly 616,000 immigrants have DACA status, according to the National Immigration Forum. Immigration advocate groups have lobbied to make the Obama-era rule a law.

“Although many DACA recipients are relieved they can renew their work permits, Dream Big Nevada is disappointed that our lives and that of our families continue to be disrupted at the beck and call of the Federal courts,” Astrid Silva, DACA recipient and executive director of Dream Big Nevada said in a statement. “Now more than ever a legislative solution is necessary in order to end the uncertainty in our daily lives.”