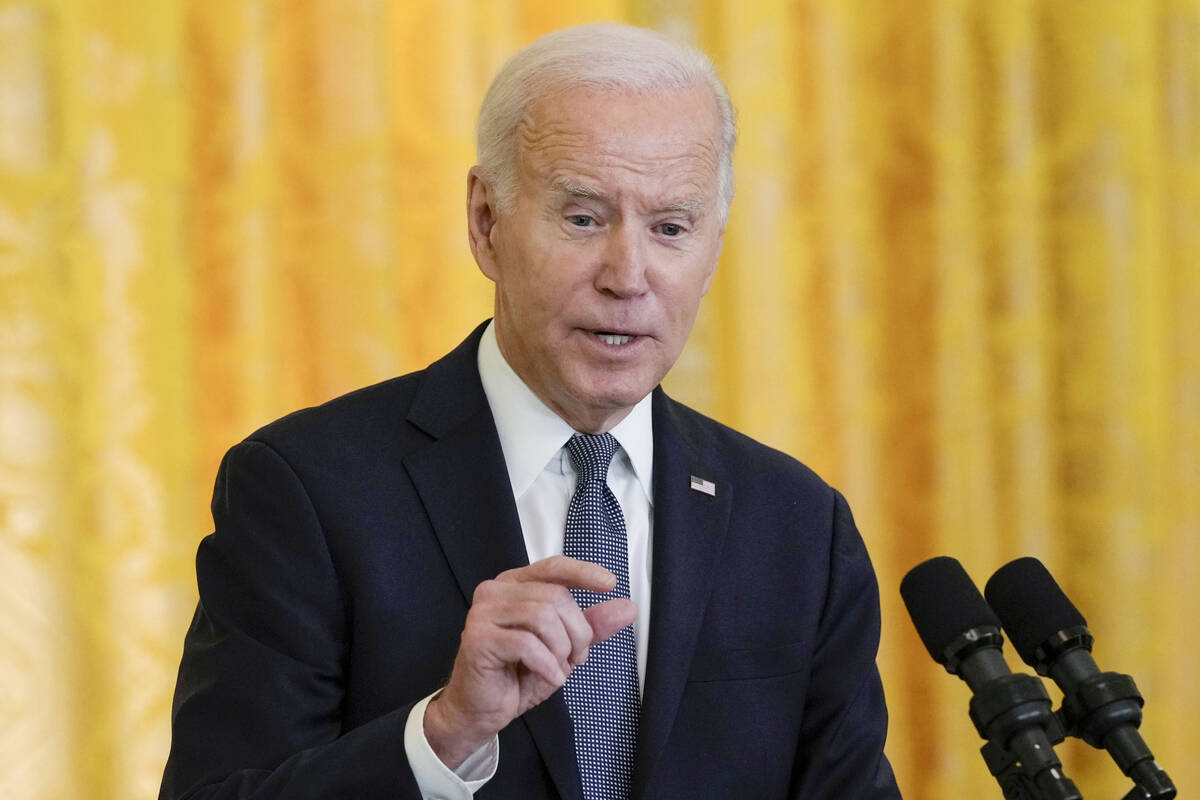 While Nevada gave its best argument as to why it should hold the first Democratic presidential primary in 2024, South Carolina appears poised to get that honor after President Joe Biden briefed Democrats of his plan on Thursday.

Biden suggested South Carolina should go first on Feb. 6, followed by Nevada and New Hampshire on Feb. 13, Georgia on Feb. 20 and Michigan on Feb. 27, according to the Wall Street Journal.

In a letter sent Thursday to the Democratic National Committee’s Rules and Bylaws Committee, which will make the official determination at its meeting over the next two days, Biden wrote, “our early states must reflect the overall diversity of our party and our nation — economically, geographically, demographically. This means more diverse states earlier in the process and more diversity in the overall mix of early states.”

“We need to include voters from many backgrounds, not to ratify the choice of the earliest states, but as full stakeholders in making the choice,” Biden wrote.

The suggestion would replace Iowa, which has historically gone first with its caucuses. In the letter Biden wrote that caucuses are “inherently anti-participatory.”

“It should be our party’s goal to rid the nominating process of restrictive, anti-worker caucuses,” Biden wrote.

Since the end of the 2022 midterms, Nevada’s Democrats pleaded their case as to why the Silver State should go first in the presidential primary process, highlighting the state’s strong union presence, its economic and racial diversity and its ability to deliver a key U.S. Senate win for Democrats in the midterms.

“This proposed new order for the early states disregards the broad coalition of national organizations and leaders calling for Nevada to go first, and instead elevates a state that doesn’t meet the criteria to start off this process,” the senators said in a statement.

They said that the first presidential nominating contest should be held in a “competitive, pro-labor state that supports voting access and reflects all of America’s diversity — in other words, a state that actually aligns with the DNC’s own priorities for updating the calendar.”

“We hope this proposal is amended and improved to address these serious concerns,” Cortez Masto and Rosen said.

“We strongly disagree with President Biden’s proposed new order of early presidential nominating states. Nevada is a diverse, union-strong battleground state that has consistently delivered Democratic wins up and down the ballot. Democrats have also made our state a national model for accessible voting — including shifting away from a party-run caucus and implementing a state-run primary process that will dramatically increase voter participation. We are the right long-term choice to be first in the nation.”

There’s another concern that will also have to be fixed.

Under state law, Nevada’s presidential primary for both parties is scheduled for the first Tuesday in February — Feb. 6 in 2024. The Nevada Legislature would have to change its law to comply with Biden’s plan, said Dan Lee, an associate professor of political science at UNLV.

Nevada’s presidential primary law was passed in the last legislative session to put Nevada in a suitable position to go first in 2024, but doing so before DNC made its calendar was a “gamble,” Lee said.

If the legislature does not change the law, Nevada is at risk of receiving a penalty from the Democratic Party, which could mean fewer delegates to the party’s convention, where the presidential nominee is determined. That was the case with states like Florida and Michigan.

Biden’s news also indicates that he will run for re-election, Lee said. Having South Carolina go first helps him, because that was where he had his first win in 2020.

In Nevada, Biden came in a distant second to Sen. Bernie Sanders.

“It could be very specific to him and where he thinks is better for him,” Lee said.