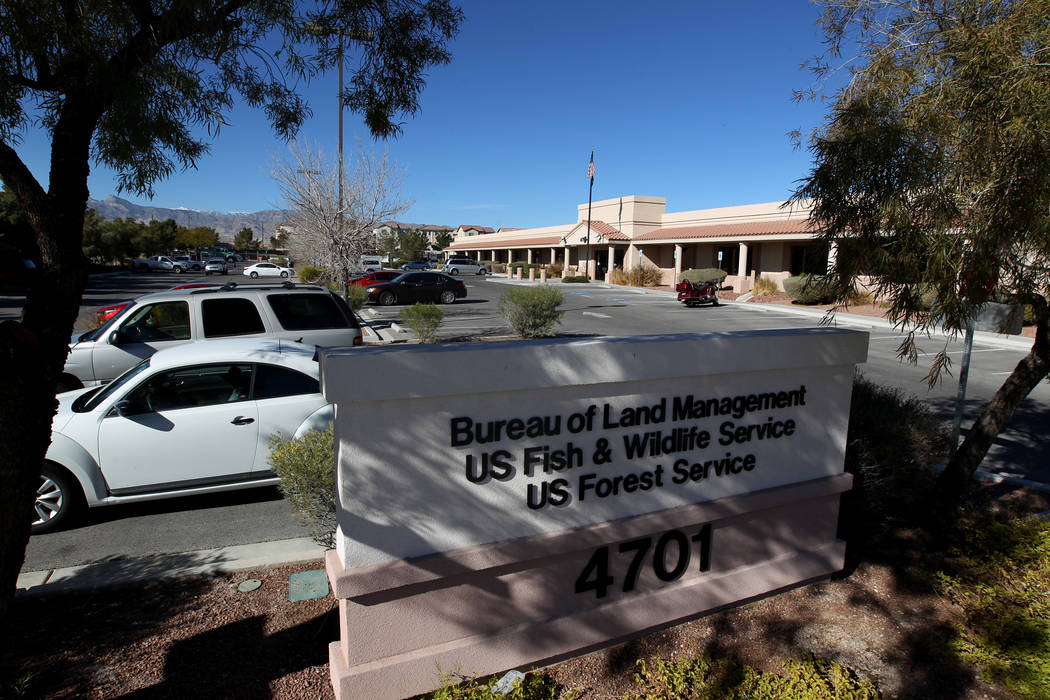 After a decade of work, the Bureau of Land Management has scrapped a long-delayed revision of its overall land-use plan for Southern Nevada.

The move will become official Friday, when a “notice of termination” is published in the Federal Register.

Instead of revising the entire resource management plan for Clark County and southern Nye County, bureau officials will use “smaller, focused RMP amendments” to address land-use issues, according to the notice.

Word of the decision first leaked out in November, but BLM staff members in Nevada declined to discuss or even confirm it.

Bureau officials in Las Vegas and Reno did not respond Thursday to multiple requests for comment.

The BLM launched a revision effort in 2008 and released a draft update in 2014, but the plan drew so much criticism that the bureau’s state director at the time put the planning process on hold for more than a year.

The effort resumed in 2017 and led to a series of public meetings in early 2018. The bureau was on track to release a new draft last fall, but officials decided to pull the plug instead.

Environmentalists blasted the move, which casts aside thousands of hours of work and leaves Southern Nevada with a management plan written 21 years ago, when the population was about 1 million less than it is now.

“What an absolute waste of taxpayer resources,” said Patrick Donnelly, Nevada director of the Center for Biological Diversity. “It’s ludicrous to think that doubling our population doesn’t require an update to how we manage our public lands.”

The revision process was complicated by Trump administration directives aimed at streamlining the preparation of planning documents and environmental reviews.

Those rules would have forced local BLM officials to finish updating the management plan by the end of April 2019, roughly two years earlier than expected.

The revised document was expected to designate more than 25,000 acres for solar energy development and expand or establish new “Areas of Critical Environmental Concern” to protect almost 278,000 acres of wildlife habitat, cultural and archaeological resources and unique scenic landscapes.

Nye County officials hoped to use the update to secure more federal land for shooting ranges, landfills and a fairground.

“That means we have to start all over again, which is frustrating,” County Commissioner Debra Strickland said.

She said some of what her county wants will be tacked onto a sweeping bill being drafted to address a laundry list of public land issues in Clark County.