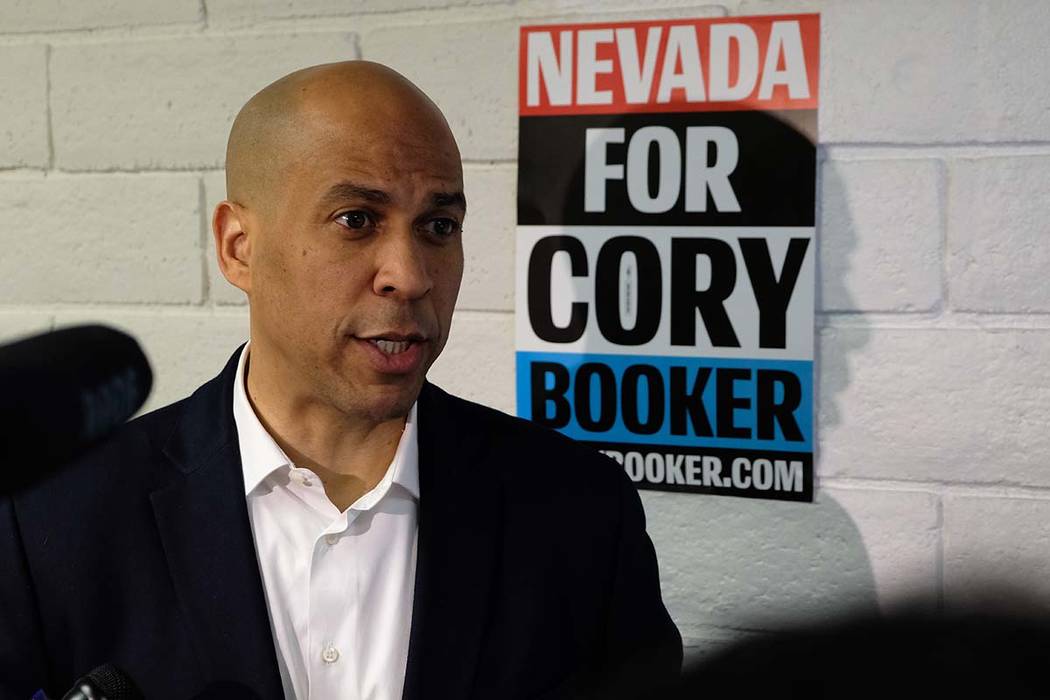 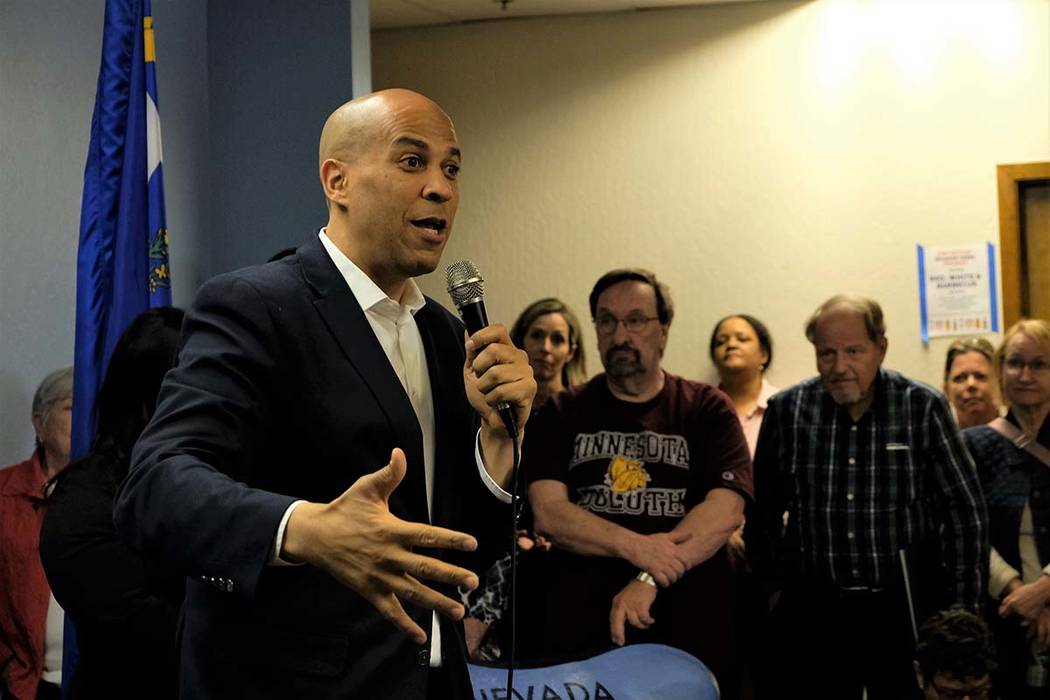 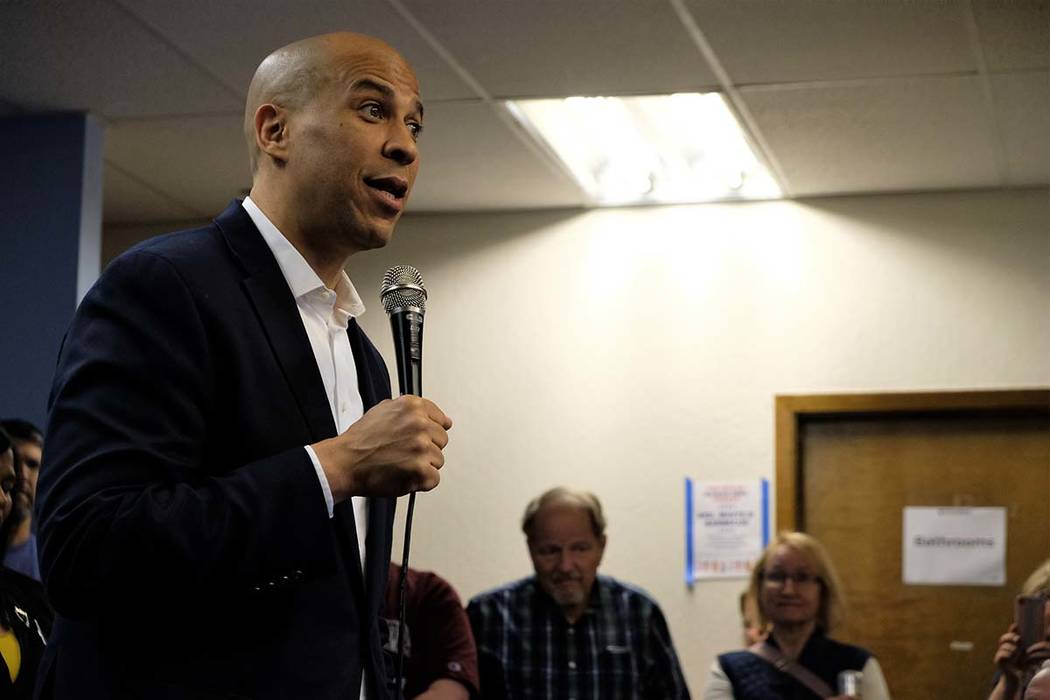 In a series of tweets earlier in the day, Booker’s colleague and fellow presidential contender Sen. Elizabeth Warren, D-Mass., called on the Democrat-controlled House to start the impeachment process following the release of a redacted version of the report looking into the Russian government’s attempts to interfere with the 2016 presidential election.

Mueller’s investigation found no coordination or conspiracy between Trump’s campaign and Russia. It also did not conclude that Trump obstructed justice during the investigation, but did not exonerate him, either.

Asked by reporters before a campaign event in Reno whether he agrees with his colleague’s call for impeachment, Booker said that he doesn’t “think that’s the right question right now.”

Booker noted Congress does not yet have an underacted version of Mueller’s 400-page investigative report, which was released Thursday.

“There’s a lot more work to be done, a lot more investigation that should go on before Congress comes to any conclusions like that,” Booker said.

Friday marked Day 2 of a three-day stump for Booker in Nevada. He spoke at UNLV Thursday night, and chatted with Democrats in Douglas County early Friday before the event in Reno. On Saturday, he’ll be back in Las Vegas — where his mother resides in Summerlin — for a series of four events across the valley.

Talking to the 100-plus people who showed up to the Washoe County Democratic Party offices Friday afternoon to see him, Booker focused his message on the theme of his presidential bid: unity and love.

“Love says that we are one nation, and that injustice anywhere is a threat to justice everywhere,” Booker added.

That’s the way, he said, for Democrats to defeat Trump come 2020.

That message resonated with Reno resident Kim Mazeres, 57. Mazeres said she hasn’t followed any of the candidates “super closely” as of yet, but came away impressed by Booker.

“I like the message of hope and inspiration and uniting our country. I think we have become far too divided and we’ve got to find common ground.,” Mazeres said after the event.

Booker is hoping that message of hope catches on with voters tired of the negative and often combative political rhetoric of today. But recent polls show him struggling to make that case.

A poll conducted by Emerson College earlier this month showed former Vice President Joe Biden, who has not officially announced his run, leading in the crowded Democratic primary field with 29 percent, and Vermont Sen. Bernie Sanders close behind with 24. The poll had Booker at 2 percent.

Booker spoke for over 30 minutes in Reno, and then spent a similar portion of time taking questions from the audience.

He talked about his plan to increase teachers salaries by implementing a college debt forgiveness program for educators, giving them tax breaks and implementing a broad reimbursement program for teachers who pay for supplies out of pocket. He touched on his desire for a more robust vocational training and apprenticeship programs in the nation, and his plan to increase transparency in prescription drug prices as a way to start addressing the increasing costs of health care across the country.