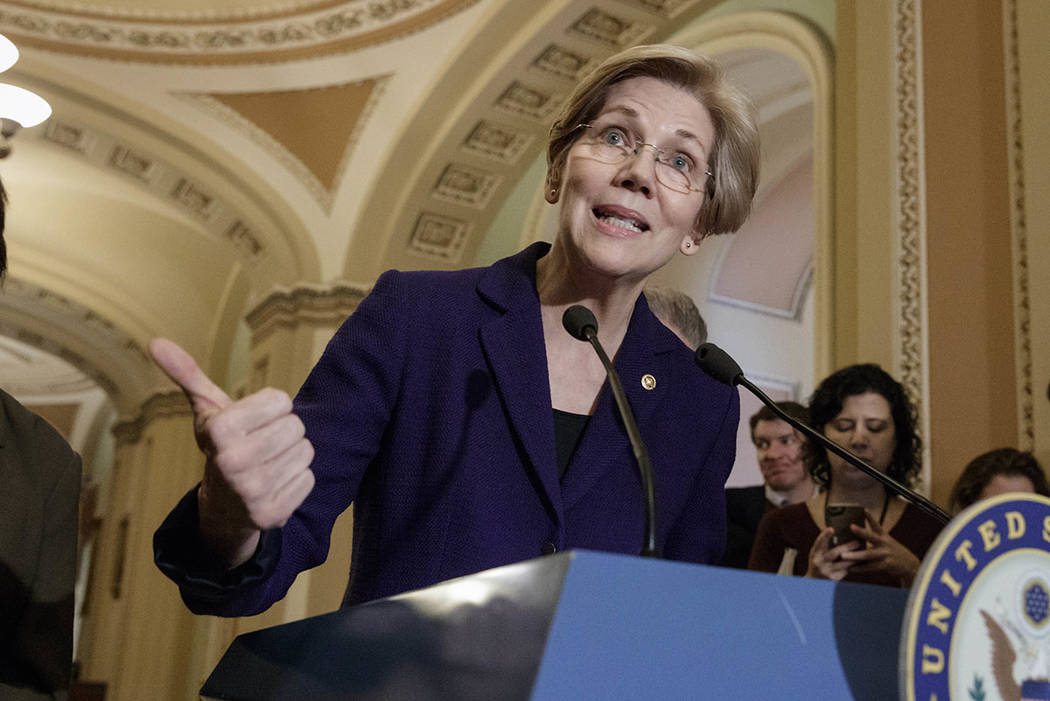 U.S. Sen. Elizabeth Warren — considered one of the top potential Democratic presidential candidates for 2020 — will headline the Nevada State Democratic Convention in Reno next month, the state party announced Friday.

The Massachusetts senator, along with Sen. Catherine Cortez Masto, D-Nev., will speak on the first day of the convention, which will be held in Reno on June 23 and 24.

“We are honored and delighted to welcome Sen. Warren to Nevada to address our state convention next month. Sen. Warren has always been a fighter for working families and a fierce advocate for economic equality for all,” Nevada Democratic Party executive director William McCurdy II said in a statement.

“She understands that Nevada is crucial for Democrats’ success in the 2018 midterms. We’re thrilled to have Sen. Warren fighting alongside us this year to elect Nevada Democrats up and down the ticket and turn our state blue.”

The Review-Journal Primary Election Voter Guide will be published online and in print this week.

The guide can be found beginning Tuesday at reviewjournal.com/voter-guide-2018 and will include details on all of the races that will appear on primary ballots in Southern Nevada this year.

The guide is designed to give voters a quick primer on where candidates stand on issues that are key to the specific races.

Select races will be detailed Thursday in print as part of a special section included in that day’s Review-Journal.

— Clark County commissioners Chris Giunchigliani and Steve Sisolak, who are challenging each other for the Democratic Party nomination for governor, are set to meet in a televised debate that will air from 6 to 7 p.m. Monday on KLAS-TV Channel 8.

— Five Democratic candidates running for Nevada’s 4th Congressional District will take part in a voter forum hosted by NextGen America on Tuesday. The forum will be held at Three Square, 4190 N. Pecos Road and starts at 6:30 p.m.