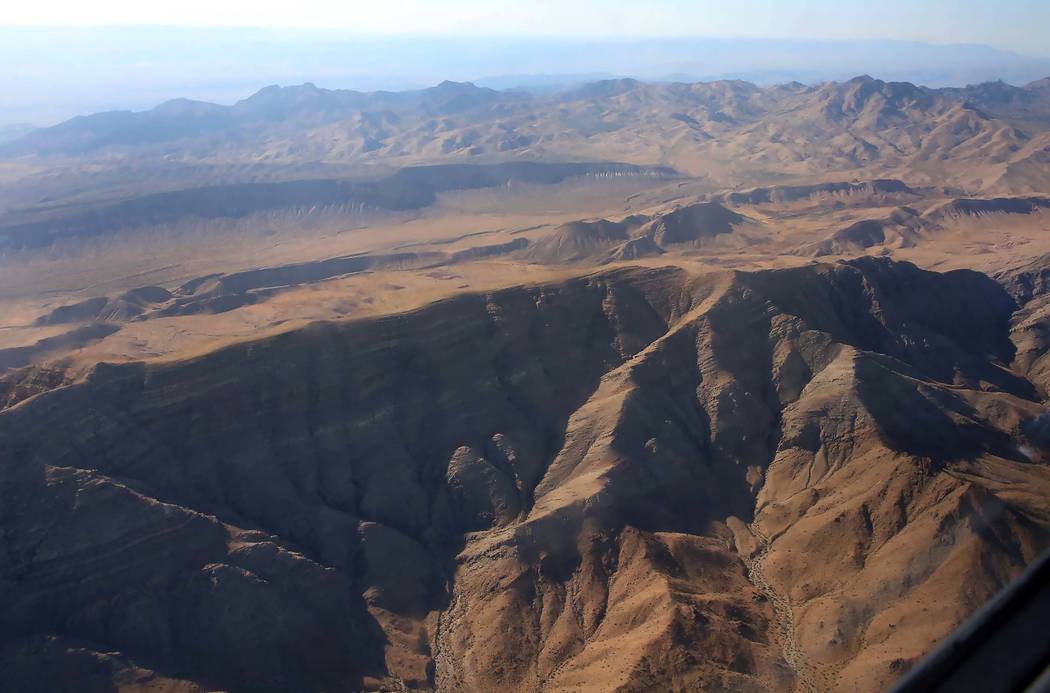 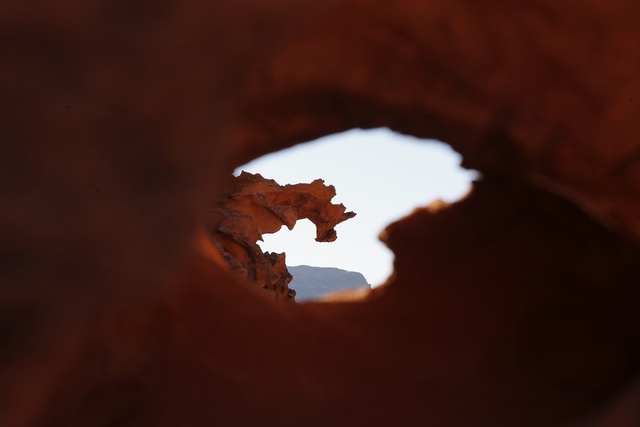 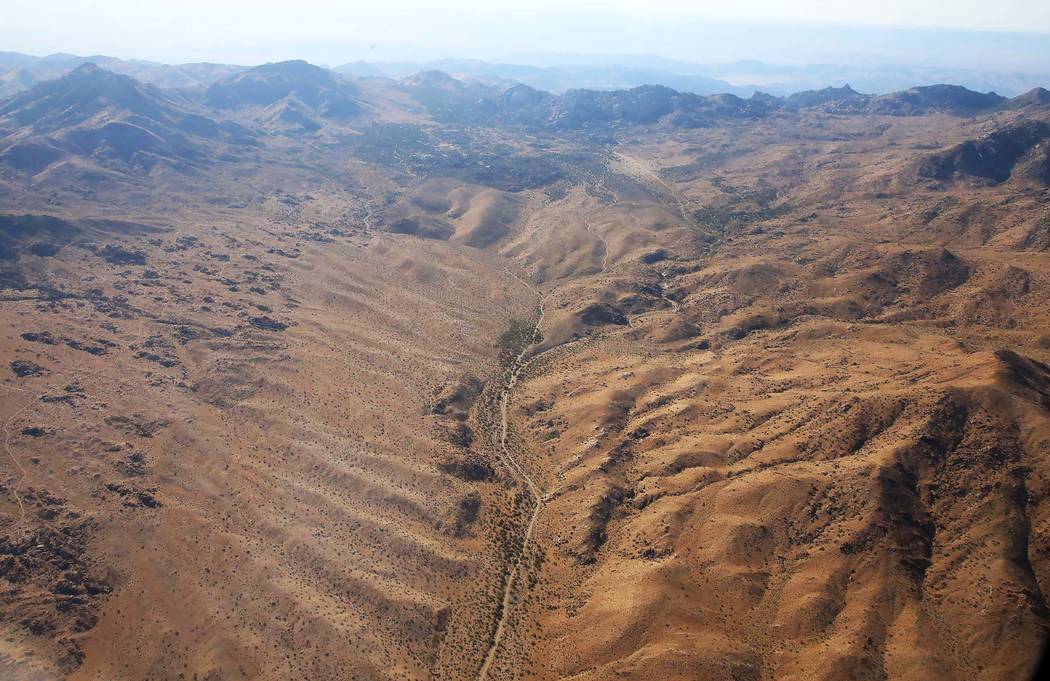 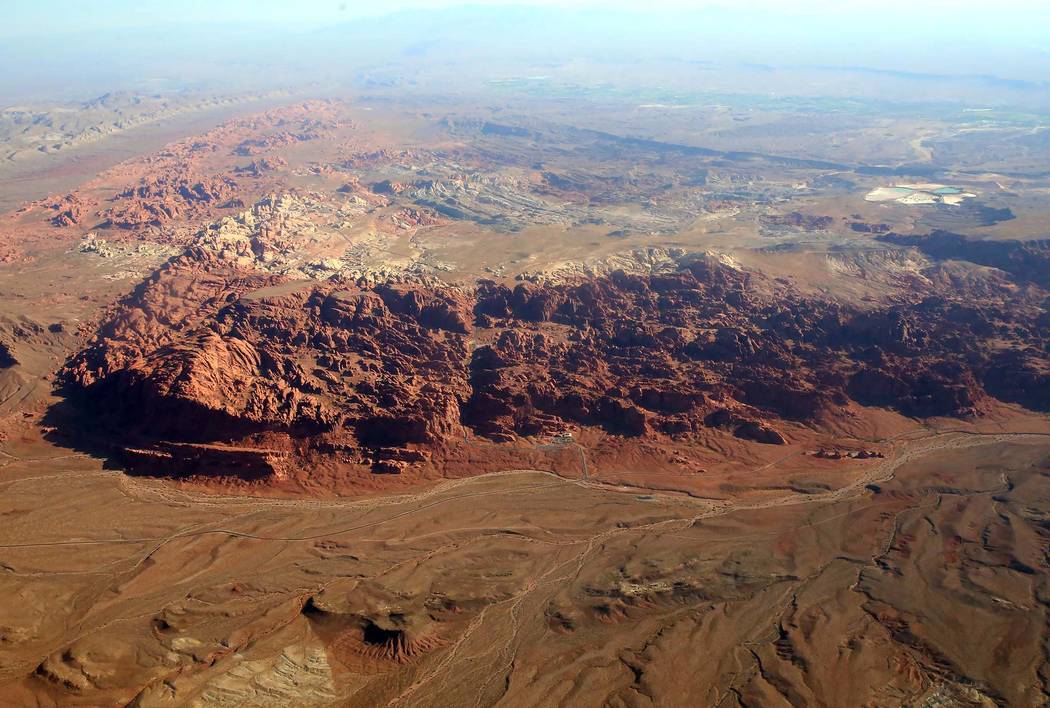 An aerial photo of Hidden Valley in Gold Butte National Monument on Friday, July 21, 2017. Gold Butte is the name for both a mountain peak and nearby ghost town in the eastern hook of Clark County. Bizuayehu Tesfaye Las Vegas Review-Journal @bizutesfaye 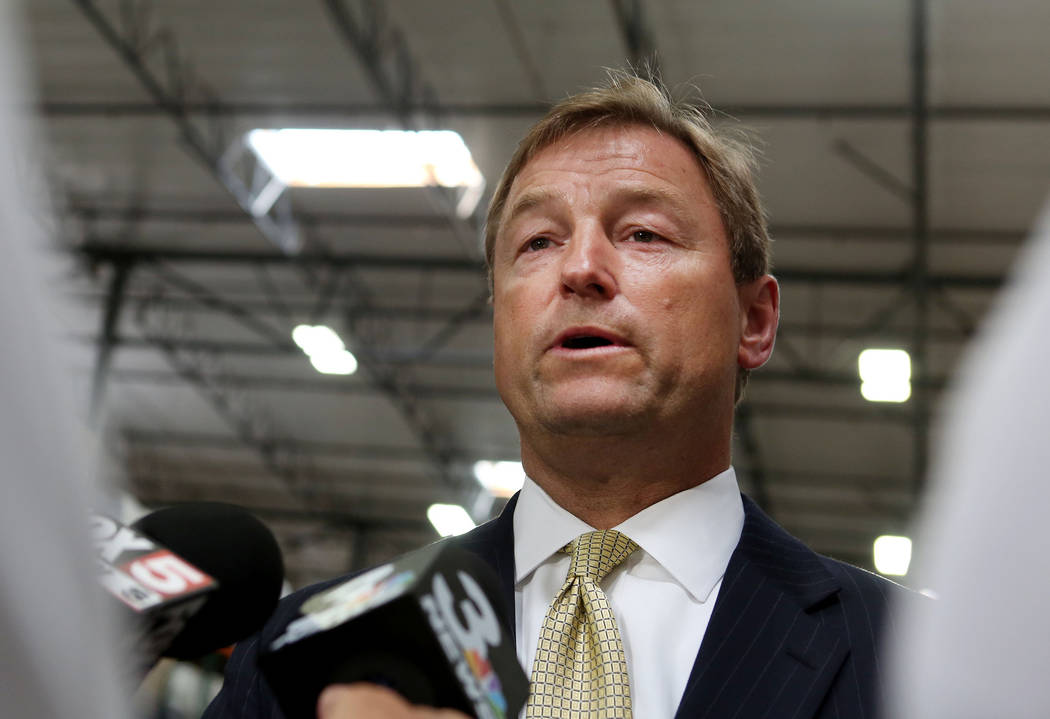 Heller said he was told about the changes Friday during a phone call with Interior Secretary Ryan Zinke.

“There will be some adjustments to both of those monuments, but they will be minor,” Heller told a gaggle of reporters on Monday in Las Vegas. “You’re not going to see wholesale changes in those monuments.”

Since then, all Zinke has said is that he recommended boundary reductions for a “handful” of sites but did not call for any monuments to be rescinded.

The report has not been made public, and Zinke has declined to say which monuments he wants to downsize.

Heller’s brief comments Monday represent the first official confirmation that the two Obama-era national monuments in Nevada are indeed part of that list.

The only specifics Heller offered concern Gold Butte in northeastern Clark County, where the monument’s northern boundary is expected to be moved to “carve out” six springs that represent the future water supply for the communities of Mesquite and Bunkerville.

Heller did not say what changes Zinke recommended for Basin and Range National Monument in remote Lincoln and Nye counties.

The Virgin Valley Water District requested the change to Gold Butte during Zinke’s July 30 tour of the two monuments.

Water District General Manager Kevin Brown has said that moving the monument’s northern boundary 5 or 6 miles to the south would cut about 24 square miles from the roughly 460-square-mile monument.

Monument advocates have threatened to sue over any changes made to Gold Butte or Basin and Range.

Annette Magnus is executive director of Battle Born Progress, a left-leaning advocacy group that has campaigned on behalf of both monuments. She said it’s hard to react to Heller’s comments without knowing the details of what is being proposed.

“It’s still speculative at this point, because we’ve seen nothing official out of the administration yet,” Magnus said. “It would be nice if (Zinke) would just give us an answer. We’re all pretty angry.”

Former U.S. Rep. Cresent Hardy, R-Nev., said that although he hasn’t seen the recommended changes, minor alterations to the monuments are “not enough.”

Hardy said the only things that need to be protected are the man-made footprints, such as the Native American petroglyphs found in Gold Butte. 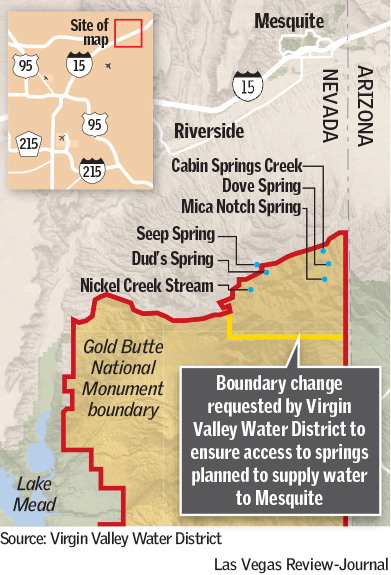 “I think it needs to be shrunk to the minimum footprint of which you’re trying to protect,” Hardy said.

Citing unnamed sources, The New York Times has reported that at least four monuments are on the chopping block, including Bears Ears in Utah, which could be slashed from 1.35 million acres to about 160,000 acres.

Several conservation groups have formally requested the release of Zinke’s report under the Freedom of Information Act.

The White House has said the president is still reviewing the “draft” report. 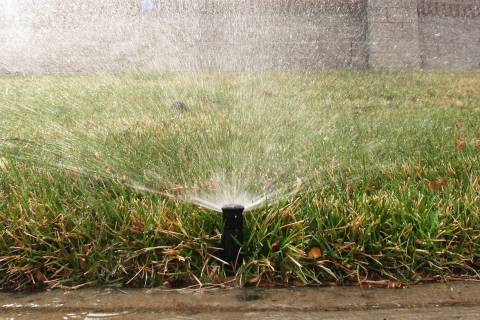