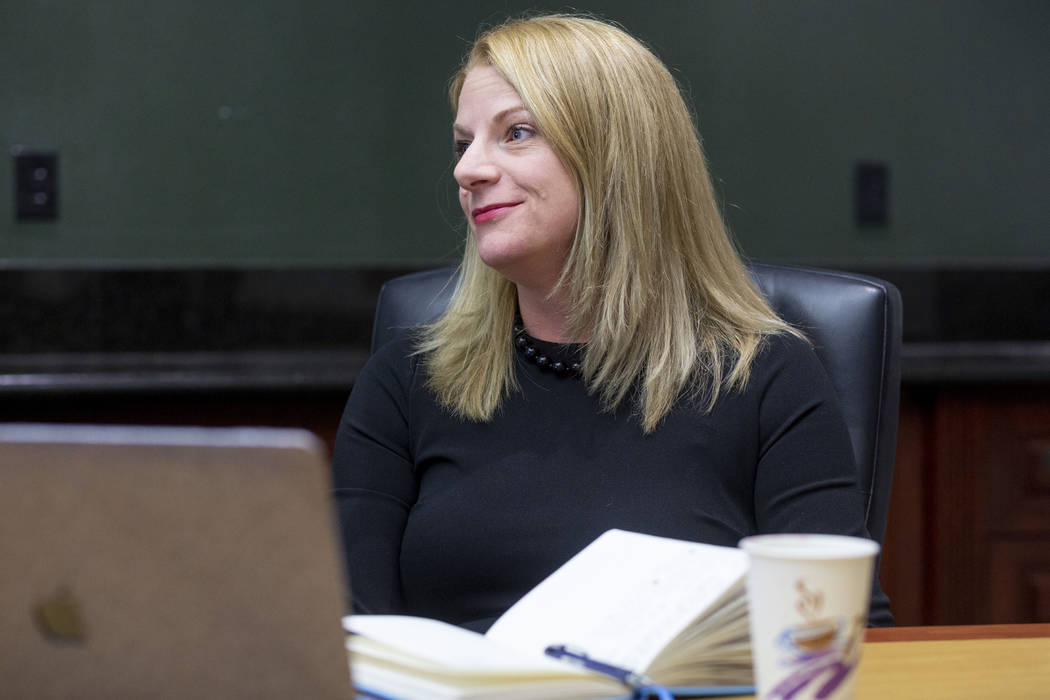 In sports, a player who is not performing well is benched. But in court here in Nevada, local and state judges can stay in play for about six years at a time, regardless of whether they seem to be performing well or not.

Elections are the easiest way to change which people in our community can impose punishments, make decisions about child custody or rule on appeals. Yet when it’s time to vote, it’s often hard for voters to understand which judges seem to be doing well and which are not.

That’s why, as a public service, the Las Vegas Review-Journal this year again sponsored its Judicial Performance Evaluation. Highlights of the survey are rolling out in print over the next few days.

The survey invited about 5,200 attorneys in Clark County to anonymously rate judges with whom they have had recent case-related experience, and 674 attorneys participated, yielding a rate of return of about 13 percent.

Questions focused on areas such as bias, behavior, courtesy and knowledge of the law. The survey also asked whether each judge should be retained.

This year’s survey marks the 13th time since 1992 that the Review-Journal has invited Clark County lawyers to evaluate judges. It looked at 89 judges, including Nevada Supreme Court justices. Newly appointed judges were excluded.

Disclosure
The Review-Journal has civil cases pending before the Nevada Supreme Court and the following local judges who were rated in the survey:

“We collaborated with key point people at the Review-Journal about the form of the survey and the overall scope of the study, but our team was solely responsible for the data collection and the analysis of the resulting data found in our report,” said Rebecca Gill, a UNLV professor and the project’s director.

“Our Judicial Performance Evaluation has a strong track record of identifying the strongest and weakest judges on the Clark County bench,” Review-Journal Executive Editor Glenn Cook said. “This information will be helpful to voters, who will be asked next year to decide dozens of judicial races.”

The Review-Journal partnered with the UNLV Cannon Survey Center and the Women’s Research Institute of Nevada to produce the project. The survey center hosted and administered the online survey, assigning confidential personal identification numbers and passwords to would-be participants using contact information provided by the State Bar of Nevada. A team at the research institute analyzed the results.

In late October, the Review-Journal received and reviewed the calculated results and began interviewing judges. The newspaper never knew the identities of the participants.

Of the 89 judges evaluated, 11 are considered failing, the results show. That means fewer than 50 percent of attorneys who evaluated those judges think they should keep their seats.

Six of those 11 failing judges are in Clark County Family Court, where decisions about custody and alimony are made.

The remaining 78 judges received retention scores of 50 percent or higher, which means at least half the attorneys who evaluated those judges think they should keep their seats.

Rebecca Gill, a UNLV professor who is directing the project, cautioned that it’s important for readers to remember that the survey is just one way to measure judicial performance.

Other methods to measure judicial performance include the number of times a judge’s decisions have been reversed; the number of times lawyers have objected to appearing before a judge; and the results of peer surveys, which ask judges to grade one another.

But that information is not readily available to the public.

The filing period for 2020 judicial candidates opens Jan. 6 and closes Jan. 17. At least 66 of the 89 evaluated judges are up for re-election next year.

Because the survey is anonymous, Gill also noted that there is no way to tell if a judge was mostly evaluated by a certain group of attorneys — say, prosecutors or defense attorneys. So it should not be viewed as the last word on any one judge’s performance.

However, the survey’s results offer readers — and voters — a bit more information about who is on the bench and how attorneys think they are performing.

“In a way, the survey results can act as a sort of warning bell, prompting us to gather more information about the judges that attorneys tend to rate much lower than their peers,” Gill said.