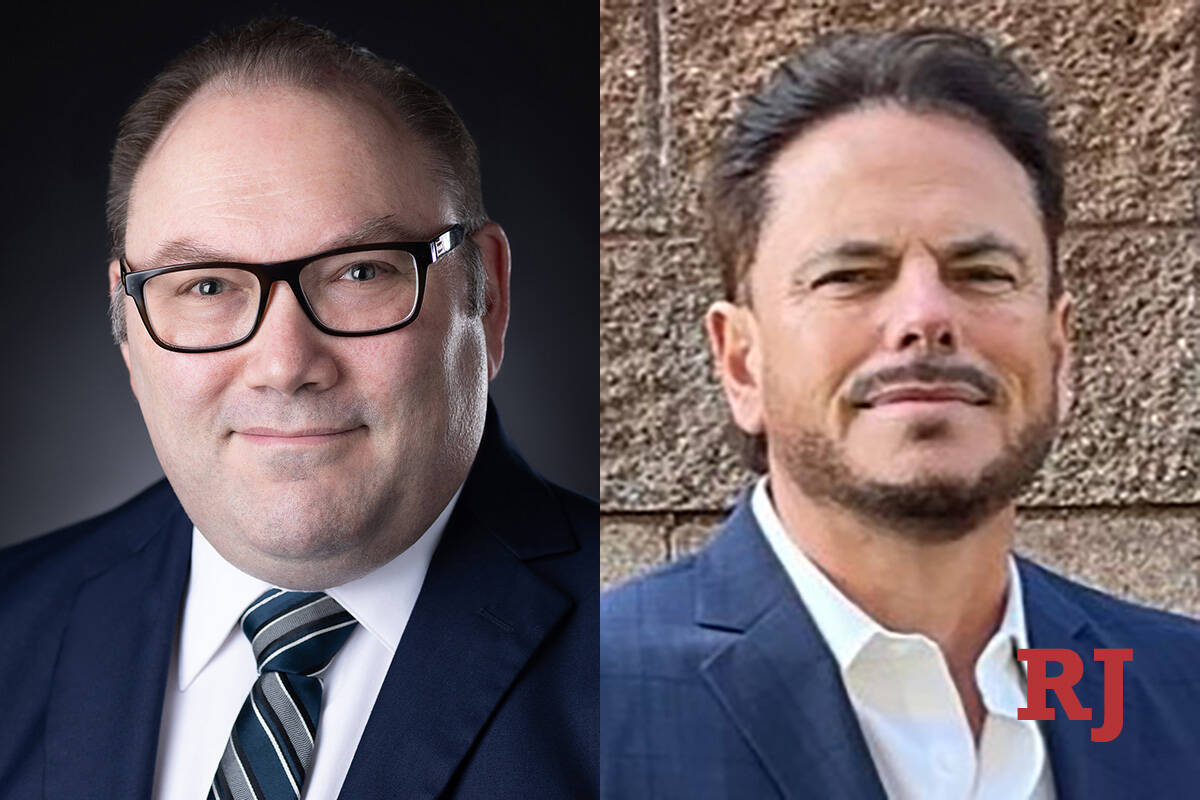 Two Republicans will square off in the June primary for a chance to unseat Democratic Clark County Commissioner Jim Gibson in November.

Joe Ludwig, a guest services representative for Burke Williams day spas, and Billy Mitchell, a program manager for the Department of Defense, are running campaigns in District G, which covers the southeast Las Vegas Valley, including Henderson.

Ludwig, 51, said he is an empathetic candidate who worries about liberal attitudes turning Nevada into California by raising taxes and being too lax on crime like the neighbor to the west.

“I’m an everyday guy who has a passion to fix government to make it work better for everyone without making it bigger,” Ludwig said.

Mitchell, 53, said that he was underwhelmed by the county commission’s response to the pandemic and believed that it should have pushed back against state mandates.

Mitchell, a Navy veteran who said he served in two wars and on three nuclear submarines, has been a substitute teacher and involved in school activities, such as his daughter’s dance program.

“With that said, it kind of goes in line with running for office,” he said about his participation in community service.

Although the commission has no purview over schools, Mitchell said he wants to engage Clark County School District leadership to fix problems with student achievement, and he questioned where per-pupil money was being spent.

Ludwig said his background includes a master’s degree in public administration and work with the Republican parties in Nevada and California.

He noted that he has somewhat gravitated away from the county GOP after recent interparty squabbling, which he said was counterproductive and sapped party strength.

While he said that he has no set agenda, Ludwig said he wanted to ensure that the Las Vegas Metropolitan Police Department and county fire department were fully staffed and supported.

“It’s not just a matter of dollars,” he said. “It’s a matter of people who work in those departments feeling that elected officials have their back and there’s not going to be scapegoating.”

Mitchell reported raising more than $5,600 for his campaign during the first quarter of the year, and Ludwig said he raised just over $1,000, almost exclusively from two loans he gave to himself, according to campaign finance records.

Gibson, the only Democrat to run in the contest, will automatically advance to the general election. Jesse Welsh, whose occupation could not be confirmed, is running on the Libertarian Party ticket and likewise will appear on the ballot in November.