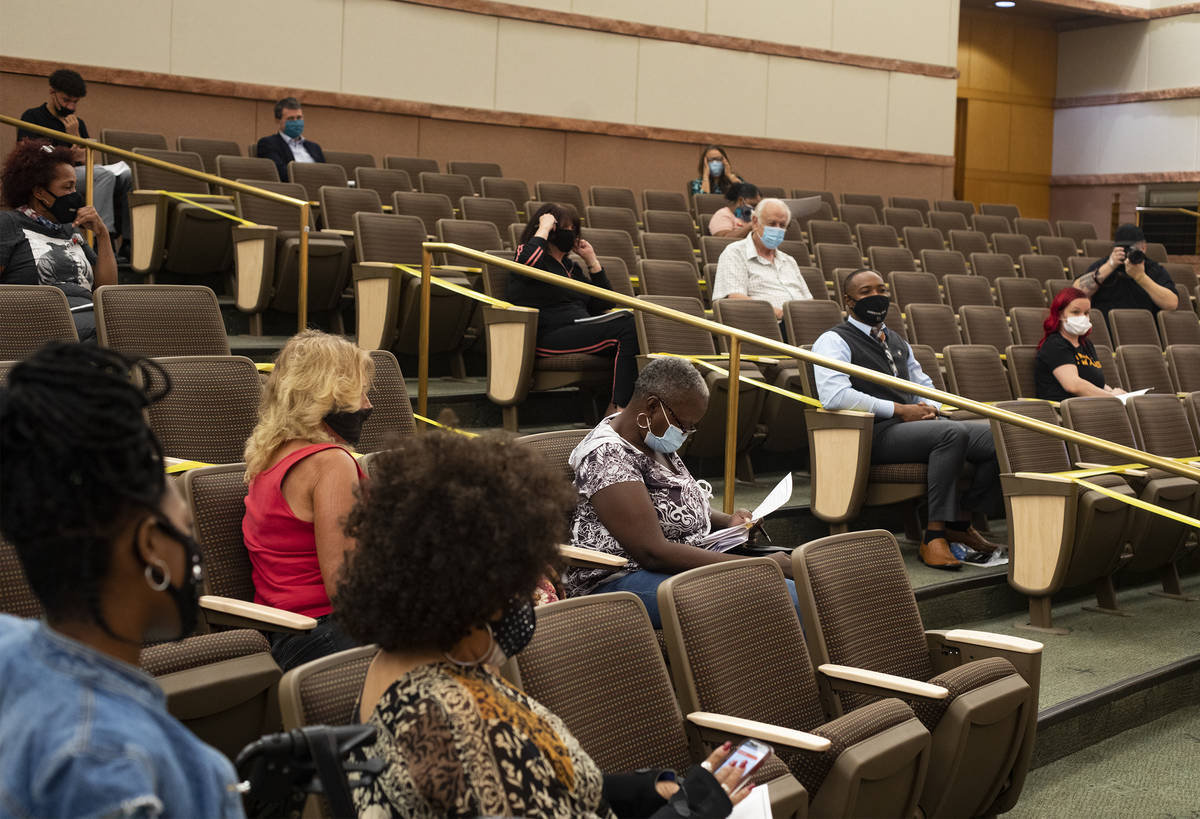 Despite spending nearly $300 million in coronavirus relief funds on a wide range of programs to support a public reeling from the pandemic, Clark County estimates that remaining federal dollars will be insufficient to meet an outstanding demand for services.

County officials said Tuesday that, by June 30, they expect to have spent the entirety of $315 million in CARES Act money awarded to the county last year, leaving it about $183 million short to cover programs such as rental and utility assistance.

Officials said that new federal money set aside for the pandemic should help to fill at least some of the shortfall through the current fiscal year. The Consolidated Appropriations Act of 2021, signed into law late last month, is expected to directly provide $31.7 million to the county for rental assistance.

It is the same bill that extended the deadline through Dec. 31, 2021, for jurisdictions to spend their allotment of CARES Act funds received in April. As of Jan. 5, the county had spent all but $40 million, although county Chief Financial Officer Jessica Colvin said Tuesday that it would have been completely spent by Dec. 30 had the deadline not been stretched a year.

Money well spent, but not enough

And the efforts have paid off, according to Assistant County Manager Kevin Schiller. The county has administered close to 500,000 coronavirus tests over 211 days of community-wide testing; assisted 16,000 households with rental assistance; paid more than 63,000 utility accounts; mitigated 314 evictions; and donated 2.1 million meals to individuals and households in partnership with three dozen providers, among other things.

“Spending these dollars, under what we thought was such time constraints, to the letter of the law is beyond my comprehension just how challenging that was for you all,” Commissioner Michael Naft said, as he lauded county staff’s efforts in handling federal dollars with care.

But the divide between available funding and demand illustrates how deeply the pandemic has struck the region.

While the county had nearly $24 million remaining in rental assistance funding as of Jan. 5, there were roughly $91 million worth of applications in the queue. And even as it maintained $1.9 million for economic recovery programs, there was about $23 million in small business grant applications pending.

“We believe we will continue to receive applications through June 30, until the vaccination program is rolled out further and we see better improvements in the economy,” Colvin said.

On Tuesday, the commission agreed to reallocate certain CARES Act dollars to areas where officials knew there was no other mechanism to pay for the programs as officials continue to pursue any potentially available federal and state money.

Another stimulus bill in works?

Joanna Jacob, the county’s government affairs manager, said there have been rumors that Congress could pass another stimulus bill offering direct assistance to counties and cities, but she was not certain Tuesday where that stood.

Jacob also noted that last month’s appropriations bill will provide money directly to Nevada for issues critically important to the region such as public and mental health, unemployment, food security and broadband connectivity.

Meanwhile, Commission Chairwoman Marilyn Kirkpatrick said she has asked neighboring cities to collaborate on rental assistance by pooling money together, and that North Las Vegas and Henderson have so far agreed.

“I would bet across the country, we were the most conservative with our dollars but they went to the greatest good,” Kirkpatrick said.