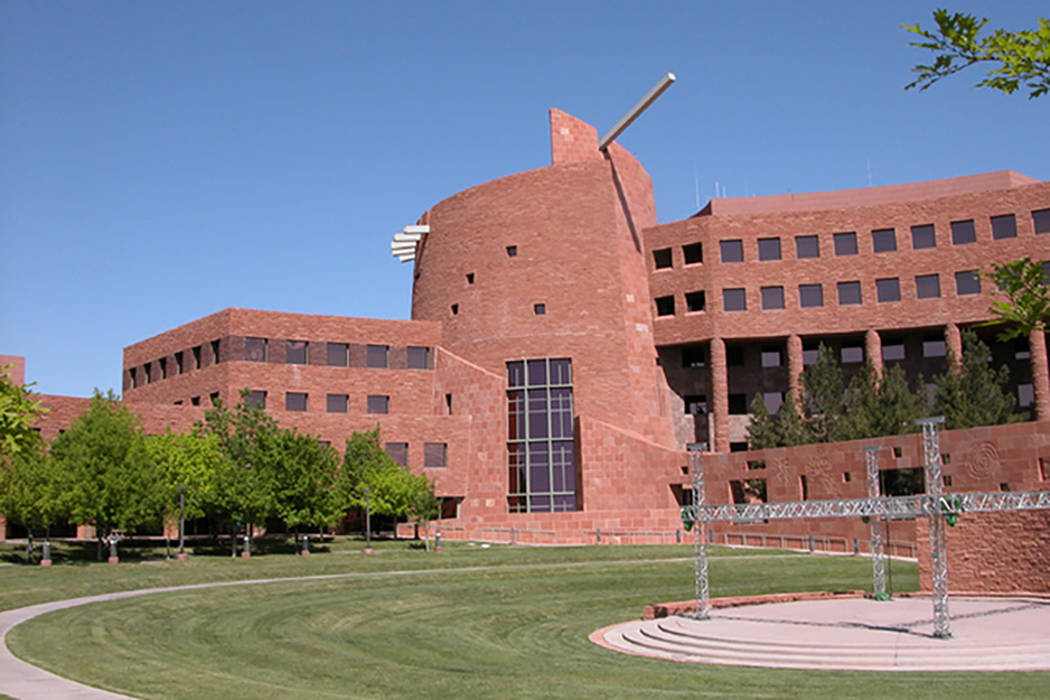 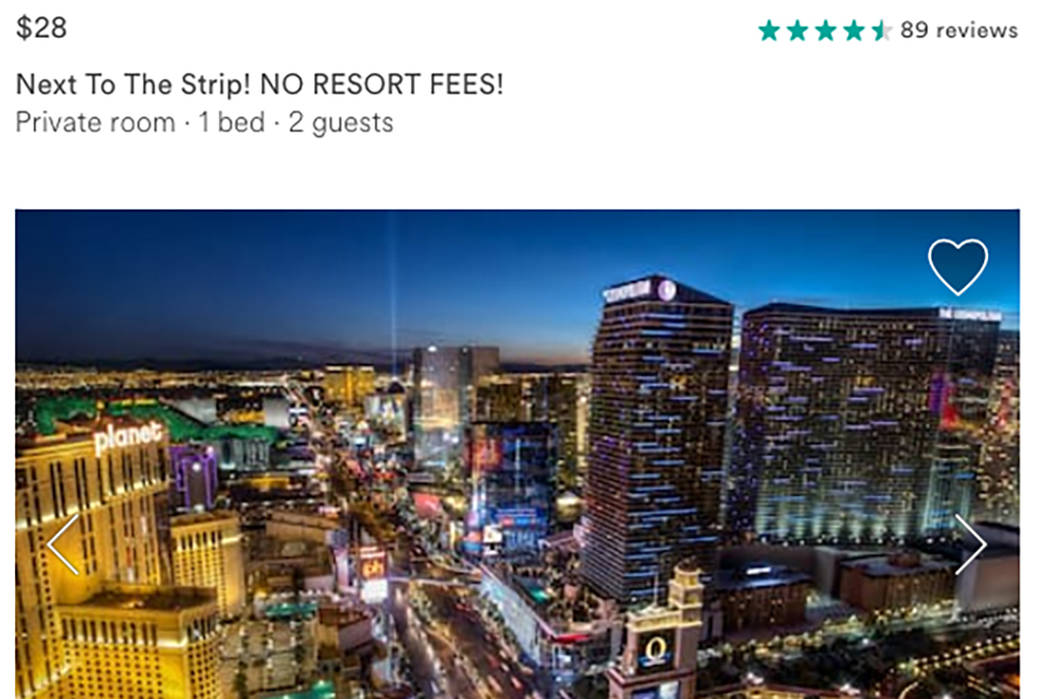 More than 718,000 people used the home-sharing service Airbnb in 20018 instead of booking a room at a Las Vegas hotel. (Airbnb)

Clark County officials on Tuesday strengthened rules meant to target short-term rentals, which are illegal throughout the unincorporated county.

Instead of civil penalties levied as a lien on a property, which Andersen said had proved ineffective in some instances, fines will now be issued as a bill accompanying property taxes.

Civil penalties are assessed at $1,000 per day.

Additionally, there will no longer be a so-called rehabilitation plan, under which violators submit a proposal for fixing an issue. Andersen said that tended to prolong the process. Now the county will simply send a deadline to stop operations with the notice of violation.

The ordinance was supported by several members of the public who lamented issues they said they had experienced with short-term rentals, defined by the county as the lease of a residential property for 30 or fewer consecutive calendar days.

But the county’s new bill also addresses abandoned and derelict properties, according to Andersen, giving officials the teeth to force owners to rehabilitate or demolish buildings or face fines.

“We think that’s going to help with a lot of our properties that have become nuisances in neighborhoods with squatter issues and that sort of thing,” he said.

The commission also authorized $52.6 million in financing to boost the amount of affordable housing in the county, including $26 million to construct and rehabilitate two apartment complexes for hundreds of low-income seniors and families.

Once completed, the Blue Diamond Senior Apartments will have 112 one-bedroom units and 83 two-bedroom units for low-income seniors. The project, on the southeast corner of Blue Diamond Road between South Fort Apache Road and South El Capitan Way, is expected to open in summer 2021, officials said.

The Woodcreek Apartments, an existing complex at 4485 Pennwood Ave., near Arville Street, will be renovated over the next 12 to 18 months. The 232-unit complex will be required to remain affordable under federal housing rules through 2050, according to officials.

Both complexes are reserved only for individuals who earn less than 60 percent of the area’s median income.

The financing to pay for parts of these projects was approved through tax-exempt private activity bonds that will also be allocated to Nevada Housing Division single family mortgage programs and the Nevada Rural Housing Authority mortgage credit certificate program, officials said.