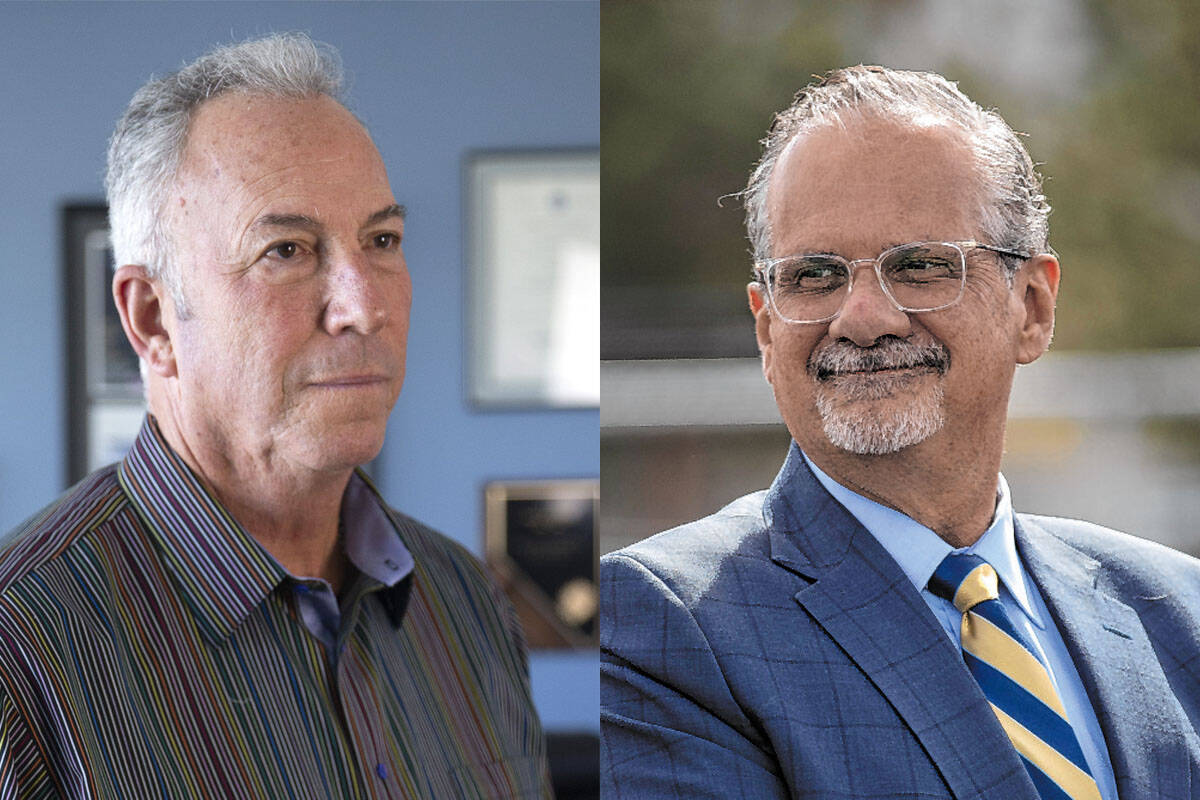 In a statement released Wednesday morning, Fumo said he would be waiting on final counts after all ballots are counted.

“While the results are not what we had hoped for, I am extremely proud of the campaign we have run,” Fumo said. “We anticipate that in the coming days, many more ballots will be counted by hardworking election officials, and we look forward to reviewing the final results when counting is complete.”

Tuesday’s preliminary totals only include the mail-in ballots received and counted by the county up to Tuesday, as well as votes that were cast in-person during early voting and on Election Day. Mail ballots postmarked by Tuesday and received by Saturday will continue to be counted, which will change the final tally.

“Together, we have shed light on the injustices of our legal system here in Nevada, and have fought valiantly for the guiding principle of our courts: equal justice under the law,” he said.

On Wednesday afternoon, Wolfson told the Review-Journal he wasn’t concerned about the additional ballots that have yet to be counted.

“I feel pretty confident,” he said.

Wolfson said he expected the initial election results based off polling he did, and that he is looking forward to facing Treffinger in the general election.

“I’m very proud of the work that my team did, and I’m very honored that the citizens of Clark County chose me to be the Democratic nominee for District Attorney,” he said.

Wolfson, 67, was first appointed district attorney in 2012 and was re-elected in 2014 and 2018. Prior to his appointment to office, Wolfson served on the Las Vegas City Council for nearly eight years, and worked as a criminal defense attorney for about 25 years.

Wolfson was backed by Nevada’s major police unions, and had called for limited criminal justice reforms but stopped short of referring to himself as a progressive candidate.

Meanwhile, Fumo ran on a platform that emphasized diversionary programs and eliminating the death penalty in Clark County. Fumo, 56, was previously elected to the Assembly in 2016, but gave up the seat to launch an unsuccessful bid for the Nevada Supreme Court in 2020.

The two candidates exchanged multiple criticisms throughout the race. Most recently, Wolfson decried statements Fumo made on Twitter, where he vowed to not prosecute sex workers accused of prostitution-related crimes if he were to be elected.

Fumo has accused Wolfson of issuing “sweetheart deals” in high-profile cases throughout his tenure, and criticized him for dropping out of a candidate forum in March.

Wolfson has also criticized Fumo for remarks he made during an October panel at Boyd Law School, during which he referred to Nevada Supreme Court Justice Douglas Herndon as a “white supremacist” when discussing an incident in 2016 in which the judge asked public defender Erika Ballou to remove a “Black Lives Matter pin” she was wearing in his courtroom.