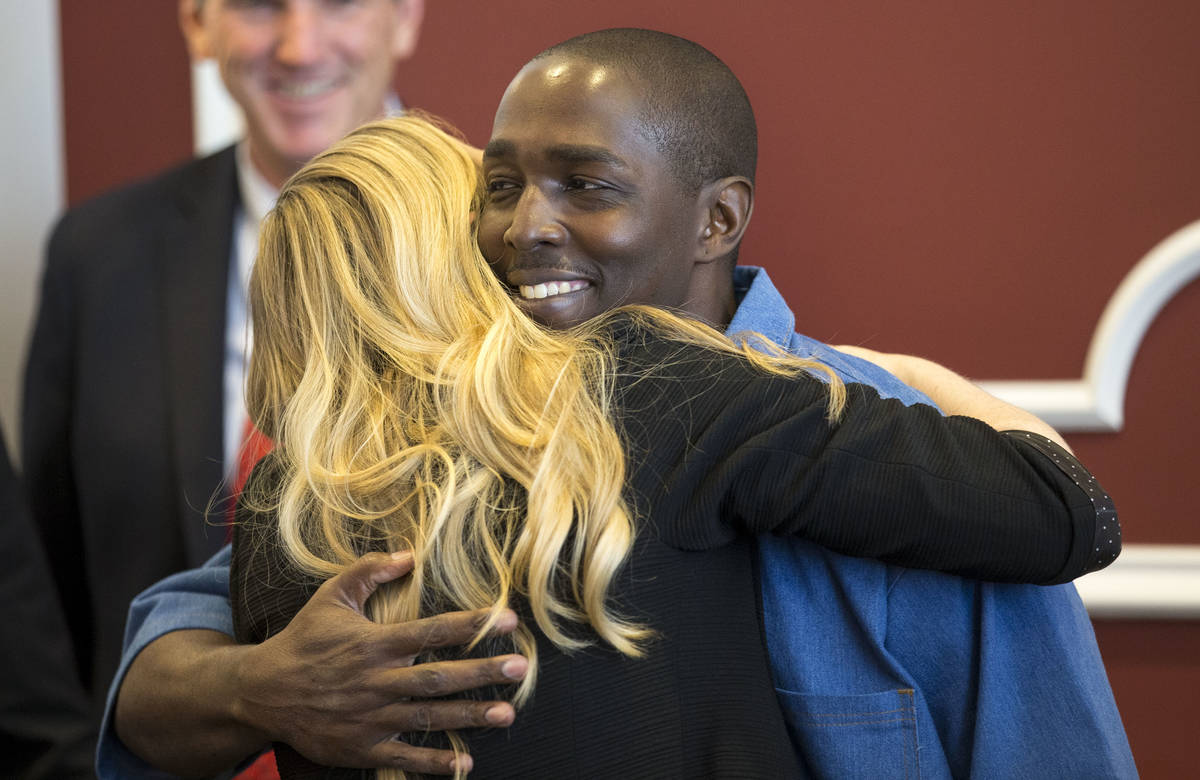 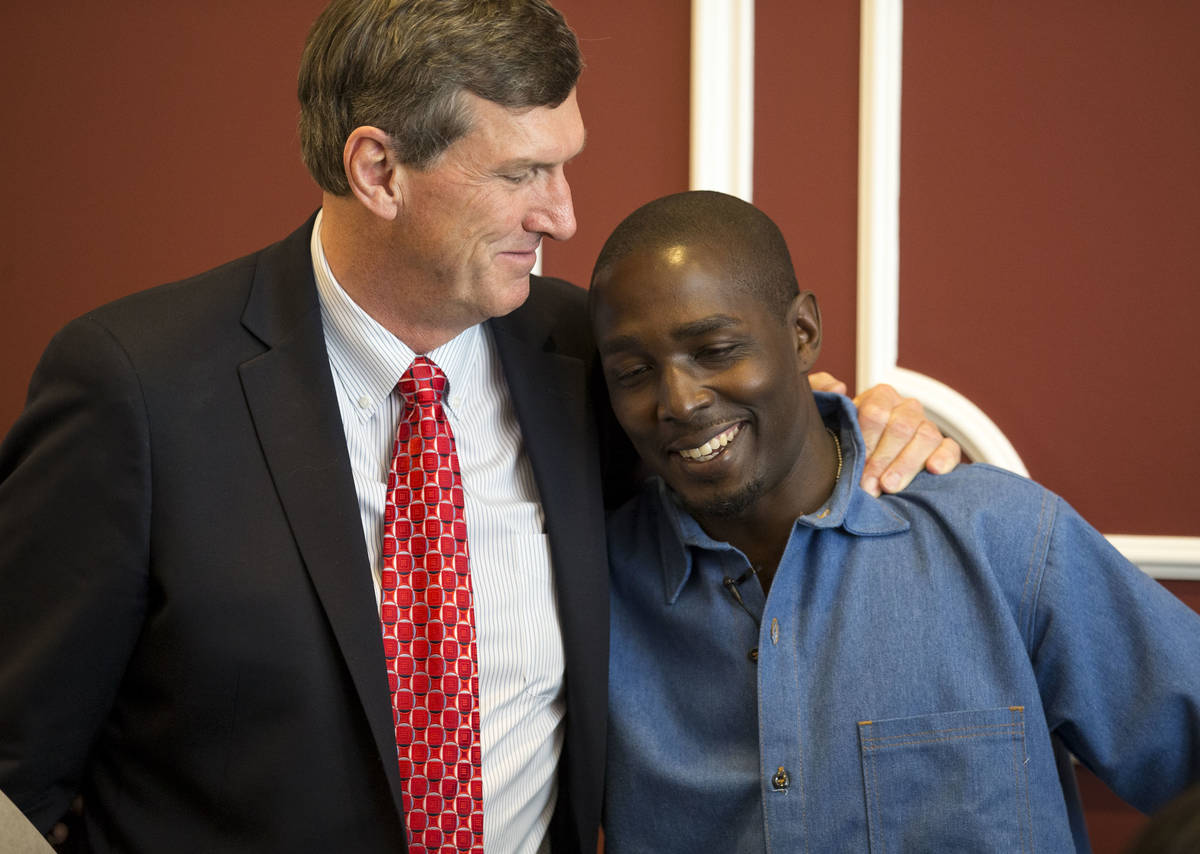 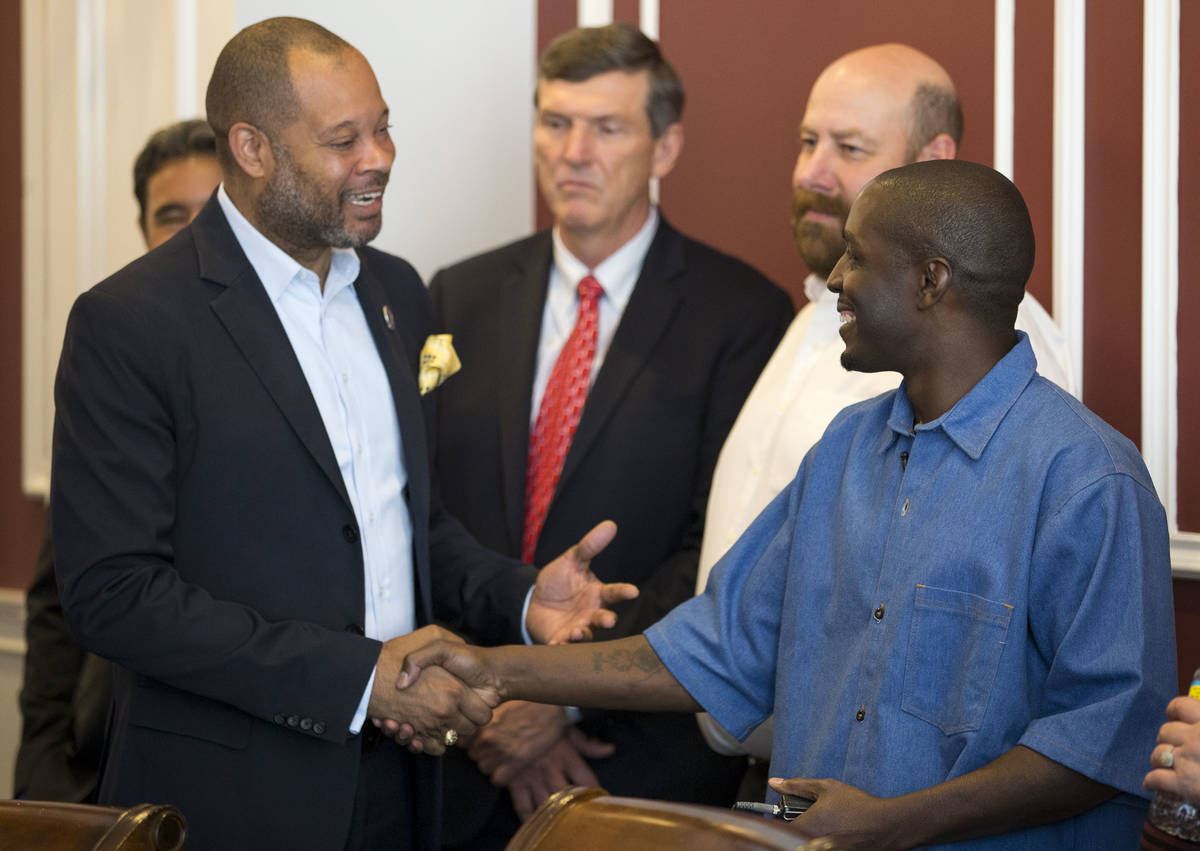 Clark County has agreed to pay $1.5 million as part of a broader $14.5 million settlement to resolve a federal lawsuit brought by DeMarlo Berry, a man who was wrongfully convicted of murder and imprisoned for more than two decades.

The county commission on Tuesday agreed to the payout after Berry sued the county and the Las Vegas Metropolitan Police Department in 2019, alleging his wrongful conviction in the 1994 killing of Charles Burkes was the result of misconduct by detectives and the prosecution.

The settlement must still be approved by Metro and the court.

Berry’s conviction was overturned in 2017 after another man serving a life sentence in California for a different murder confessed to the crime. Last year, Berry was awarded more than $2.2 million in damages from Nevada and became the first person to receive a certificate of innocence under a 2019 state law that affords compensation to people wrongfully convicted in Nevada.

The $1.5 million payout approved by the county represents its share of the lawsuit settlement. Metro and its insurance carrier would pay the remaining $13 million balance under the deal, according to a county staff report.

But a Metro spokesman said the department had not yet approved its share. The county, which initially said that Metro’s fiscal affairs committee had signed off, corrected itself later Tuesday. Both declined to comment on the settlement terms and messages left for Berry’s lawyer were not immediately returned.

In a separate case, a man who spent nearly 20 years in state prison for a murder he did not commit was awarded $1.4 million by a judge on Monday. Fred Steese was declared innocent in 2012, pardoned in 2017 and awarded $75,000 for every year he wrongfully spent in prison.

Berry, who was released from prison in June 2017, was only 19 years old when Burkes, a manager at a Carl’s Jr. restaurant in Las Vegas, was shot and killed during an armed robbery.

The lawsuit accuses detectives of botching the investigation; feeding key details to a jailhouse informant who they allegedly pushed to falsely claim Berry had confessed to the killing; and suggesting to a cashier that Berry was the suspect during a photographic lineup.

Detectives focused on Berry despite no physical or other evidence linking him to the crime, and ignored evidence implicating the man who ultimately confessed to the killing, according to the federal complaint.

“The misconduct in Berry’s case was part of a larger pattern of police misconduct of which defendants were aware,” the lawsuit claimed.

The district attorney’s office relied on the investigation to prosecute Berry, even though there were issues with witnesses who gave descriptions that clearly did not match Berry, according to the lawsuit.

Berry was sentenced to life in prison plus a consecutive 25 years in 1995. The conviction was vacated after Berry secured assistance years earlier from the Rocky Mountain Innocence Center and following a reopened investigation by the district attorney’s newly formed conviction review unit.

A previous version of this story incorrectly stated that Metro had approved its share of the settlement.