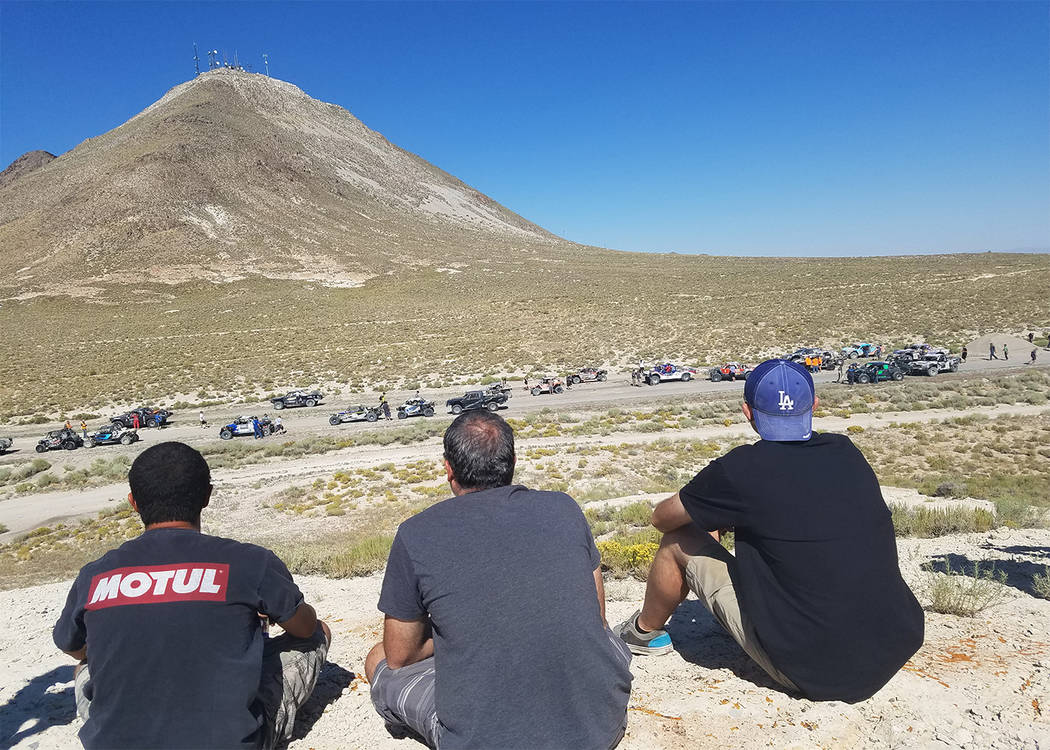 After criticism from off-roaders and environmentalists, the Clark County Commission has delayed action on a proposal to create three new recreation areas for all-terrain vehicles. (Las Vegas Review-Journal file)

After criticism from off-roaders and environmentalists, the Clark County Commission has delayed action on a proposal to create three new recreation areas for all-terrain vehicles.

Commissioners were set to vote Tuesday on a resolution seeking congressional action to establish the recreation areas on more than 100,000 acres of federal land in three locations south of the Las Vegas Valley.

Instead, Commission Chairwoman Marilyn Kirkpatrick said the plan would be sent back to the county’s Off-Highway Vehicle Advisory Committee for possible retooling.

She said it will be up to the committee to decide when — or if — the proposal is brought back to the commission for consideration.

Opponents of the plan applauded the delay.

During the public comment portion of Tuesday’s commission meeting, several off-roaders said they hoped the county would seek more input from interested parties before bringing the plan back.

“This is a poorly thought out proposal with significant environmental conflicts and has been arrived at through a flawed and corrupt process,” Donnelly said in a letter to commissioners.

Kirkpatrick said she was “really disappointed” by reaction to the suggested off-road recreation areas. She said the OHV advisory committee, which she helped create, spent several months developing the plan in meetings that were open to anyone who wanted to attend.

The recreation areas would have covered 50,080 acres near the town of Nelson, south of Boulder City; 40,754 acres along the state’s southern boundary from Primm to Sandy Valley; and 19,811 acres northwest of Laughlin.

But some off-roaders said those sites are a poor substitute for other, better patches of desert they stand to lose if the county proceeds with its public lands plan.

In June, commissioners approved a separate resolution outlining a host of public lands issues they want to see addressed through federal legislation. That wish list included about 376,000 acres of new protected areas and the release of 45,000 acres of public land for commercial and residential development between Sloan and Jean, a place popular with off-road racers.

County officials hope to finish draft language for the proposed lands bill by the end of the month so it can be introduced in Congress by a member of the Nevada delegation.

Kirkpatrick said she sympathizes with off-roaders who feel like they are being squeezed out of their favorite spots, but times change.

“This is no longer the wild, wild West that I grew up in,” she said. “It’s a metropolitan community.”