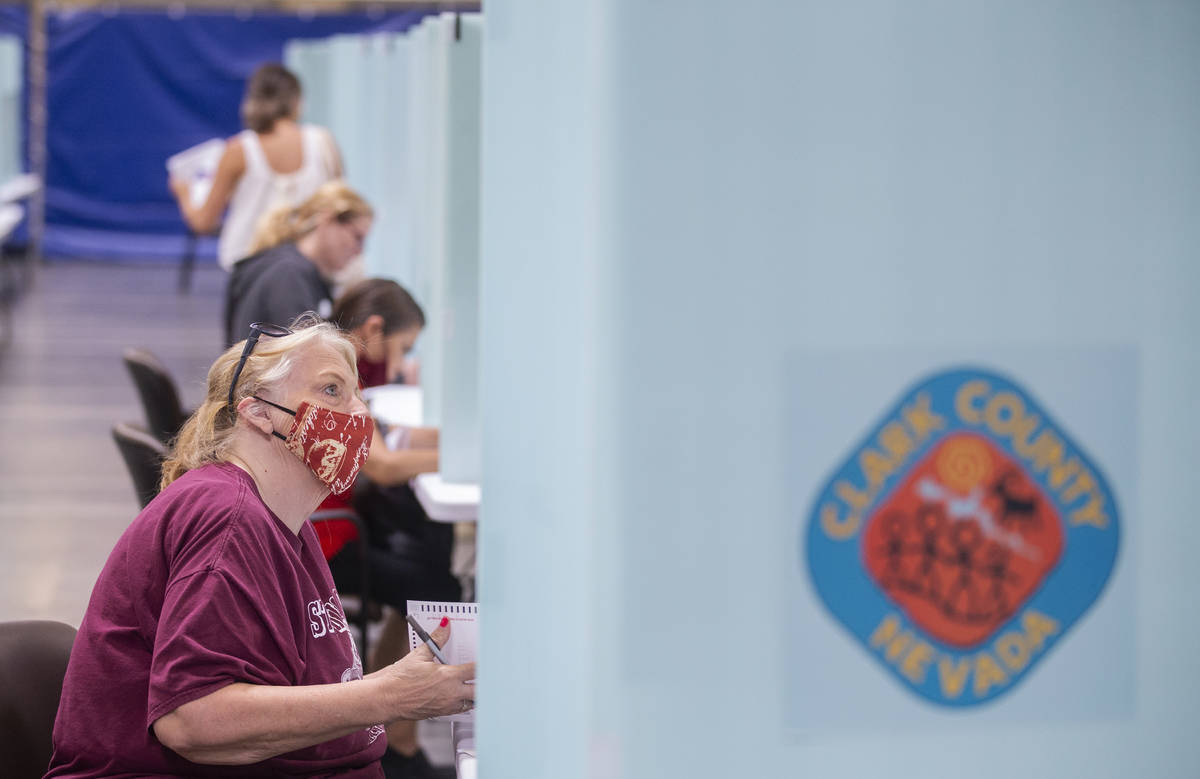 Clark County Commissioners on Friday supported sending mail ballots to all voters in the November general election, a recommendation made by the county’s top election official who said he expects the coronavirus to create challenges for an anticipated massive turnout in the fall.

“There’s no reason to believe that it’s mysteriously going to go away,” Registrar of Voters Joe Gloria said about the virus. “We’ll still have to makes sure that we’re social distancing at all of our polling places, which creates an extreme challenge for us when we’re trying to serve what I think will be a 90-percent turnout in the general election.”

Although the commission backed the strategy, which would be coupled with touch-screen machines during early voting and on Election Day, the state will ultimately have to sign off on the plan.

Gloria recommended setting up 35 early voting sites leading up to the general election, with 20 hosted in county and city government facilities where public safety protocols could be more controlled. Another dozen sites would be in tents, including in front of malls.

He warned that the coronavirus will make it difficult to secure traditional polling sites and to recruit and train workers who will be comfortable at the polls.

Commissioners also supported not sending mail ballots to inactive voters as the county did during the primary election June 9, a move that was prompted by an ongoing lawsuit by state and national Democrats.

Gloria said the county spent more than $200,000 to send ballots to about 200,000 inactive voters. The county received nearly as many ballots back during the election, and Gloria believed many of those were from inactive voters. (Inactive voters are registered voters who who have been sent election postcards that have been returned to the county as undeliverable. After missing two general elections, inactive voters’ registration is canceled.)

Ultimately, commissioners were comfortable with not sending ballots to inactive voters because they would be able to alternatively vote at a polling location.

Gloria also assured county lawmakers that voters would not be able to cast both a mail and touchscreen vote, noting that the system would detect whether someone had already voted.

The talks Friday came as the county elections office seeks to avoid the troubles experienced earlier this month when some voters waited in line for more than seven hours in a larger-than-expected election day turnout. Of the roughly 305,000 county voters who cast a ballot, a turnout of nearly 27 percent, about 3,200 did so in-person during early voting and primary day, according to Gloria.