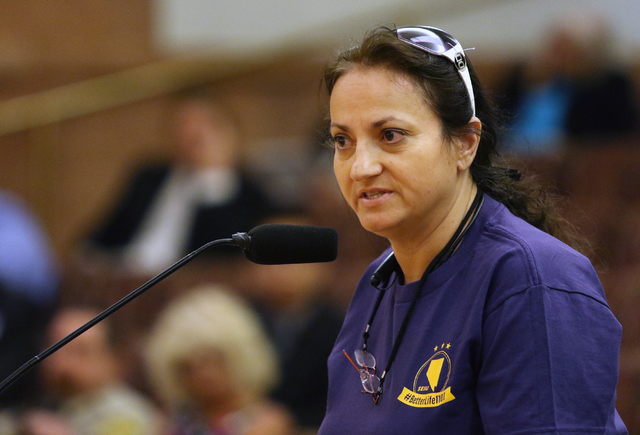 More than 5,000 Clark County employees will be guaranteed 2 percent raises this summer if county commissioners approve their union’s new contracts on Tuesday.

After several months of fruitless bargaining that began in January, Service Employees International Union Local 1107 and the county reached final tentative agreements for three-year contracts for both the supervisory and non-supervisory bargaining units last week.

Negotiations were at an impasse in April.

“I am thrilled,” said Brenda Marzen, an SEIU bargaining team member and county employee. “It was a burden to try to get this done on time, and the team came together and made it happen.”

This week, 96 percent of SEIU-affiliated county employees in both bargaining units voted in favor of the contracts, SEIU spokeswoman Karen Backus said. If commissioners approve it, the contract will go into effect July 1. The current contract expires June 30.

The pay increases will cost the county about $9 million, according to estimates the county released this week.

The turnaround comes on the heels of a shakeup of SEIU 1107 leadership. Its parent union ousted the local’s president and executive vice president in May and immediately replaced the contract bargaining team’s lead negotiator. Contract benefits

SEIU-affiliated employees would not have been eligible for raises until a new contract was in place.

“It’s a benefit to our employees to have a settled contract on July 1 so that there aren’t those employees who are impacted by having their salaries frozen until such time there is an agreement reached,” county manager Yolanda King said.

The new contract only guarantees a cost of living increase for employees in its first year.

However, SEIU 1107 reports negotiations will reopen in the second and third years.

Employees who have not topped out their salaries can earn an additional performance-based raise of up to 4 percent each year.

In a new provision, the contract will allow county employees to request the removal of performance-related suspensions from their personnel file after 30 months, so long as they have no additional discipline.

Clark County commissioners will vote whether to approve other union contracts this month. These contract also stipulate cost-of-living raises for represented employees.

Clark County Defenders Union-affiliated employees received a 2 percent wage increase, estimated to cost the county $438,089 over the next year.

Clark County District Attorney Investigators Association-affiliated employees could receive a 2 percent wage increase, estimated to cost the county $63,586 over the next year.

Clark County Prosecutors Association-affiliated employees could receive a 2 percent wage increase, estimated to cost the county $502,177 over the next year.

The county is also considering giving its non-unionized, non-management employees a percent wage increase, estimated to cost $1,527,978 over the next year.