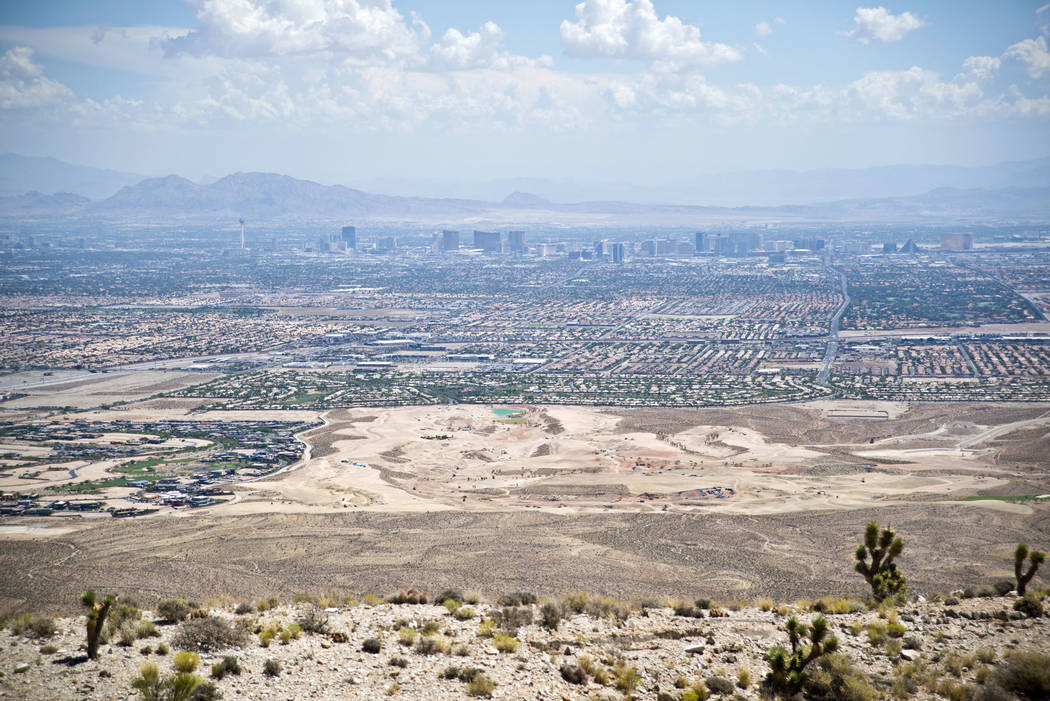 The Las Vegas Strip is visible from the edge of the site of a proposed community at the Blue Diamond Hill Gypsum mine near the town of Blue Diamond on Thursday, Aug. 11, 2016. Daniel Clark/Las Vegas Review-Journal Follow @DanJClarkPhoto 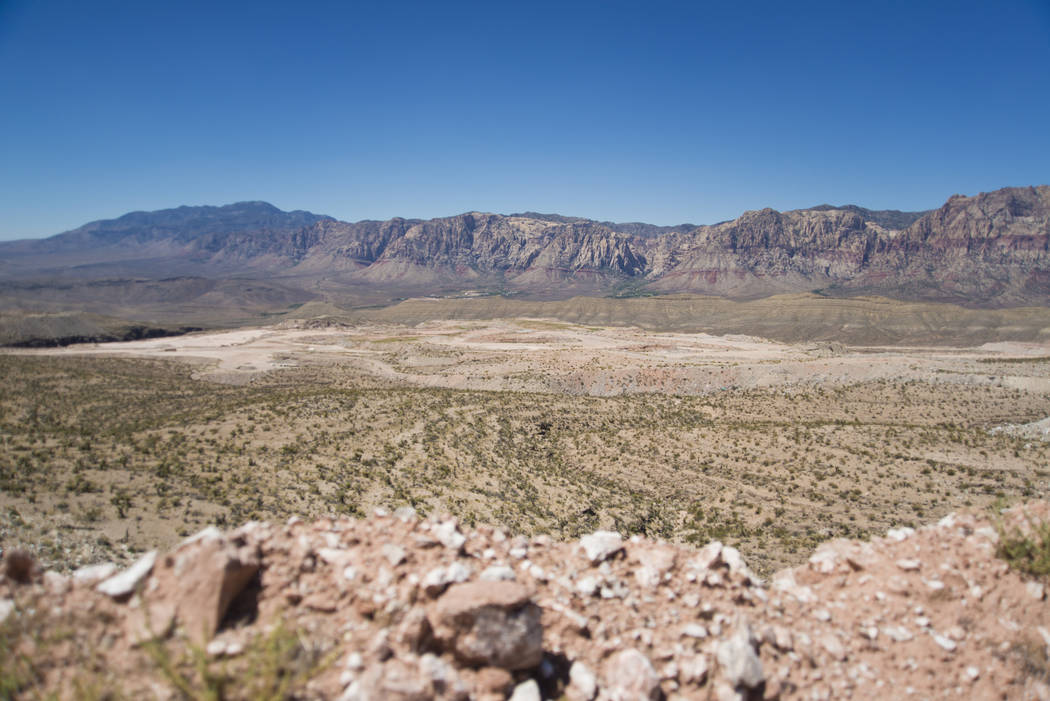 The site of a proposed community is seen inside the Blue Diamond Hill Gypsum mine near the town of Blue Diamond on Thursday, Aug. 11, 2016. Daniel Clark/Las Vegas Review-Journal Follow @DanJClarkPhoto 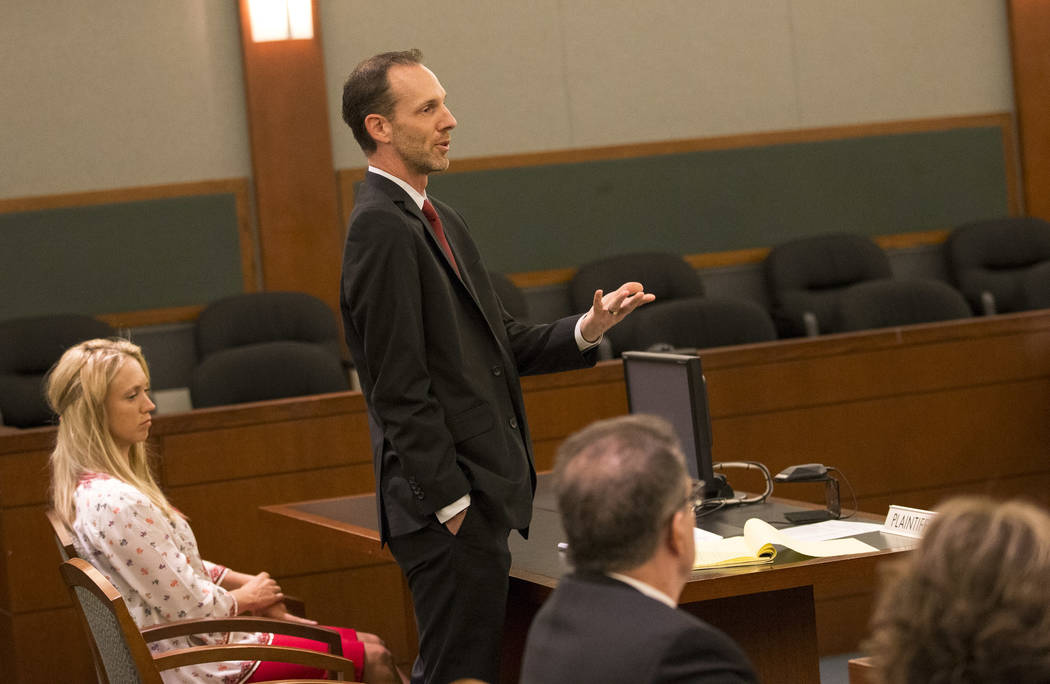 Clark County is seeking a pre-trial ruling against an environmental nonprofit suing to block a controversial development near Red Rock Canyon.

The county filed a motion for summary judgment in district court on Friday. In the motion, the county states nonprofit Save Red Rock has produced no evidence it will suffer irreparable harm if the county processes plans from developer Jim Rhodes to build thousands of homes on Blue Diamond Hill.

Save Red Rock has claimed building the hilltop community — proposed to be 3,500 homes spread over 2,010 acres — would damage the surrounding area by increasing traffic, generating noise and lowering the value of nearby homes.

“(Save Red Rock’s) claims of harm are purely speculative, with no studies or analysis to substantiate its claims,” the county’s motion states.

The lawsuit has been ongoing since December 2016. It is scheduled to go to trial in September.

The county’s motion also states that Save Red Rock has failed to present any evidence that county commissioners violated open meeting laws during a February 2017 zoning meeting where commissioners voted 5-2 to recognize that a five-year-old concept plan for the project had not expired and could be processed by county staff.

Save Red Rock attorney Justin Jones said Monday that the nonprofit had been vigorously working to prove its claims.

“I am confident that when Save Red Rock presents its evidence in opposition to the motions, the court will agree that this case must proceed to trial,” he said.

Rhodes’ gypsum mining business, Gypsum Resources, which submitted the development plans and is another party in the lawsuit, also filed a motion for summary judgment Friday.

Attorneys for the company claim Save Red Rock has been unable to identify any specific person who would be damaged by the development.

“We’ve gone through our discovery phases and depositions,” Gypsum Resources spokesman Ron Krater said. “So I think all the evidence has been gathered, the testimony has been gathered and the facts have been brought forward.”